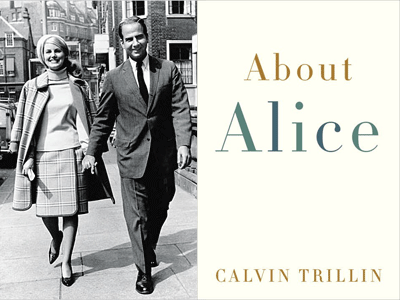 By
Lara McCallister
No items found.
on
Category:
Reviews

Get your tissues folks, and prepare for a realistic look at life, love, and loss. Writer Calvin Trillin’s About Alice takes a look at a grieving husband, Calvin (played by Jeffrey Bean) as he reminisces about the unforgettable times he had with his wife, Alice (played by Carrie Paff). The show is told as sort of a narrative, with both characters regularly breaking the fourth wall to let the audience in on certain events that the other might have missed.

Walking into the White Heron Theatre Company’s developmental workshop of the show, I had no idea what to expect. This was a preview for the show before its world premiere in 2019 at the Theatre for New Audience, Polonsky Shakespeare Center in Brooklyn, which means little use of props and no crazy set, no pulley systems or scrim: just the actors on a bare stage, with some lights and sound cues for the purpose of fulfilling the needs of the script. While some might expect a dull and dreary experience squinting to stay awake while listening to unembellished dialogue, I could not take my eyes off the stage. Perhaps what made the show full of such grit was the combination of three essential aspects: the direction the writing, and the actors. Calvin Trillin’s writing is formal yet casual, realistic, yet based almost entirely on the recollection of memories. The arc of the play takes twists and turns; right when you begin to forget about Alice’s trials and tribulations, Trillin gives you an emotional right hook square to the face.

Such a phenomenal script depends on actors that can tell the story justice; besides, the ability to retrospectively convey different emotions from different stages of a relationship is no easy feat. Luckily, the actors surpassed my expectations. Not only did they excel in performing a realistic account of a long term relationship, they had indescribable chemistry. Companion love, one that includes both trust and playful banter, is a concept that these actors nailed. Special shoutout to Bean for his captivating tone and incredible storytelling ability.  Add director Leonard Foglia’s natural blocking, and you have a recipe for a heart wrenching show that’ll leave the audience sniffling and wiping the tears from their eyes. ‍

About Alice is now playing in the White Heron Theatre Company in Nantucket, Massachusetts until August 25. You can purchase tickets here: https://bit.ly/2MqyLzD