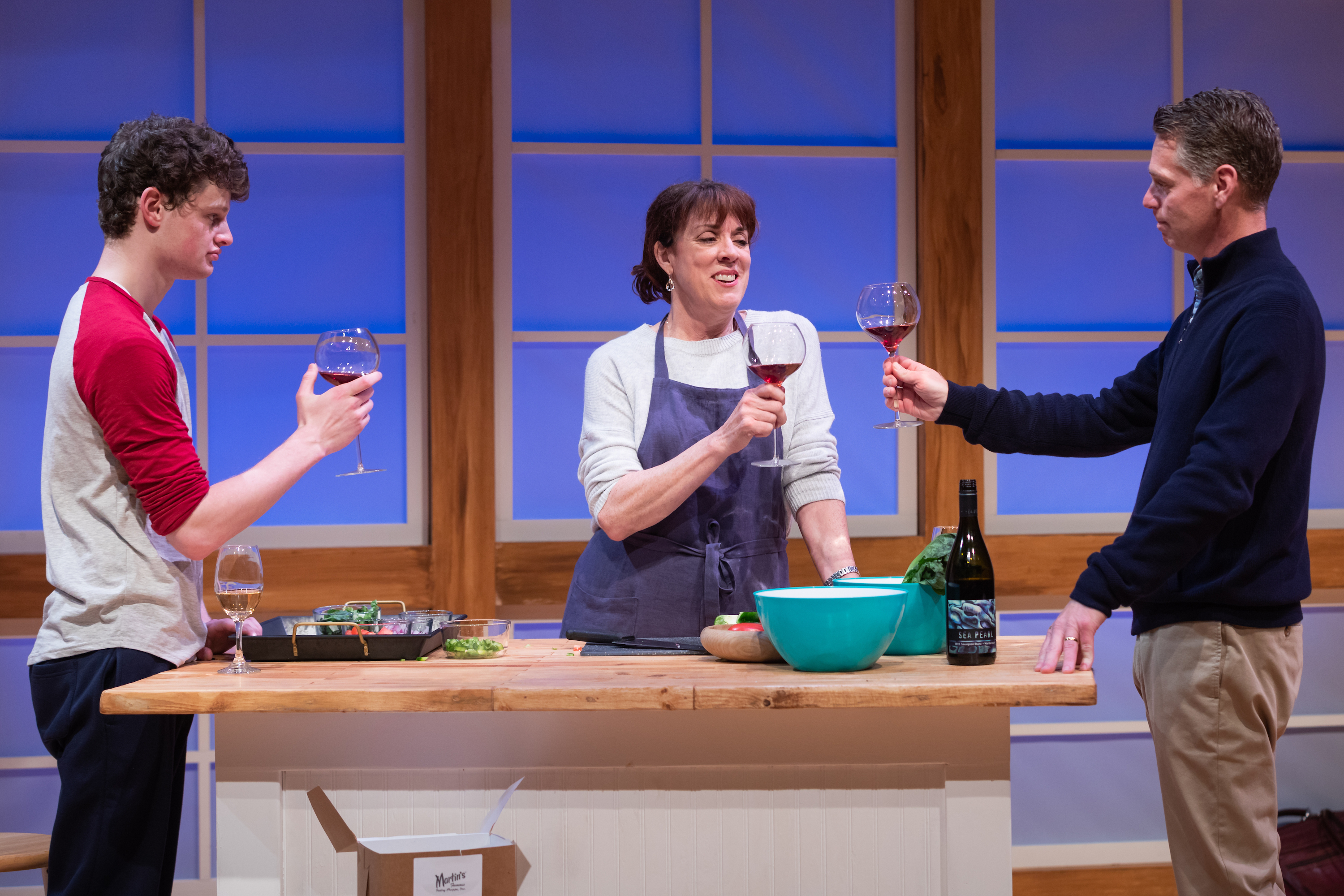 Mere hours before SpeakEasy Stage Company's production of Joshua Harmon’s Admissions began performances, Felicity Huffman was released early from her 14-day prison sentence after paying a proctor to adjust her daughter’s SAT answers (see here). Harmon, no stranger to Boston audiences–Bad Jews and Significant Other–has struck gold with his latest play, unpacking what exactly it means to be a white liberal in today’s society.

The show premiered down in New York at Lincoln Center Theater before finding wildly successful productions in Chicago, D.C., and London. Now in Boston for the first time, Producing Artistic Director Paul Daigneault helms a rather terrific cast in this timely and provocative new play. Featuring an ensemble of five white actors, Harmon examines race and privilege using his witty, satirical style of writing that we have all come to love.

In Admissions, we meet Sherri (Maureen Keiller), the Director of Admissions at Hillcrest, an elite prep school in New Hampshire. Along with her husband, Bill (Michael Kaye), and son, high school senior Charlie (Nathan Malin), this seemingly perfect upper-middle class family must make some hard choices when Charlie gets deferred from his dream school. Harmon has written a monstrous monologue for Charlie delivered with an eerie fervor by Malin that covers almost every debate of race currently held in America. Keiller’s ability to switch from motherly love to delirious school administrator is wonderful to watch on stage. I particularly loved Kaye as the school headmaster/dad to Charlie for being able to provide a different viewpoint to almost every situation.

Rounding out the cast are Boston favorites Marianna Bassham as Ginnie, Sherri’s best friend, and the always wonderful Cheryl McMahon as the school’s development officer who “doesn’t see race”. Bassham plays the one truly grounded character of the show with passion and heartache. McMahon, always hilarious, brings the lighter moments of the show including a two minute routine of zipping up her winter coat that is utterly delicious.

Set designer Eric Levenson has created a stunning New Hampshire home that doubles as Sherri’s office at the school. Paired with Karen Perlow’s stark lighting, the pair make the harsh New Hampshire winter come to life (even if Charlie claims it’s not that bad due to Global Warming). Charles Schoonmaker designed a lovely palate of costumes and Dewey Dellay provides original music and sound design.

As an advertisement states, this is a play by the left, for the left. Admissions is one of those shows that makes the audience uncomfortable and nearly begs for a post-show conversation to be had. There is so much to unpack that I know I will be thinking about it for weeks, and that is the definition of good theatre. Go see the show and join the conversation–you won’t regret it.

‘Admissions’ is playing at Calderwood Pavilion now until November 30.  Get tickets here: http://www.speakeasystage.com/