Once Review - The Cape Playhouse 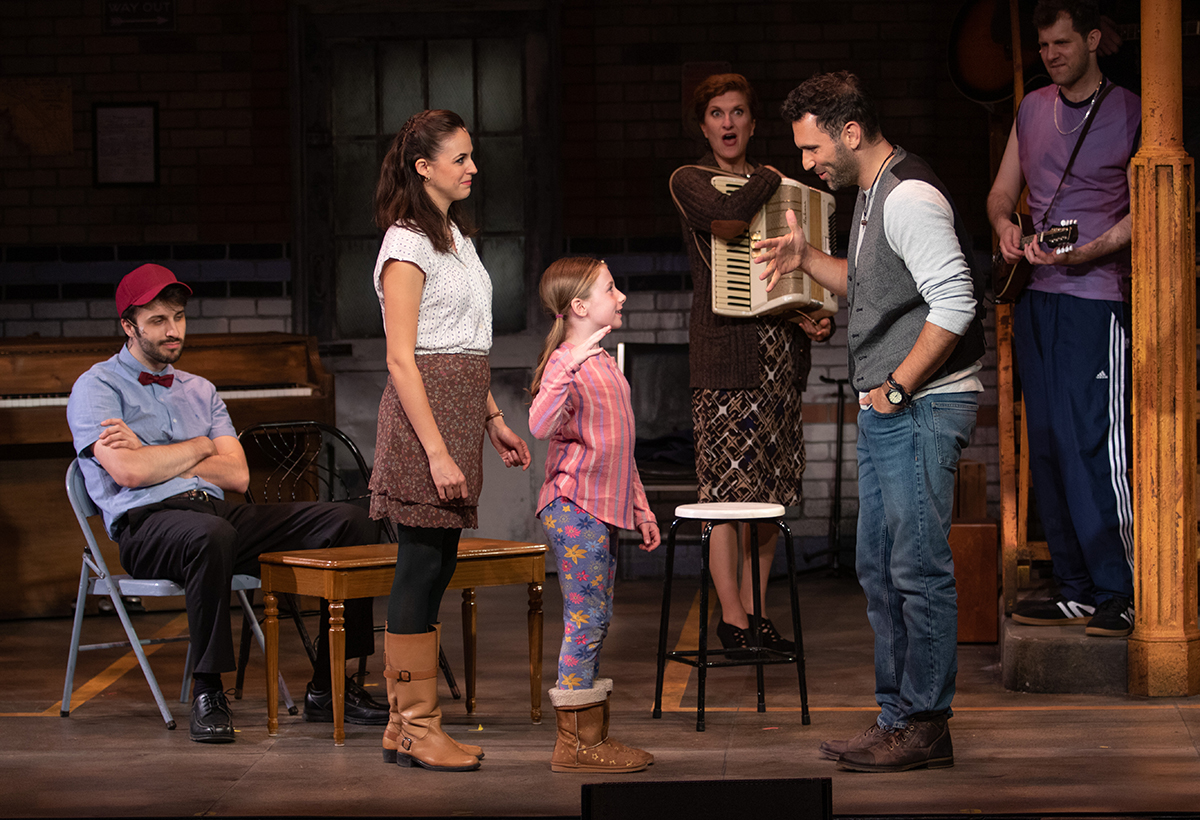 “Life is good eh...even in Dublin” - well I would say life is great right here on Cape Cod!  Of course that line comes from Once, the 2012 Tony Winning Best Musical now playing at the Cape Playhouse.  The third show of their summer season brings all of the emotions in this crowd-pleasing hit.

No stranger to Boston theatre fans, Once had its first workshop back in 2011 at the American Repertory Theatre, the national tour has stopped by and SpeakEasy Stage Company mounted it just a few months back.  Based off the 2007 film of the same name, this powerful musical tells the story of an Irish singer and vacuum repairman (known as Guy) who meets a Czech woman (known as Girl) on the streets of Ireland.  Over the course of a week they form a special bond together due to their love of music.  Glen Hansard and Markéta Irglová return to their piece after writing the music and lyrics for the movie.  Add in playwright Enda Walsh and there is no wonder why this show is so successful.

Director Hunter Foster returns to the Cape Playhouse to work on a show near and dear to his heart.  Theatre Talk Boston spoke with Mr. Foster after the performance where he noted that seeing the original production was one of the greatest theatrical events he has ever experienced and how he could not wait to work on the show himself.  Foster has assembled a topnotch team including four actors who were involved with the original production of the show.

Barry DeBois leads the show as Guy after playing the role in the national tour as well as regional houses around the country.  DeBois certainly brings the intensity and adds a genuineness to the character that is not always present.  His version of “Say It To Me Now” brought chills to the audience.  Elizabeth Nestlerode gracefully adopts the role of Girl with ease and grit.  Her vocal ability shines while retaining the harsh Czech accent throughout the entirety of the performance.

It must be noted that all actors assume the role of the orchestra playing a wide variety of instruments which is a true feat.  Shows at the Cape Playhouse only have two weeks to rehearse down in Manhattan before coming up to perform so to learn an entire show plus all the instruments is remarkable.  The ensemble of Once makes up the heart of this show.  Standouts include accordion-playing mother Tina Stafford, hilarious bank manager Benjamin Magnuson, and seductive friend Lisa Helmi Johanson - who is able to showcase her incredible vocal pipes.  Zach Spound takes on double duty as coffee addicted Svec and also as Music Director so a round of applause to him.  Every cast member had standout moments throughout the evening and the camaraderie that they have created produces an exciting night of theatre.

David L. Arsenault has designed a truly breathtaking set creating a lifelike Dublin factory right here on the Cape.  Its grandiose structure paired with Kirk Bookman’s pristine lighting design has formed one of the most intimate productions of this show I have seen to date.  Rounding out the production team is Joseph Palermo on sound and Gail Baldoni with costumes.

There is no doubt audiences love this musical -  it is the only show to win an Oscar, Grammy, Tony, and Olivier.  Head on out to the Cape for this lovely show, and don’t forget your tissues at home!

"Once" is playing at the Cape Playhouse now until July 20th.  Get tickets here: www.capeplayhouse.com