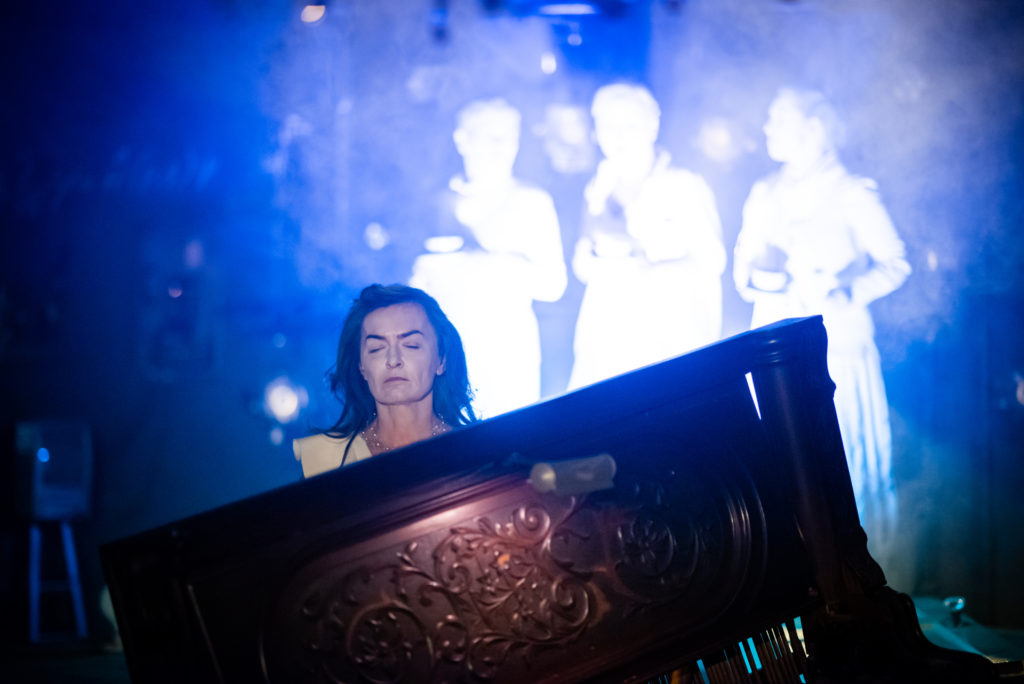 It’s not uncommon to learn about the events of World War II and its aftermath in history class, but oftentimes the stories of the people who lived through it and were affected by it remain unknown. Marius von Mayenburg’s The Stone strives to tell one of these stories.

The Stone, produced by the Arlekin Players Theatre, tells the story of various generations of Germans as they live through 60 years’ worth of history. As one German home is passed from family to family over the years, secrets about what happened inside get hidden away while others come rising to the surface. The Arlekin Players’ original production of this show ran from Sep. 13-19, 2019, but was recently digitally released in a limited run on YouTube.

The story The Stone covers multiple generations, which can be a difficult feat to accomplish in a stage play, which doesn’t have the editing benefits that come with media like films or television. But artistic director, Igor Golyak, tackled the issue head on through a series of decisions related to sound, lighting and set design.

Every time a time jump occurred, the lighting would become erratic with flashes of different colors as actors move around the stage to transition. The lighting was accompanied by electronic-sounding and unpredictable music and sound effects. These two elements combined created an almost supernatural science fiction-like feeling, which clearly sent the message that the story was moving through time.

The time jumps were made even more clear through a series of television screens that were incorporated into the set. As the scene changes were occurring, the screens would display what year the upcoming scene was meant to take place in. Not only does it serve as one more way to show that time changes are happening, but it also helps keep the various storylines that occur in the different years from getting mixed up. These directorial decisions were effective in making sure the audience understood what was happening on stage.

Characters were played by the same actors throughout the show, regardless of what year the scene was meant to take place in. Nevertheless, there was never a question about how old the characters were supposed to be in the different scenes. The actors were able to alter certain elements of their performance to show that their character was changing ages.

Darya Denisova, who played Witha, is an excellent example of this. Throughout the show, Denisova portrays a young adult woman, a mother and a grandmother, and her mannerisms change appropriately to demonstrate these changes. When portraying a grandmother, she hobbles around the stage and speaks with a weathered and ragged voice, which is noticeably different than her more reserved and naïve mannerisms when playing a young woman. But at the same time, there’s never a doubt that Denisova is still playing Witha, just at different ages. These talented performances from the actors is what helps make a show that covers a long span of time effective.

There’s careful attention paid to how the scenes work together to form the plot. While the plot isn’t linear, the ordering of the scenes still works together to tell a story in an effective way. The beginning scenes establish primary characters and what their stories are, and then the scene that follow complicate what’s already been established. Questions arise, and answers follow. “The Stone” is set up in a way that always keeps the audience questioning until the final bow. It’s engaging and forces the audience to be invested in the story that’s happening in front of them.

And therein lies the theme. At its core The Stone is a story about how we as human beings recount history and how history changes as it’s retold to protect people. It explores what happens when parts of history get buried and what happens when the truth comes to the surface.