ROW floats along on Audible — Review 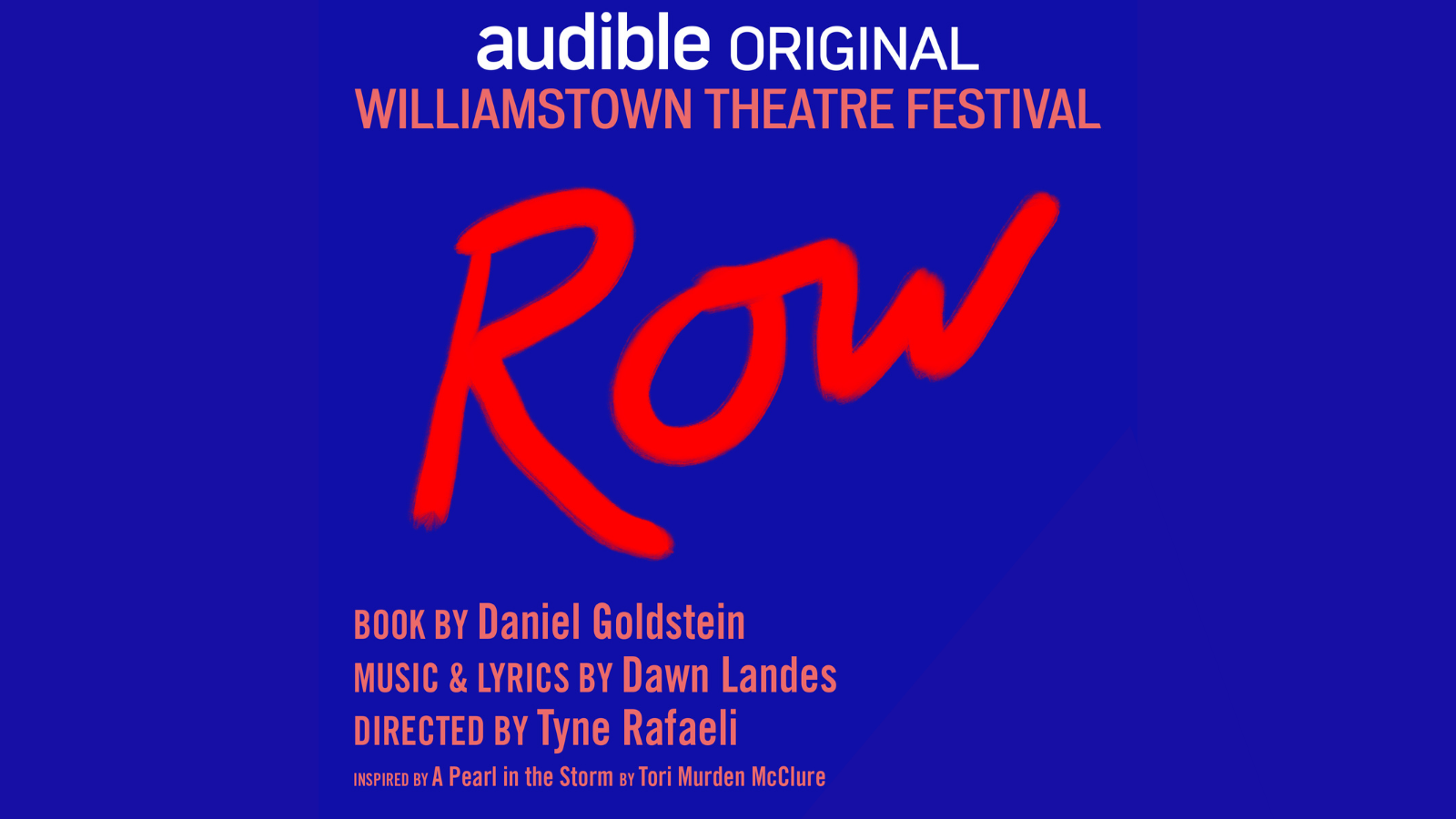 "Row" is now available on Audible
By
Juan A. Ramirez
No items found.
on
Category:
Reviews

And so, Williamstown Theatre Festival’s inaugural foray into the world of Audible theatre comes to a close, and they’ve chosen Row, a new musical based on Tori Murden McClure’s 1998 efforts to become the first woman to row solo across the Atlantic, as their closing piece. With a book by Daniel Goldstein and music and lyrics by singer-songwriter Dawn Landes, it’s a fine ending to an excellent season.

Inspired by McClure’s autobiography, A Pearl in the Storm, it is––yet again, for Williamstown––a fitting piece for an audio play. Tori (Grace McLean) guides us through her preparations and hesitations before setting out to sea, where isolation and uncertainty are constant threats to her chipper demeanor. McLean acquits herself impressively well in a role that, as written, often feels like a Disney princess stuck in “I Want” mode. Her voice is suitably confident and athletic for the unenviable task of paddling through what is essentially a one-woman audio production.

Dawn Landes’s music and lyrics are pleasant enough, though individual numbers becomes indistinguishably drowned out by the same climactic strings and distant drums that scores each song. The music, along with Tori’s gumption, is initially charming and, dare I say, empowering, until the sentimental ethos of Christian rock begins to take over as the rower grows closer to God. While this theological pivot provides a sweet conversation with a dying cancer patient at the hospital at which Tori works as a chaplain, it turns a remarkable tale of personal resilience into a ho-hum exercise in ersatz spirituality.

I say ersatz because, like Tori’s protective relationship with her differently abled brother Lamar (John McGinty), her spirituality is not explored in any meaningful or satisfying way. You’d think side plots to the ‘one woman alone on a boat’ story would be welcome diversions, but they only take up space that could be spent exploring Tori’s potentially complex motivations and interiority. Without this necessary emotional core or a strong directorial hand from Tyne Rafaeli, she is left mostly a vessel of vague aspirations and inspirations (performers imitating Tina Turner, Dolly Parton, Cher, and Barbra Streisand occasionally lend their vocals––another detail that seems two drafts away from completion).

It’s hard to be too tough on this production, though; the sweetness of its intentions and the dedication of its cast create the buoyant listening experience a year without musical theatre has left us craving. And, it should go without saying––and, God, I hope these comparisons are soon to be over––a little-known story about courage in the face of prolonged solitude is  a welcome one. With the recent announcement that the festival’s 2021 in-person will feature a staged production at The Clark Art Institute’s reflecting pool, I’m hopeful these kinks will get worked out, and that Row will sail safely to shore.