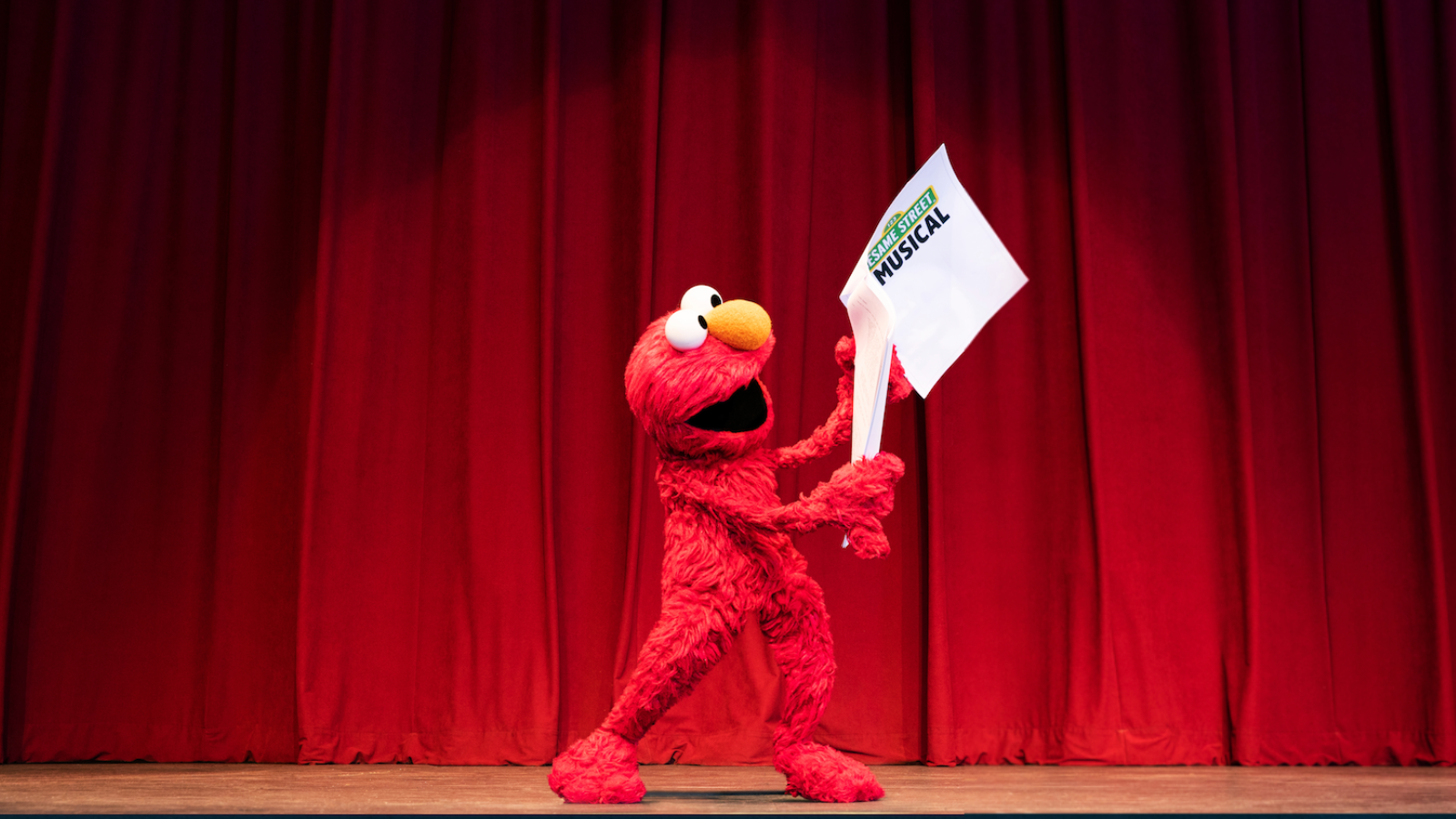 ‍Sesame Street: The Musical, now playing at Theatre Row Off-Broadway, is waiting for any family looking to experience theatre in a tight and fun 60-minute extravaganza. The musical, which features new songs by Tony winner Tom Kitt, KPOP composer-lyricist Helen Park, and others, offers charm and spectacle for all ages. There’s nicely paced audience participation to keep the young ones at attention and moments of cheeky humor to prevent too much eye-rolling from the adults.

The show is set backstage at a theatre as Elmo, Cookie Monster, Rosita, Abby, Bert, Ernie, The Count, Grover, Gabrielle, Oscar the Grouch, and more of our favorite furry friends put on a show. It’s a fairly meta experience that sets up the main plot, which follows a lost audience member, Stephen (Stephen Fala), who is selected to be the special guest in the musical-within-a-musical. The only problem is that he doesn’t know how to sing or dance! Fala plays the role well as a plucky-but-nervous performer but the actor knows not to upstage the loveable puppets surrounding him.

It’s a clever story device that allows Sesame Street to teach kids about musical theatre. For adults, it allows for jokes like Cookie Monster spouting lyrics like “Me Am What Me Am” in a nod to La Cage Aux Folles’ famed anthem. When someone asks Grover if he’s an actor, he replies, “yes, I’m a professional waiter.” Even more cleverly, Oscar is a theatre critic who enjoys a thumbs down (“I Love Trash”).

Almost every main resident gets their own song, but only half drive the putting-on-a-musical plot forward. That could be a problem, but it feels on brand given how Sesame Street’s episodes work as a series of vignettes. The upbeat rhythms, catchy lyrics, and valuable moral lessons that have become hallmarks are there, too. For example, “Let’s Get Into Costume” encourages imagination; “Believe In Yourself” is about confidence; and “Fuzzy and Blue” promotes acceptance of differences. Those message-laden songs come towards the end of the show, hammering home the take-aways for kids, but they’re not necessarily the songs I imagine will be on repeat should a cast album be released.

More fun were Cookie Monster’s “C Is for Cookie,” featuring a chorus line of biscuits; The Count’s “How to Dance/The Batty Bat,” which spirals into a gay rave remix finale; and “Elmo’s Got The Moves,” which still feels like a bop years after its debut on TV. One song that definitely does not work is “Belly Breathe,” which weirdly encourages audiences to breathe in through their nose and then out their mouth…in a theatre…while masked. COVID times are weird, to be fair.

While Abby, Gabrielle, and Grover get to star in the main plot, Bert and Ernie get left behind in the dust. This isn’t so much a problem as it is confusing, as is the omission of Big Bird (perhaps he’s busy on a solo project?), but the will-they-won’t-they pair do get two numbers that seem very appropriate for the Sesame Street brand.

As far as production value goes, audiences are getting their money’s worth. The puppets themselves are massive; when they first popped up, I was surprised by how much space they took up. Only twice did I notice their handlers, who are disguised thanks to a clever set design that raises the stage on two levels. Understandably, the costumes are simple and perfunctory for Stephen but the sound design needs some work. Having the human performer sing live in tandem with a pre-recorded track created several moments of dissonance not easy for the ears.

Lest I turn into Oscar, the point here is that Sesame Street: The Musical works very well, especially in its goofy humor and accessibility for kids. It’s a charming, fun show that will have toes tapping and hands clapping. Who could ask for anything more?