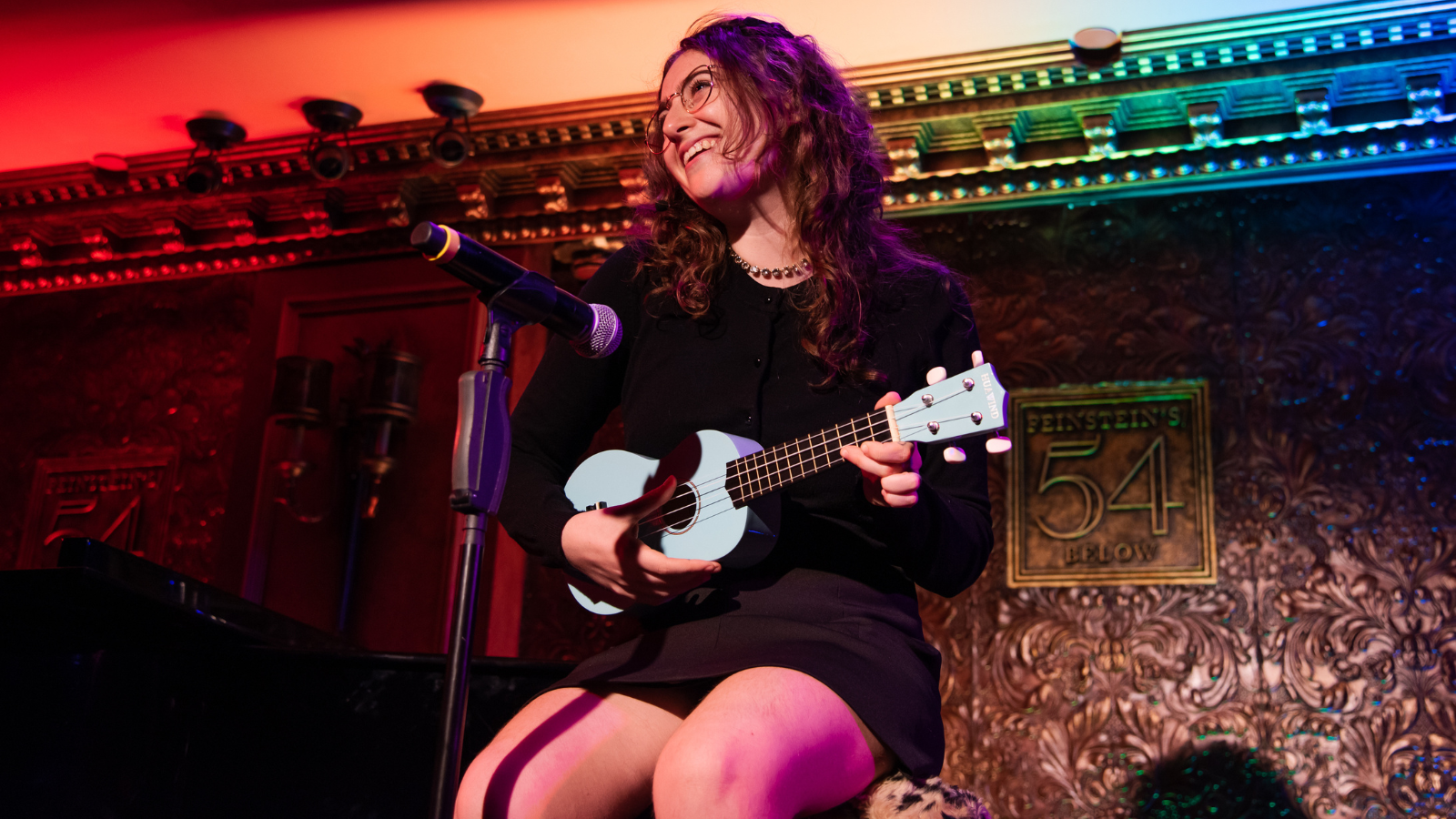 There’s a startling earnestness at the heart of Sophie Sucks Face, comedian Sophie Zucker’s nightclub act that’s half stand-up special, half one-woman talent show. What begins with the threat of being your garden-variety Brooklyn alt comedy special (self-deprecation, the vague air of post-undergrad overqualification) rapidly sheds all pretense and nudges at emotions you might not have come prepared to engage.

Zucker, a writer-actor on Apple TV’s Dickinson with a few other notable credits, seems to want you in that unclear space. At the second performance of her recent 3-night run at Soho Playhouse, each table was adorned with shrink-wrapped bagels. With the one-hour-ish show structured as a meta-psychic retelling of her grandfather’s funeral, the recent Rachel Sennott vehicle Shiva Baby came to mind. Quips about how her relative success among her peers has yet to translate to the material gain one would expect—there’s a great joke about being on HBO but still not having health insurance–and the anguish she inflicts on her put-upon boyfriend Max lean in this direction

Though unlike that navel-gazy ode to Millennial tedium and self-importance, Zucker cleverly pulls back to reveal the psychology undergirding her end-of-times death drive. Back in her native suburban Illinois for shiva, she fields questions from her faux fabulous Aunt Davina, a droll stand-in for all older relatives who decide to pin the entirety of woke culture on the nearest young person. She’s pressed that she can’t enjoy Louis C.K. or “David” Chappelle anymore, and why should Bryan Singer’s misbehavior get in the way of her watching X-Men?

But Zucker is less interested in endlessly pointing at herself and her neuroses than she is in genuinely getting to the bottom of them. She doesn’t have a therapist, she tells us, so might as well try a mic and an audience. The show incorporates several songs, often accompanied by Zucker herself on a keyboard or ukelele—she says she learned from Zooey Deschanel that she could mask her compulsiveness by being tweel—with each one less cutesy, more meaningful than the last. Unafraid to put her least attractive qualities on display, not for cheap laughs, but rather sincerity’s sake, the show achieves something of a genuine catharsis as she plainly states that she is willing to work on her relationships: to her boyfriend, to her family (some of which was in the crowd), and, as Carrie Bradshaw would remind us is the most important, to herself. To witness all that under the guise of your average comedy show is funny, tender and, best of all, thrilling.

‍Sophie Sucks Face is regularly touring in nightclubs across the country. For tickets and more information, visit here.