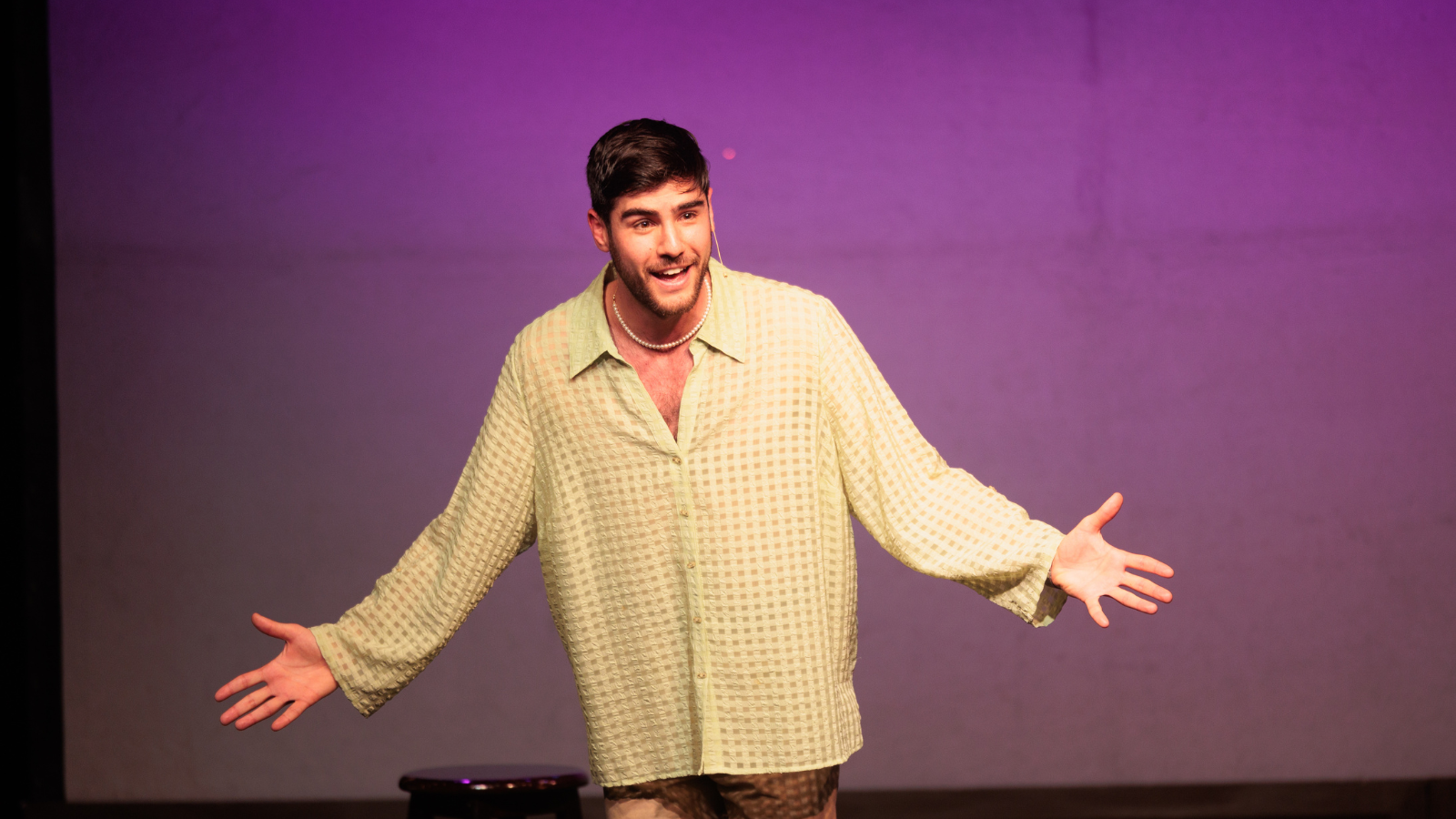 Comedian Sam Morrison is nowhere near as cynical as that joke—observed cheekily about his decision to base a new solo show, Sugar Daddy, on the recent death of his partner—would suggest, but its journey into grief, love, and the endless comedy of queerness is every bit as sharp and well-observed. What sets it apart from similar works, most of which veer directly into navel-gazey, “Woe is me” territory, is the intensely watchable genuineness that emanates from Morrison. However rehearsed or written-through, it feels like an honest glimpse into his processes—mental, spiritual, sexual, and comedic—that could, and should, extend far beyond its hour-long set.

Before a momentous meeting during a stormy Bear Week in Provincetown a few years back, Morrison was just a regular Florida-Brooklyn transplant, taking insulin and doing poppers while watching Bridgerton, waiting for his night in plus-size hairy armor to arrive. “My type is Type 1, but my type is Type 2,” he quips. Their love is quick, easy, and real, and Morrison allows us glimpses into their shared world while keeping its most sacred parts to himself. It’s a move that honors what they had while smartly sparing us the golf claps called upon when someone else tells you about their relationship.

If there is one complaint to be made about this irresistibly lovable exploration of love and loss, it’s that it ends after a quick hour. Morrison is a storyteller and craftsman able to switch tones and vignettes with impressive ease, gently guiding us through a personal wound without feeling manipulative or aimless. You leave with an appreciation for earnestness, and with an appetite for more.

‍Sugar Daddy is in performance through February 17, 2023 at Soho Playhouse on Vandam Street in New York City. For tickets and more information, visit here.