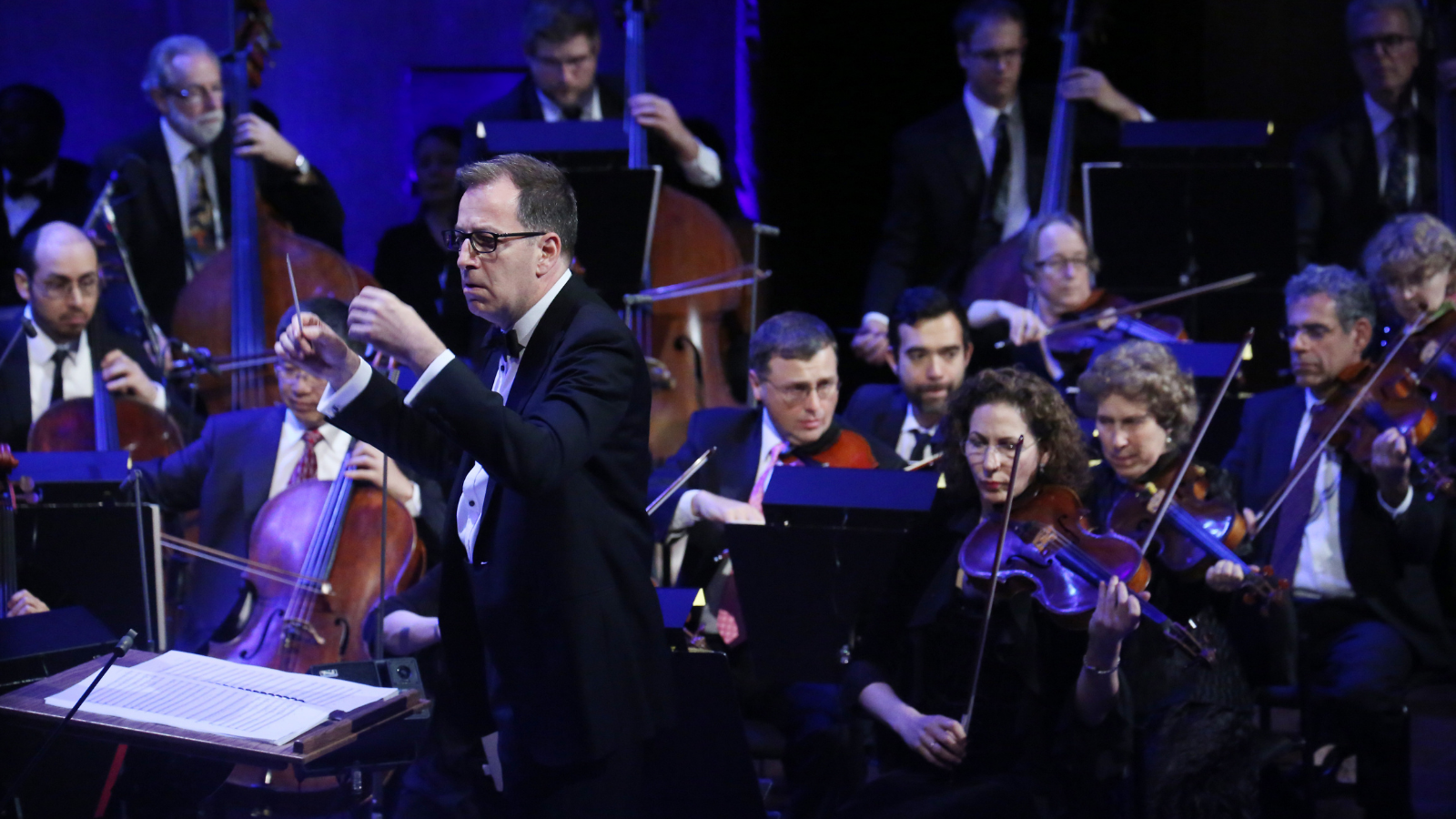 Ted Sperling is one of my favorite musicians on Broadway. He has been involved in works such as My Fair Lady, Fiddler on the Roof, The King and I, South Pacific, and The Light in the Piazza  for Lincoln Center, he’s the artistic director of MasterVoices, and has performed with orchestras across the country. I caught up with him about his first venture back into live performance since the pandemic hit, Broadway Stories & Songs.‍

Theatrely: What have you been up to since the pandemic started?‍

TS: You know, it's been quite a year, as it has for most of us in the performing arts. All my Broadway work has been on hold for over a year and pretty much all the concerts until now as well. I run a group called MasterVoices that usually performs three to four big concerts a year here in the city and we decided to do a purely online season, which has actually proven to be really successful and really exciting. We've been doing a multi-chapter work called Myths and Hymns by Adam Guettel with over 100 guest artists, including visual artists and directors and choreographers and designers and stars from the opera world and the pop world and Broadway. So that's certainly kept me very busy and been expanding my palate because I've been essentially producing and directing short musical films. Also I've been teaching at NYU, and so I've been doing that this whole season as well, mostly over Zoom, but recently in person. ‍

When did the idea for Broadway Stories & Songs come to you? ‍

Well, I did an online performance early on in the pandemic, Music Never Sleep NYC. It was a 24 hour event that featured musicians from all over the city and of different genres. I was approached to be one of the performers on that and decided to do two Gershwin songs at the piano, singing and playing. And we got wonderful feedback from the whole event and people enjoyed it, and so more recently, the same fellow who invited me to be part of that gave me a ring and said, I've started a new, very high quality digital platform, especially for concertizing. But the idea of bringing very high quality audio and video into people's homes and I was wondering if you might be interested in creating a Broadway series for it, so that's how this was born. ‍

So how did this list of performers come together, what made you pick these folks to work with? ‍

Well, we wanted to do programs that would feel really appropriate to watching on a screen. And so we decided, also for safety reasons, that even though we're finally actually in a room performing together, we wouldn't have any live audience and we would limit the performers to just two, maybe three people. I wanted to pick people that I could have fun conversations with as well as performers whose singing and acting I admire tremendously. I went to friends, people that I have a long history with so that we have shared stories, shared repertoire, songs that mean a lot to both of us. ‍

So this is just going to be you and each week's highlighted performer?‍

It's just me on the piano, and it's fabulous. It's a very nice sort of casual way to do a concert. It's in a very beautiful space in the DiMenna Art Center with a large grand piano. And we have six remotely operated cameras, and the sound engineer in the corner of the room behind glass.‍

I'm sure the set lists are starting to come together, is there anything you're looking forward to playing the most? ‍

Well, we're picking favorites, you know, we're collaborating on the song lists. And it's interesting to see certain trends emerging across the six concerts. A lot of people are attracted to sing songs by Adam Guettel, whose song cycle I'm in the midst of producing right now, and I've done a few shows of his in the past. His music is really very pianistic and really a challenge to play, but once you get it in your fingers, it's really fun. There's some Sondheim which is in the same category of being sort of finger heavy, but also very satisfying. And then one of the most obvious choices for this series for me was Victoria Clark, because she and I have been best friends since college — we've done a lot of concertizing together over the years. We have a really great set of favorite songs. And there's one arrangement in particular of hers that I love playing, and it's the most simple song practically ever written called "I Got Lost in His Arms'' from Annie Get Your Gun by Irving Berlin. I just love how this particular arrangement turns this song into something a little bit unexpected. ‍

So live theater is on the horizon, Mayor de Blasio announced that he's hoping to get New York open in July and hopefully Broadway starting in September. What are you looking forward to when that comes back? ‍

Well, first of all, I look forward to being in the audience. There were so many shows that were about to open or in previews when March hit last year and I was so excited to see them and I really hope they all come back. So that's very exciting to me. I'm also really excited to get back into a rehearsal room with my chorus MasterVoices because we've been rehearsing entirely on Zoom for over a year. And what that really means is that everybody just listens to me sing, I can't hear them sing, so I can't wait to be in a room with them again and back at Carnegie Hall with them. I had a number of shows that were on tour when the pandemic hit and we're planning to relaunch all of those Fiddler on the Roof and My Fair Lady in particular — I'm excited to get back into the rehearsal room with all those shows. And then I have a few new projects that I'm hoping to do some workshops and readings. So it's very exciting to read that news. It's a little sooner than I expected, actually, so it's great.

For information and to purchase tickets for “Broadway Stories & Songs”, visit https://dreamstage.live/event/broadway-series‍