The ANIMAL WISDOM of Ghosts and Catfishes — Review 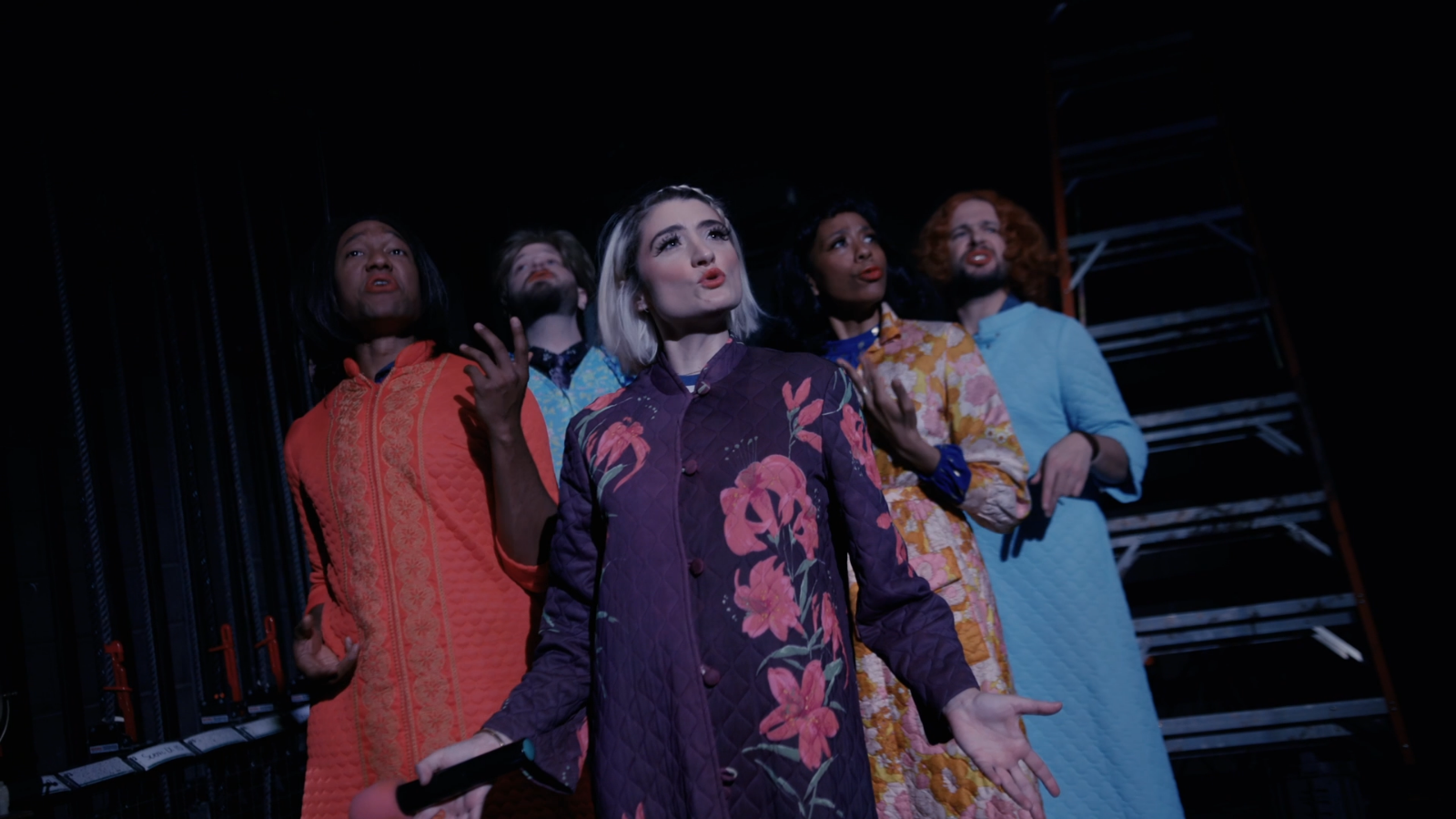 Heather Christian and cast in the original film adaptation of the Bushwick Starr’s production of Animal Wisdom
By
Juan A. Ramirez
No items found.
on
Category:
Reviews

“I have a very close connection to my dead. Some of my dead are not currently in repose, therefore, neither am I.”‍

Heather Christian almost sighs this near the top of Animal Wisdom, a filmed adaptation of her 2017 Bushwick Starr “musical seance” of the same name, here co-produced by the American Conservatory Theater and Woolly Mammoth Theatre Company. Though she is resigned to live in constant connection with the unliving, it is not a downbeat resignation but an open-armed invitation to life.

With her hypnotic, constantly-surprising voice she and four musicians (Sasha Brown, Eric Farber, B.E. Farrow, & Maya Sharpe) take us through a tour of Christian’s down South history of familial ghosts and supernatural patterns.

Much like the flow of spiritual energy she feels running through her — “My great grandmother was a medium, my grandma suffered migraine visions; I write music. The way that I understand it, it’s all kind of the same thing.” — the show runs smoothly through gorgeously performed songs and movements, eccentric slideshows, and searing discussions of grief.

Running around Christopher Browser’s well-appointed dressing up of the empty Woolly Mammoth set, Christian and company exude a contagious energy that’s impossible to resist. A dance number with Maya Sharpe is one of the most electric I’ve seen filmed in some time, in no small part due to Amber McGinnis’s swift, kinetic direction.

If at times silly in the way all earnest theatre is silly, the cast has so much charisma that it’s impossible not to fall into their spell.

The music, as well, is as attractive as it is eclectic — reaching for ballads, hip-hop, and knee-stompers while remaining in the bayou.

Should this be watched in a dark room with no interruptions, like the text at the start of the play demand? As any performing arts lover would tell you: yes — even if the demand itself tempts stubbornness like a waiter saying a plate is hot.‍

Animal Wisdom is a delightful two hours spent in the company of a woman who knows how to old-school entertain, and if this doesn’t serve as the year’s best highlight reel for Christian’s talent, I suggest we keep theatres closed another year so she can film another. I will gladly watch.

“Animal Wisdom” has been extended due to popular demand and is streaming on-demand now through June 27. Aiden Korotkin serves as director of photography. "Animal Wisdom" was edited by Rachel Pearl. Brian Bender serves as score mix and music editor. This film has closed captioning available. For more information, visit here.