THE CHINESE LADY Shines Through a Lacquered Cage — Review 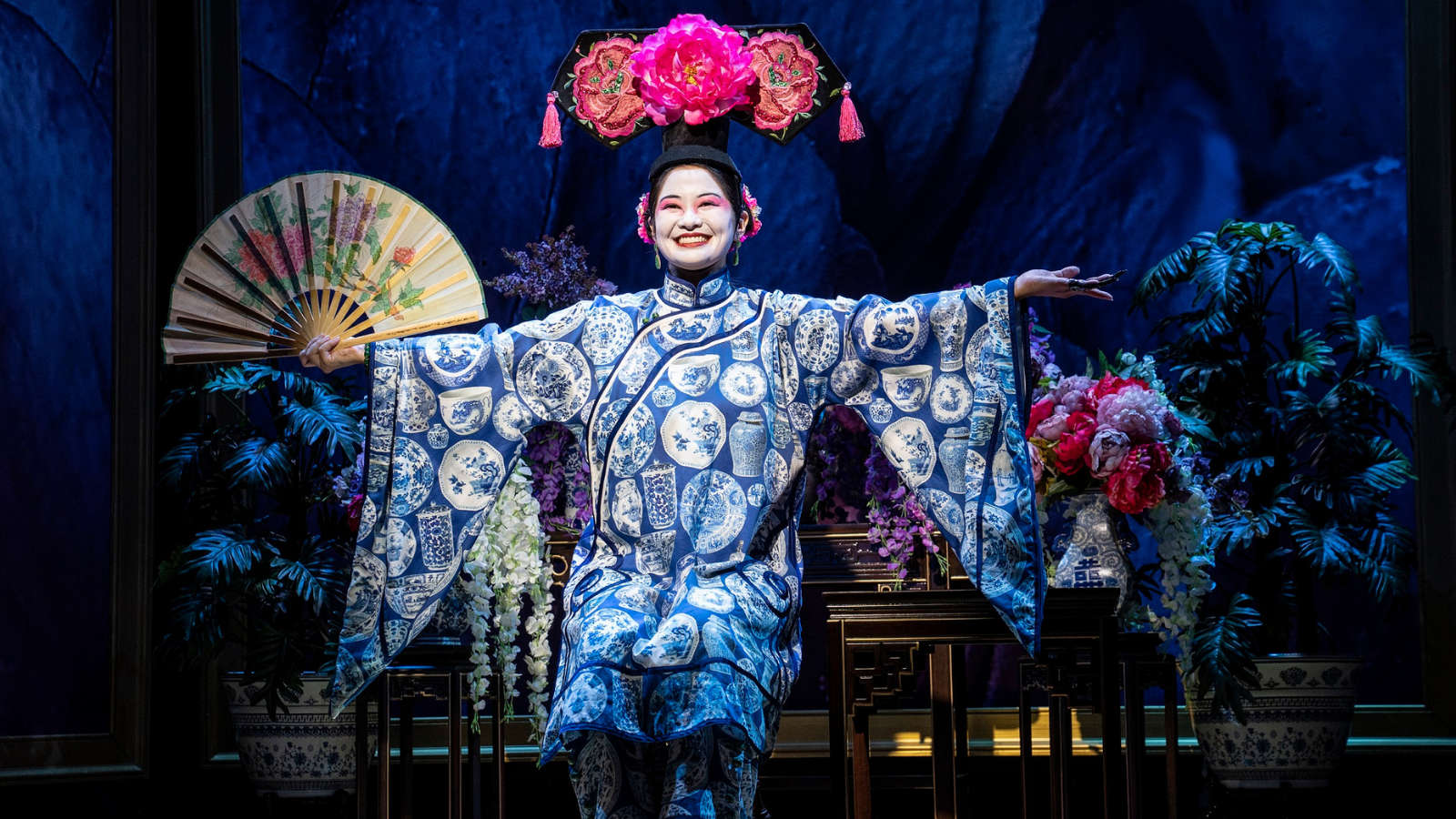 Is it better to be objectified or ignored? Exoticized or denigrated? Misrepresented or left out completely?

These are questions every immigrant, let alone every marginalized person, must contend with, and are at the heart of Lloyd Suh’s excellent new play, The Chinese Lady, now in performances at the Public Theater, in partnership with the Ma-Yi Theater Company, which is replicating its premiere production at The Barrington Stage Company from 2018. Bolstered by star-making performances from Shannon Tyo and Daniel K. Isaac, it is an intensely watchable, exquisite work of historical excavation centered around the first Chinese woman to set foot in the United States.

In 1834, 14-year-old Afong Moy (Tyo) is sold from her Guangzhou home by her parents to traders who plan to exhibit her in New York as “The Chinese Lady,” charging curious Americans a quarter to gawk at her bound feet as she demonstrates tea ceremonies and the use of chopsticks. Her interpreter, Atung (Isaac), stands outside the pristine, EPCOT-like diorama her captors have created (rendered gorgeously by Junghyun Georgia Lee’s lacquered box set), and doesn’t so much directly translate, as continue the mysterious illusion people have come to see.

Though “intended to be representative of China,” she observes early on, she’s “unlike any lady to ever live” — a porcelain doll of exhausting habit, made to eat the same bowl of rice, and recite the same tired spiel, throughout multiple daily performances. Suh structures the play as a series of increasingly aware, and therefore disturbing, variations on her audience-facing presentation. It is to director Ralph B. Peña’s credit that the realization of the play’s framework comes, not with a claustrophobic groan, but with a natural leaning in. Peña stealthily works through Suh’s tensely-plotted script, deftly bringing out changes in its characters’ behaviors without overemphasizing for the sake of distinction.

As the years go on, Afong Moy grows disillusioned. At 16, she knows “far more about America than I ever knew about my homeland” and compares her host country’s shocks at her native customs to their own strange rituals, “such as corsets. Or the Transatlantic Slave Trade.” At 17, before meeting President Jackson, she realizes “liberty has a cost, and an expiration.” By 29, PT Barnum has turned her life into an actual sideshow attraction. As details around her death are unknown, Suh takes liberties with history, forcing her all the way through the ongoing miseries Asian Americans have experienced in their Western home.

Tyo portrays this traumatic coming of age beautifully and commandingly, never losing her hopeful, girlish smile even as her tone wilts from cheerful animatronic to weathered survivor. Dressed in Linda Cho’s sumptuous, exaggeratedly Chinese costumes, she clues into her character’s vulnerability with frightening ease, a devastating sign of how current, and relatable, these experiences are.

All the while, Atung remains irrelevant, as Afong Moy often reminds him. His relationship to her is as somewhat of a passive villain, enjoying certain freedoms living outside the public’s fascination but therefore leading the doubly invisible life of translator and foreigner. He hawks easily-digestible Chinese imports between performances, and ornately twirls a ribbon of silk as he demonstrates foot binding, conscious that everything he does is for his audience’s benefit. Isaac plays him as a tragically broken man turned snake, turned broken man again. As Afong Moy gains political consciousness, he loses social relevance, accepting the menial work given to him even as his own life escapes him. Again, his remarkable insight into the character’s defeat becomes almost overwhelming in its truthfulness.

He does hold a tenderness for her, evidenced in a beautifully delivered speech towards the back half of the show. Revealing dreams of switching places with Afong Moy, he envies her visibility while wishing to guard her, “as if she can be protected from a gaze! Her life depends on that gaze.” The Chinese Lady lives in that wistful space, somewhere between a desire for protection, and a pulsing need for change. With evocative lighting (by Jiyoun Chang and Elizabeth Mak), sound design and original compositions (by Fabian Obispo), and progressively alarming projections (by Shawn Duan), it often conjures thoughts of rain; its fleetingness, its beauty, its exposure. Is it better for the rain to stop, or just flow on its own terms?

‍The Chinese Lady is in performance through April 10, 2022 at the Public Theater on Lafayette Street in New York City. For tickets and more information, visit here.