The Sparkle Is There With TREVOR — Review 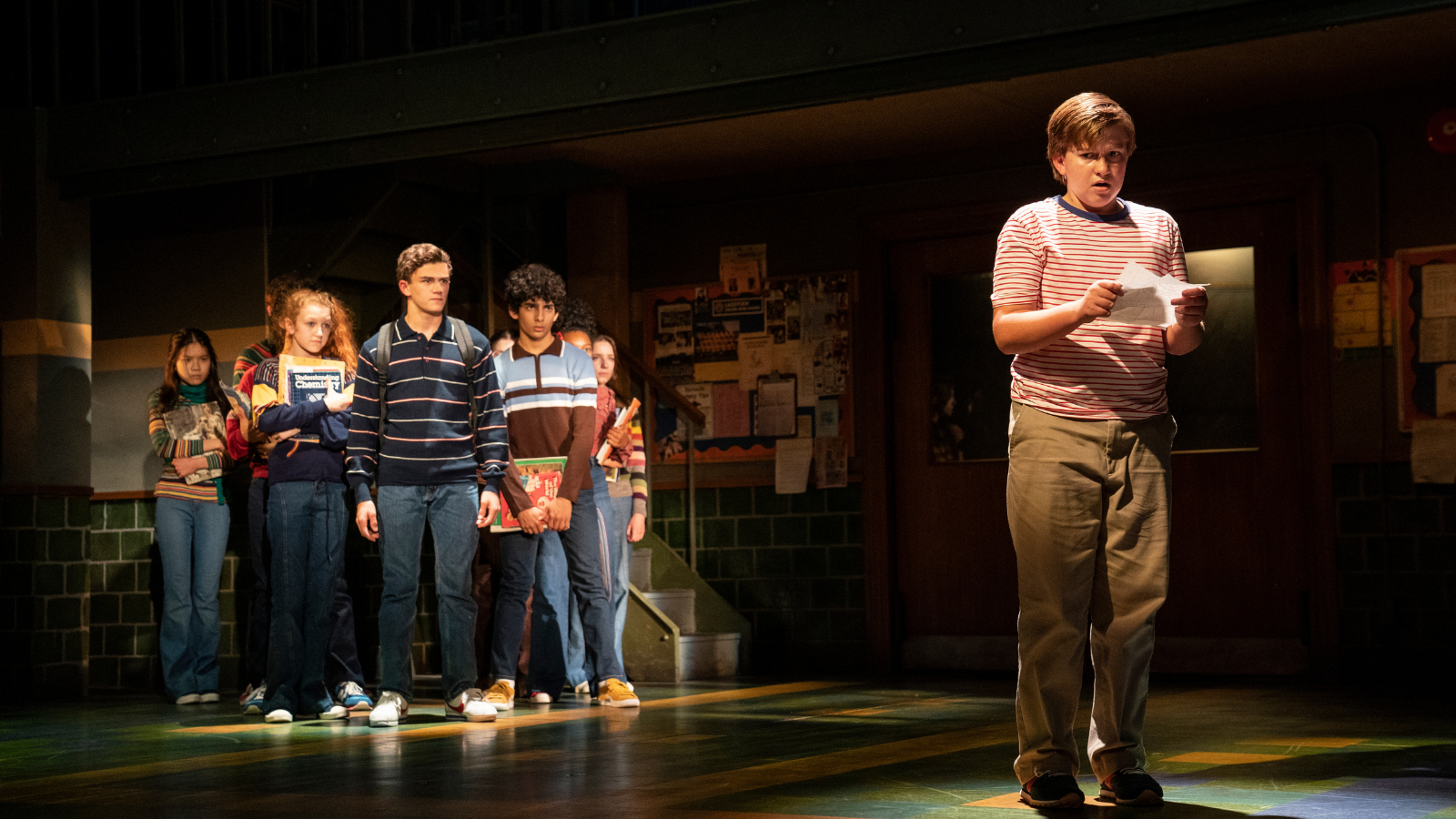 The cast of Trevor: The Musical | Photo: Joan Marcus

I’ll be honest: I had no idea that Trevor, the adolescent namesake of the well-known LGBTQ+ nonprofit organization, The Trevor Project, was not real. Rather, it is based on a 1994 short fiction film and not, as the community (read: I) thought, on an actual historical figure. Turns out we (again: I) have been walking around, mindlessly reposting links, ultimately Doing Good while thinking we’re honoring some eternal flame of triumph over queer tragedy.

In that same spirit, Trevor, an agreeable new musical about a gay teen’s 1981 life, which just had its New York premiere at Stage 42, goes through the motions of the typical teen dramedy, likely inspiring younger audience members without risking anything in the process. With Dan Collins’ charming, if trite, book and lyrics, and Julianne Wick Davis’ forgettable music, it is much like the Instagram infographics which have recently taken the place of genuine activism: a telegraphed signal of virtue without much commitment.

Luckily, its most important player happens to be its most committed: newcomer Holden William Hagelberger who, at 13, crafts a memorable character from a lackluster script and delivers one of the most high-energy performances of the season. His Trevor is young gay adolescence personified, an explosive combination of untapped talent with a showman’s desire to entertain. With Diana Ross posters plastered on his bedroom walls—and the Boss herself (Yasmeen Sulieman) frequently popping up to encourage the young boy—his outsized love of the spotlight is enough to carry him through the blatantly homophobic 1981 in which the story is set, and infectious enough to carry us through the musical’s weak spots.

Appropriately, Trevor’s main concern is making sure the boys’ football team he has volunteered to train for the school’s upcoming talent show does not mess up his choreography. Trevor lands the gig as a ploy to get closer to star athlete Pinky (a sweet Sammy Dell), one of the rare kids at school who don’t bully (or, worse, ignore him) and, for a while, a friendship develops between the two.

Of course, the neverending queer struggle rears its ugly head though, here, it is not so much ugly as it is discomifitingly sanitized. Following the short film’s plot—and our (my) own Mandela-effected penchant for gay tragedy connected to its middling ‘90s aesthetics—Trevor is driven into a depressive path once his private journal makes its way though the school halls. The ensuing drama glosses over any real pain or stakes, complete with an unforgivably tacky performance of “Endless Love” underscoring his gaze into the abyss.

The musical, pre-engineered for maximum appeal with Midwestern parents and high school theatre directors, is harmless enough already without Diana Ross coming in every 10 minutes to vamp up the oldheads in the crowd. Her role in the story is dragged far past that of a cute character detail for Trevor, becoming somewhat of a principal character as if to say, “We know this whole gay thing might be kind of weird, but remember how much fun you had dancing to ‘Upside Down’ in the ‘80s?” The reliance on the diva’s mass appeal would border on the insensitive, were it not for Sulieman’s uncanny performance, and the show’s earnest cry for love.

No, this new musical is not above a theatrical 13-year-old’s tactics for attracting attention, pulling out feathers and mismatched dance breaks when eyes begin to wander, but tellingly does not draw crocodile tears from its ultimately dispassionate well. Would the show cry if it could? It’s hard to say. Squeezed so tightly into the traditional middle school narrative mold, Trevor breezes through would-be emotional scenes as stopovers on the way to its feel-good conclusion. Is it a shame? Sure, probably—even with as many pubescent gays running around yelling their favorite Broadway lyrics, there is still a dearth of young queer narratives onstage, whether smiley or tragic. But Trevor will likely become the most produced musical in the country’s progressive-lite middle and high schools and, most importantly, give some insufferably talented young theatre gay his chance to shine.‍

Trevor is now in performance at Stage 42. For tickets and more information, visit here.