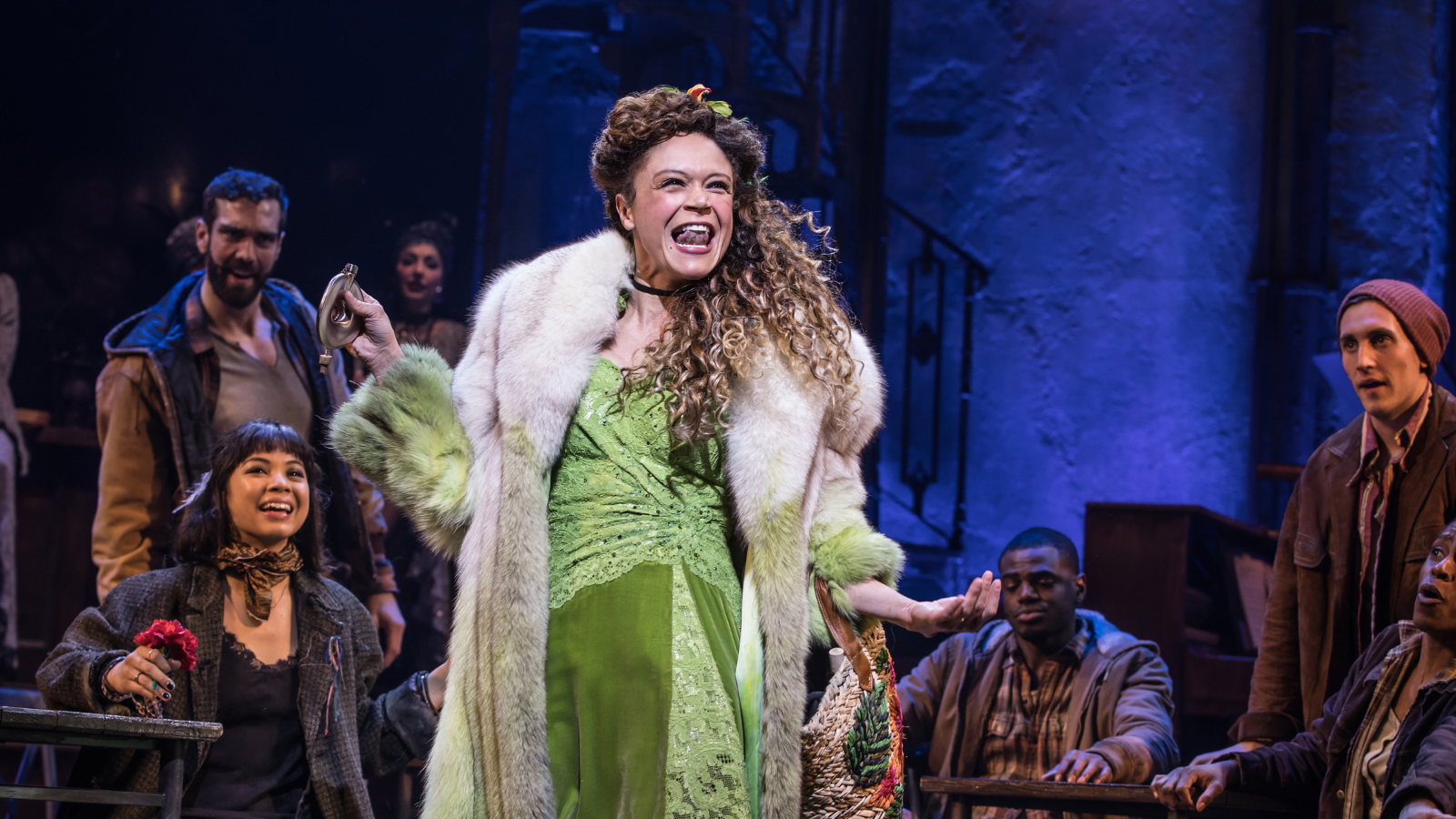 Amber Gray and the Broadway cast of HADESTOWN | Photo: Matthew Murphy
By
Zack Reiser
No items found.
on
Category:
Features

Get ready to ride that train down to Hell in the 2019 Tony-winning Best Musical. Hadestown retells the Greek myth of Orpheus and Eurydice through Depression-era New Orleans jazz. With book, music and lyrics by Anaïs Mitchell and direction by Rachel Chavkin, this musical is sure to sweep you off your feet.

Hadestown is now in performances at the Walter Kerr Theatre on 48th Street in New York City. For tickets and more information, visit here.