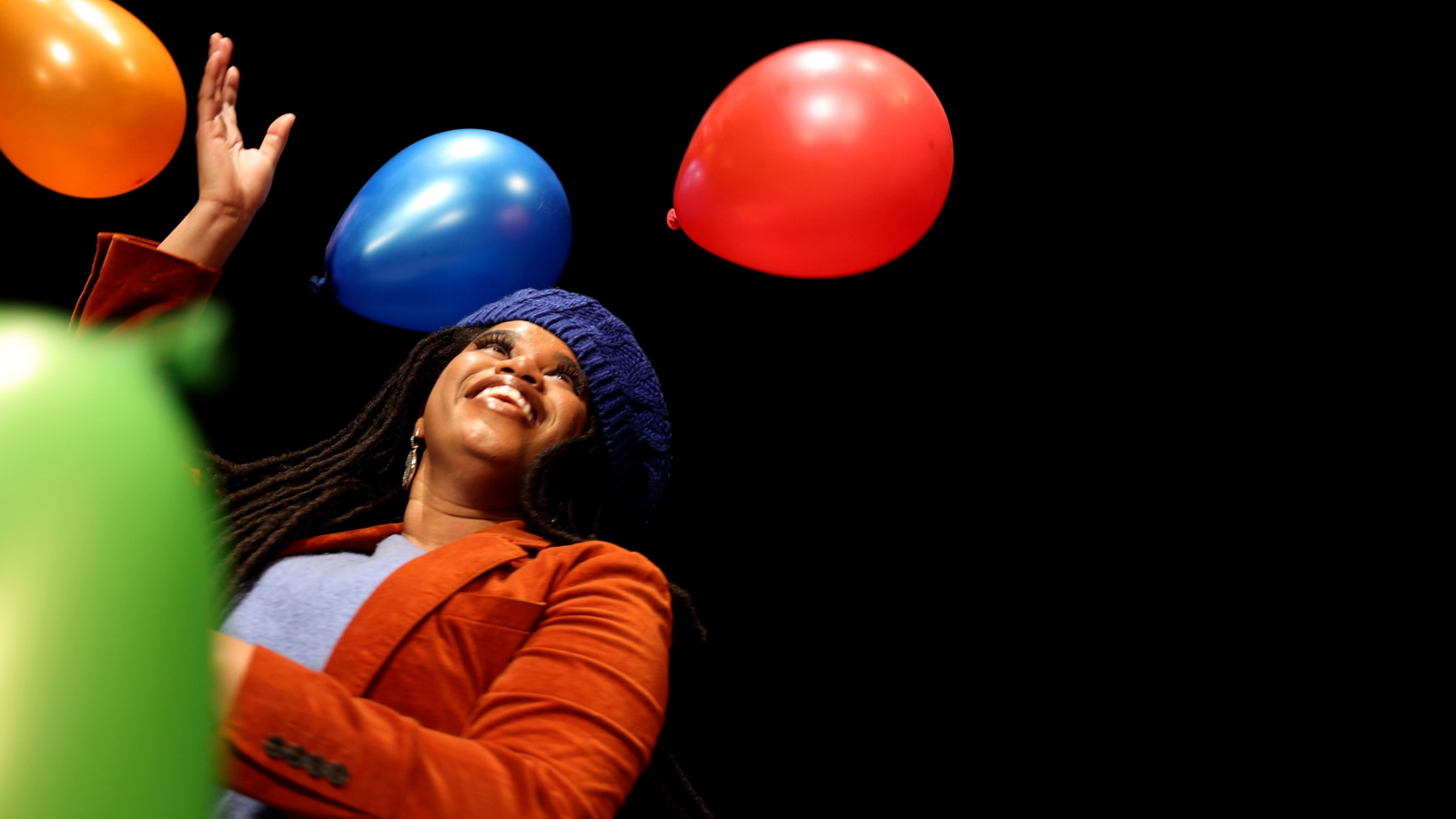 James Ijames’s TJ Loves Sally 4 Ever forces audiences to reflect on America’s history with racism and how it still makes itself visible in the present day. When Sally, a Black college student, faces unwanted advances from the white Dean of Students at her university, TJ, she and her peers seek to break down their current world and build a better future that’s truly their own.

The play, which is currently being presented by SpeakEasy Stage Co. through May 13, tackles topics related to race that require attention and conversation in today’s America, and Tah-Janay Shayoñe’s performance as Sally makes the discussion of these topics even more effective. It’s one thing to discuss how generational trauma affects Black Americans, but hearing Sally tell her friends about how she has a recurring dream where she’s a slave and detailing what that looks like for her makes the problem more personal. It forces audiences to confront the issue head-on, rather than simply think about it as an abstract concept.

Shayoñe’s ability to navigate Sally’s emotional journey throughout the show and successfully portray difficult topics is phenomenal. One of the most prominent, if difficult to watch, examples of this is Sally’s interactions with TJ (Jared Troilo), the Dean of Students at her university. Sally and TJ’s relationship becomes more and more obviously uncomfortable as it unfolds, starting with some underlying discomfort and then evolving until ultimately TJ’s obsession with Sally becomes impossible to ignore.

It’s a clear commentary about the power imbalance at play between a Black student and a white administrator. Even the names of the characters, an allusion to Thomas Jefferson and Sally Hemmings, point to the fact that this relationship is yet another byproduct of America’s racist history that needs to be dismantled.

On an even deeper level, Sally’s experiences throughout the show open the door for conversations about intersectionality. One of Sally’s classmates, Harold (Jordan Pearson), is an activist calling upon the university to address the racist legacy of its founders. But through interactions between Sally and Harold, it becomes apparent that their experiences with racism are different. Although both characters are Black, Sally’s trauma and experiences in the world are different because she’s a Black woman. Topics like intersectionality can be difficult to digest on their own, but TJ Loves Sally 4 Ever makes the issue easy to understand without watering down the subject matter. The play handles sensitive, timely topics through comedy and satire while also making them so clear, it’s impossible for an audience to ignore them.

And at the same time, there are moments throughout the show where Black joy is given time to show itself in full force. Sally and her two friends and sorority sisters, Pam (Dru Sky Berrian) and Annette (Sadiyah Dyce Stephens), are shown stepping and reciting their sorority’s chants with each other. HBCU marching bands are featured prominently at various points throughout the show. These moments create chances to celebrate different aspects of Black culture, which is welcome alongside the show’s discussion of serious topics.

In the end, TJ Loves Sally 4 Ever leaves audiences with a question: now that we’ve been confronted with issues from the past that have cemented themselves in the present day, how do we want to go about changing the future? There’s not one set answer that the show leaves us with, it’s something that audience members have to figure out for themselves. And I hope that seeing this show will encourage viewers to take a look at the world around them, because there sure are some things that could use some dismantling and rebuilding.

“TJ Loves Sally 4 Ever” is running now through May 13, 2021. For tickets and more information, visit: www.speakeasystage.com