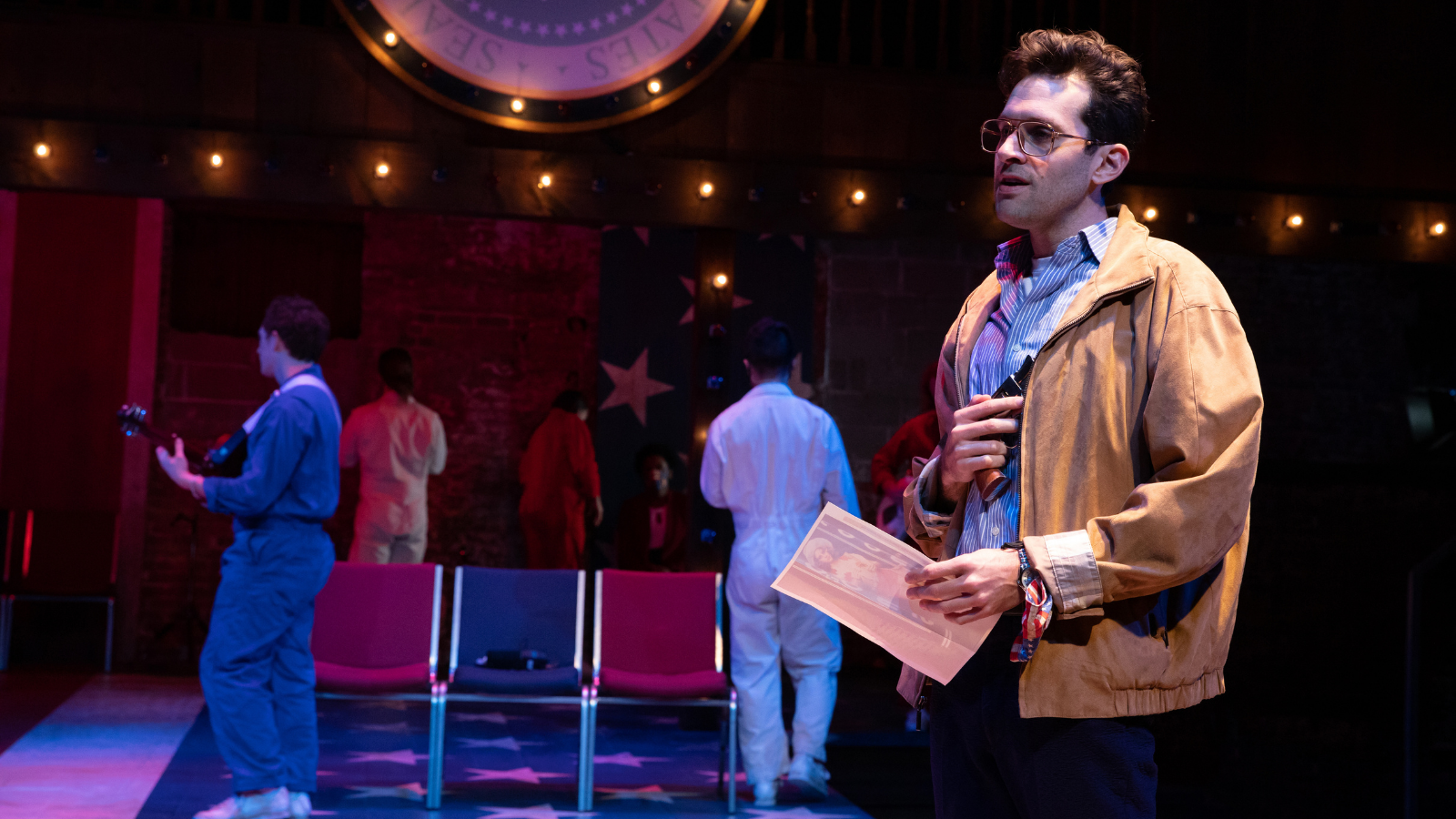 Has there ever been a simpler phrase with (pardon the pun) loaded meaning than “all you have to do is move your little finger to change the world?” Not only is the song powerful in its simplicity but those performing here—Brandon Uranowitz, Steven Pasquale, Will Swenson, and Judy Kuhn as a hilariously inept Sara Jane Moore—add a special kind of pizzazz to their barbershop quartet harmonies.

“The Ballad of Guiteau”

A bit of southern twang and banjo strumming crafts this bluegrass ditty (also heard in the ballads of Booth and Czolgosz) into a delightful—poor word choice, perhaps—exploration into the insanity lurking behind Charles Guiteau. Juxtaposed against Ethan Slater’s The Balladeer and his charming affectations, Will Swenson soars as Guiteau in operatic solos about meeting his maker after shooting Garfield.

Yes, this is of course an obvious choice—but for good reason. Not only does the entire star-studded cast get to show off their pipes in a battle march song, one of Sondheim’s most intricate songs in his oeuvre, but the war cry of “where’s my prize?!” hits home harder with each listen. Despite being told through the lens of killers, there’s an easy parallel to draw with those who find instant fame on social media and the 24 hour news cycle by espousing far-right (or far-left) opinions. Shivering stuff.