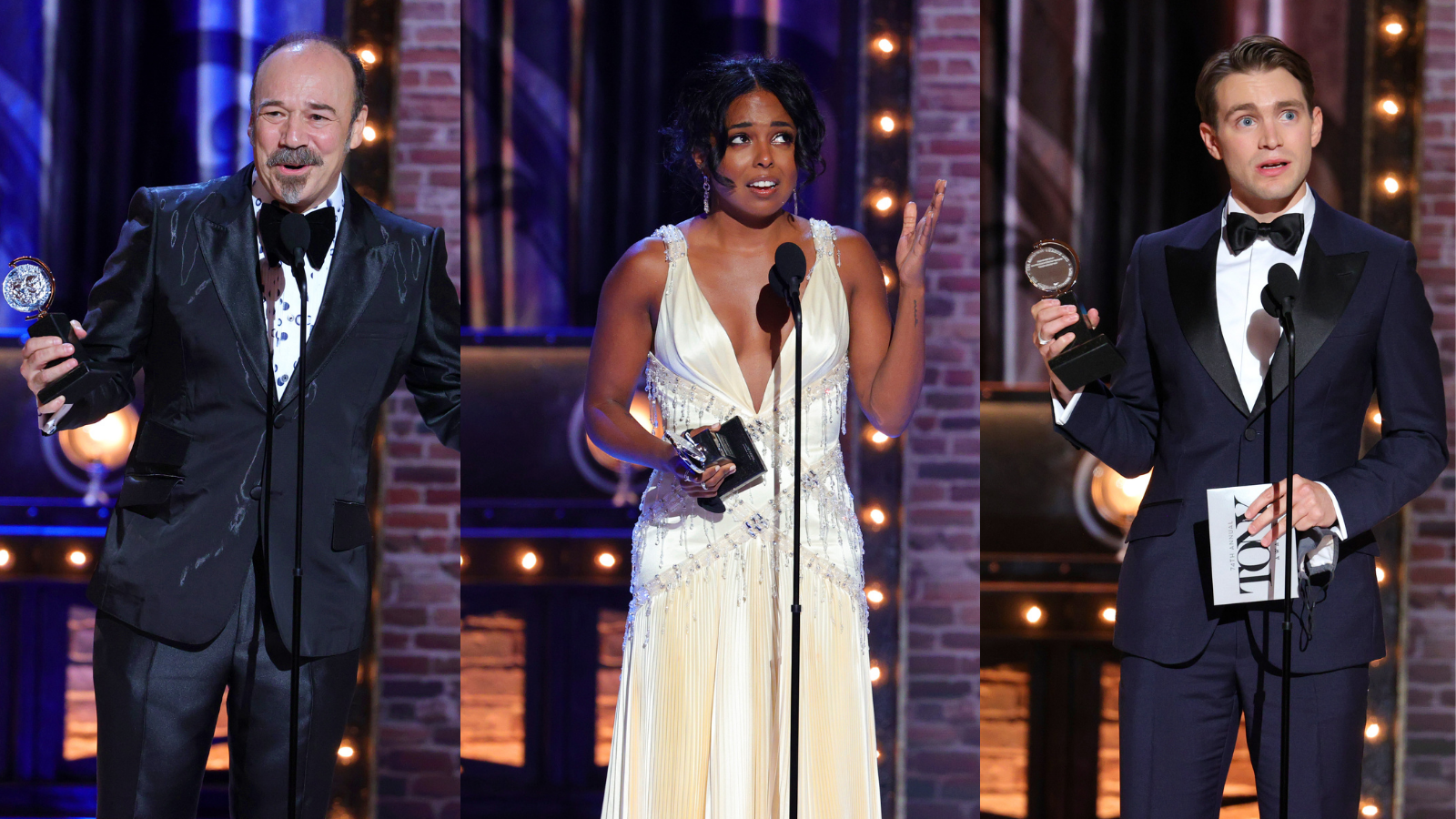 By
Zack Reiser
No items found.
on
Category:
Features

After almost a year and a half from their first announcement, the 74th Annual Tony Awards finally happened last night. Here’s our ranking of the highs, the lows, and the whoas.

From hosting the first half of tonight’s awards, to performing during the second half, Audra can do no wrong! This year definitely felt more Broadway-centric than shoehorned celebrity, and that’s in no small part because of Audra’s warmth and charm that made her such a natural host. Bring her back to host all of next year’s awards!

Susan Lucci no more! A truly deserved win not just after seven nominations, but a stellar performance as Harold Zidler in Moulin Rouge. And him thanking the community for their support after Rebecca Luker passed away from ALS in December? We’re not crying, you’re crying!

The duets (but not the going 15 minutes over time!)

You can’t tell me that Kristin Chenoweth’s tear at the end of the first verse of “For Good” didn’t choke you up a little. And Audra and Brian Stokes Mitchell sounding absolutely TIMELESS singing “Wheels of a Dream” is something I’d stay up for every Sunday night if they aired it at 11 on CBS. Give us Leslie Odom Jr. and Nicolette Robinson together in literally anything please!

Not only was last night the 64th anniversary of West Side Story opening on Broadway, Chita Rivera originated the role of Anita right there on the Winter Garden stage! Chita looked absolutely radiant tonight and I was so happy to see her up there.

Paramount+ or CBS? CBS or Paramount+? While I truly appreciated seeing all of the technical and creative awards being handed out and hearing speeches (from those who actually attended), the mid-show switch from Paramount+ to CBS was in no uncertain terms a failure. Plus, the 54 minute delay for various markets because of the afternoon football game that pushed 60 Minutes and Big Brother later was a clear indication that CBS doesn’t care about the Tony Awards. Maybe next year let’s find a channel to host us that actually does.

Diverse presenters and nominations, but not diverse wins

Look, you can’t say that we’re making progress as an industry and then have the slate of winners look like that. Yes, the nominating base is a lot younger and more diverse than the entire Tony voter pool. Yes, the Tonys are inherently more of a commercial award than some of the other industry accolades. Yes, voting happened all the way back in March. It’s just disappointing to see.

For a ceremony called “Broadway’s Back!” we sure saw a lot of performers that aren’t on Broadway right now. They may get their Tony performances next year, but where are the shows that started performances before the pandemic that are on the brink of restarting? Or the long running shows with brilliant ensembles that have already reopened?

In a star-studded category that featured two of Taylor Swift’s ex-boyfriends (Tom Hiddleston and Jake Gylenhaal), Andrew Burnap pulled off the upset and took home the award for Best Performance by a Leading Actor in a Play. As a Rhode Island boy myself, I appreciated the shoutout in his acceptance speech!

In definitely the most shocking turn of events, Slave Play showed up with twelve nominations and went home with zero awards. That ties both Mean Girls and The Scottsboro Boys for the most nominations resulting in no wins.

A Christmas Carol sweeping the technicals

In another surprising moment, A Christmas Carol managed to sweep all of the technical awards in the Play categories. For a seasonal show that ran for a month and a half, going up against some heavy hitters, I’d call that a rousing success!