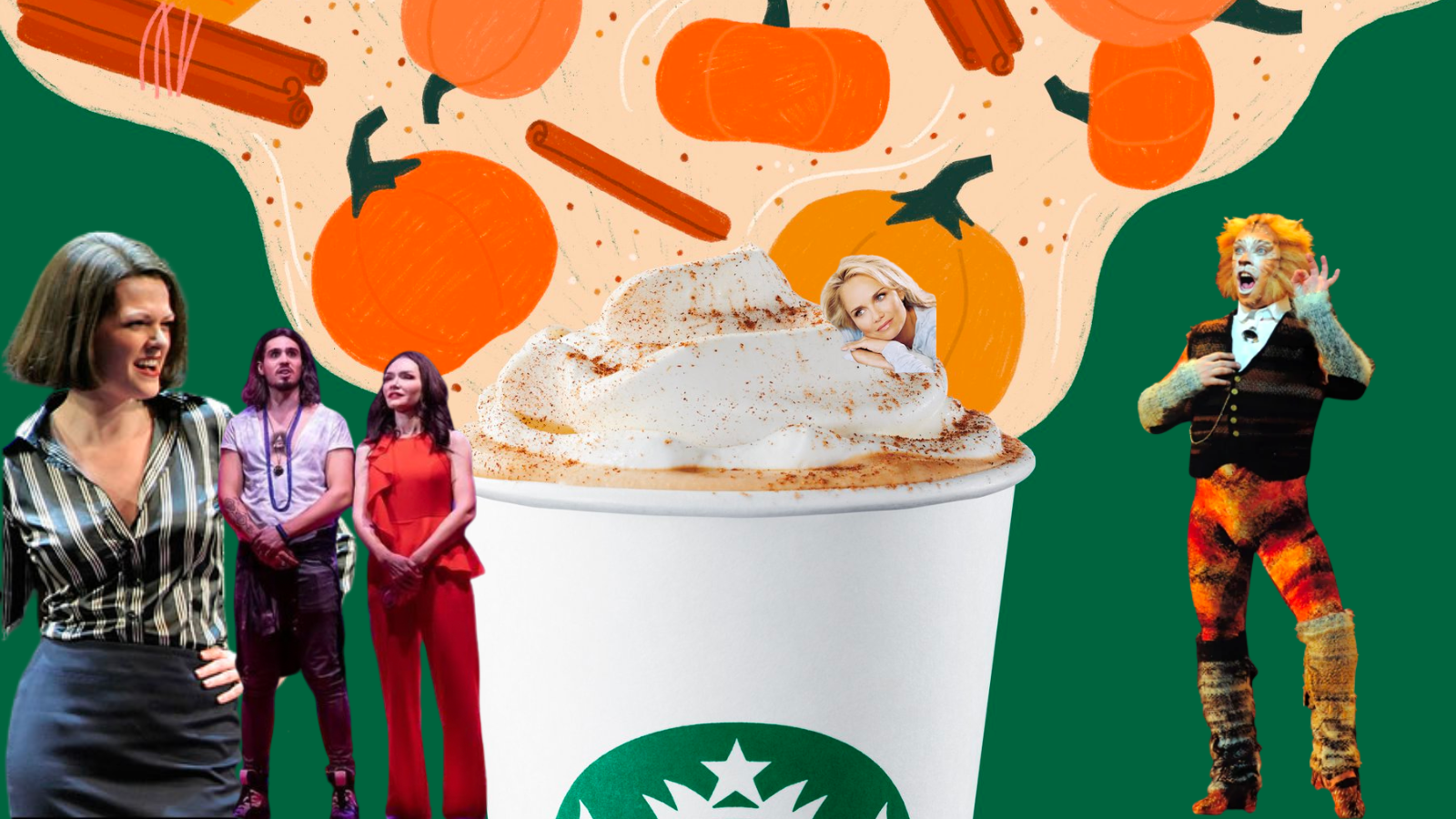 The fall season is officially in full swing! As the leaves began to turn in Central Park, the staff at Theatrely gathered round to discuss the hottest topic of the day: which Broadway characters would be PSL lovers? Below, we present our top picks for who drinks the queen of fall beverages.

‍Skimbleshanks the Railway Cat - Cats
‍The orange tabby from Cats simply must keep caffeinated for all his long train journeys. While his passengers may be stuck with the mediocre train car coffee, Skimbleshanks stops on his way to work AND transfers the PSL to an insulated thermos to keep it warm throughout the day.

‍Little Red - Into the Woods
‍Little Red neeeeeeeds some coffee to wash down all those pastries in her basket. Do you think she could put in a good word with The Baker and get an apple tart that really compliments the beverage next time?

‍Vivian - Legally Blonde: The Musical
‍She may arrive with a Venti hot cup (that you assume is dark roast, black), but it’s truly a PSL. On long days, she’ll even splurge and ask for an extra shot of (blonde) espresso. Just don’t ask if she wants any whipped cream…that takes up precious latte space and Vivian is nothing if not pragmatic.

‍Wednesday Addams - The Addams Family
‍No one loves spooky season and autumn more than Wednesday Addams so it only makes sense she is first in line for that PSL, but only over ice of course. We know she’s always being pulled in a new direction, but come October 1st that pull is right to Starbucks.

‍Peter and PJ - Company
‍Sarah and Harry are incredibly opposed to a PSL, and Bobbi would rather have bourbon in her black coffee (with cinnamon, it adds a sweetness). In the friend group, Peter is the most likely to enjoy a hot PSL on his outdoor patio (recently cleaned). Of Bobbi’s suitors, PJ is the only one who can be swayed—normally he’s opposed to capitalist chains like Starbucks, but for fall he’ll secretly break that moral.

‍Gretchen Weiners - Mean Girls: The Musical
‍In order to stay in line for the throne to the family business, this Plastics lieutenant is always walking around with a PSL (they’re so fetch!). That’s right, not only is Gretchen’s father the inventor of Toaster Strudels—we’re almost certain he invented Pumpkin Spice flavoring. Without it, where would we be today?!

‍Nick Arnstein - Funny Girl
‍Does Nick Arnstein understand money? No! Does he have expensive taste? Yes! In each city he visits (remind me what he’s doing???) Nick is sure to spend $7 *or more* at a Starbucks. And during pumpkin season? All bets are off. He’s getting that pumpkin spice as a frappuccino, venti, add a shot, oat milk, add caramel (I never said he had a refined, expensive, palate)...all for the glamorous life.