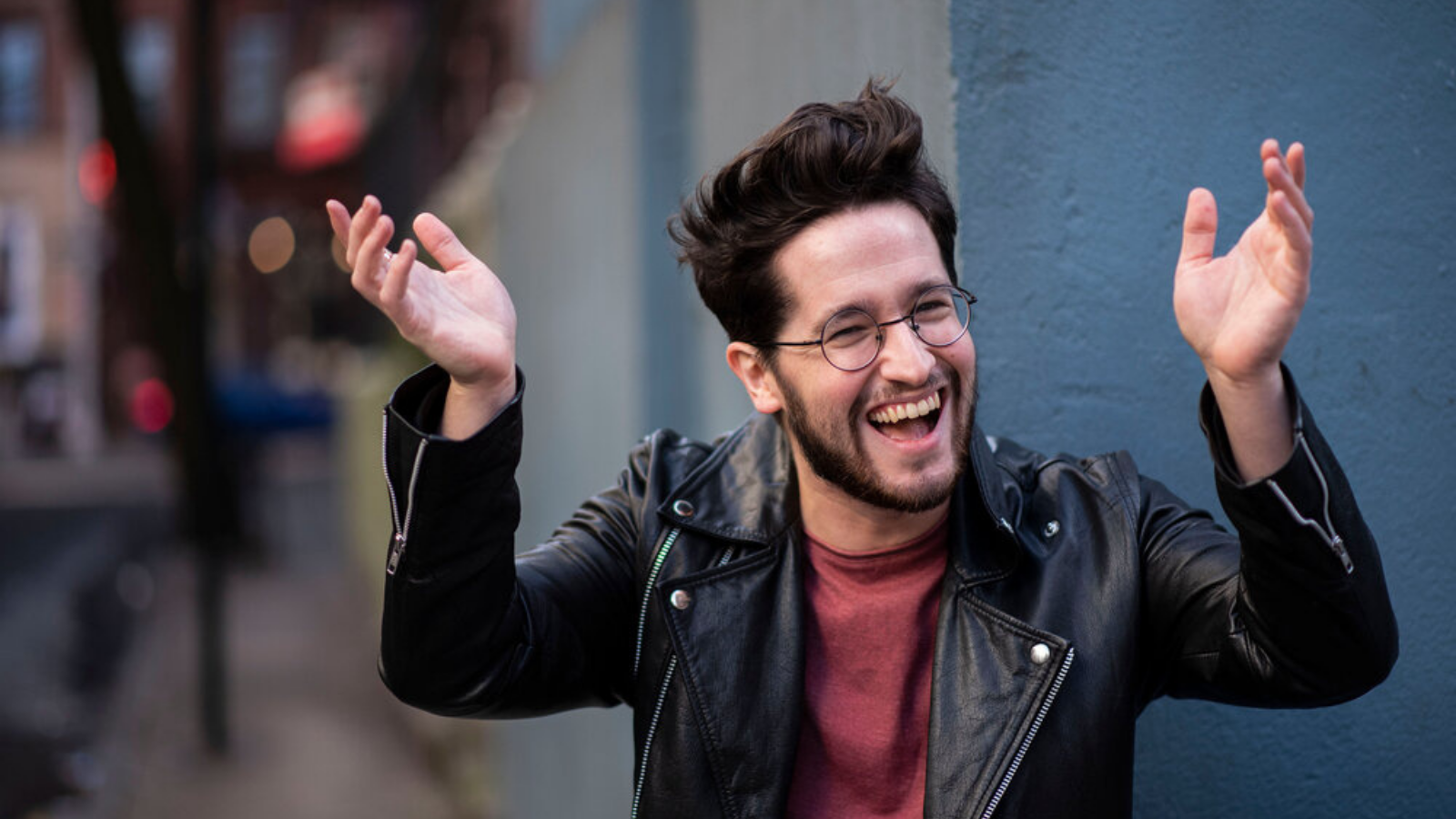 Quite soon into the pandemic, when we slowly realized that this wasn’t going to be just a two week vacation, I started getting back into all of the podcasts I always said I never had the time for. In Michael Kushner’s Dear Multi-Hyphanate, he chats with artists and explores the many facets of show business. From Alex Wyse to Brad Oscar to Rachel Brosnahan, he runs the gambit with his guests and they explore all that is multi-hyphenation. I caught up with Kushner via Zoom from his photography studio in Manhattan to chat with him all about the podcast, life in quarantine, and more. ‍

Our conversation has been edited for length and clarity. ‍

Hey Michael! So take me back to the beginning. What was the genesis of this podcast for you? ‍

Basically, I was tired of answering the question: what do you do? All of these very negative questions when I didn't have a negative outlook on what I was doing. I know other people that have a multifaceted artistic experience that are finding joy. We don't question people like Lin-Manuel Miranda. We don't question people like Mel Brooks that write, produce, act, direct, all at the same time. I sort of was like, there has to be someone else telling me stories of people in the industry that are doing more than one thing. I think these stories are accessible and they're wanted. And I think a lot of people can relate. ‍

How do you decide who you want to bring on?‍

I work with a lot of multi-hyphenates, mainly because we sort of find each other and there's some people that don't realize that they're one. Like Sophie Thompson — she's a West End Olivier Award-winning musical theatre performer and actor. She's just a legend, I saw her do a few shows in the West End and I'm obsessed with her. The whole episode is great because I'm basically telling her that she's a multi-hyphenate and she's understanding, which was really cool for her to be like: I never saw myself like this. But then there's people like Tonya Pinkins, who is certainly a multi-hyphenate, she has produced and written and starred in and directed, etc. And then there's Rachel Brosnahan, who is an Emmy Award-winning actress but she has her hand a lot in nonprofit work with Covenant House and has her own production team. So the stories of how people not only balance these proficiencies, but how they affect each other is what is the most exciting, because that's what a multi-hyphenate is, each proficiency helps the other one survive.

What do you hope listeners get out of this?‍

You launched this back in early 2020, then the pandemic happened pretty soon after. How has that changed the podcast?‍

Multi-hyphenating saved my life. I had COVID in March 2020 and was desperate for work – my photography studio had shut down, I wasn't having any clients. But because of my multi-hyphenating history and skills, I was able to even when recovering, even when feeling my lowest, I was still able to tap into my artistry at any given time and still garner an income, still produce projects and further my career. As a multi-hyphenate, I was able to pull different resources, different ideas, and find different ways I was going to tell those stories, not just relying on one way to tell a story. I was able to exist not only as a human being who is healing, but physically from the virus, but as a human being who's an artist.‍

You also have a workshop series, tell me about that. ‍

The workshop is a chance for us to personalize your experience. I want to be able to help guide you into the right direction. If there's something that I see that you don't and that positively affects you then my job is done. I think it's really important that I'm not a master, that I don't have the answers to everything, but what I do have is perspective. I think by working together in a workshop setting, I'm able to help guide an artist into a direction that might excite them.‍

How are you feeling today about the theatre industry?‍

I think that if we were to go back to normal, we wouldn't have learned anything. I think the structure will go back to normal, like we will have butts in seats, right? We will have a curtain that raises. I think that if we subscribe to what theater was before, we won't have learned anything as a society and there are questions to ask, like, should someone reject a contract because of a certain producer. That's entirely up to the artist to answer and multi-hyphenating has sort of prevented me from having to ask many of those questions solely because I'm the one in charge of what I create and put out in the world. And if I'm the one that is in charge of what I put out in the world, I don't have to subscribe to anyone's toxic behavior, anyone's racism. I have my own why statement and it's fueled by equality and equitable environments. I get ownership over every single thing I do as a photographer, as a podcaster or as a writer, as a performer, as a producer and I love it that way.

To learn more about Michael and listen to every episode of Dear Multi-Hyphenate, visit www.michaelkushneronline.com or subscribe whenever you listen to your podcasts.