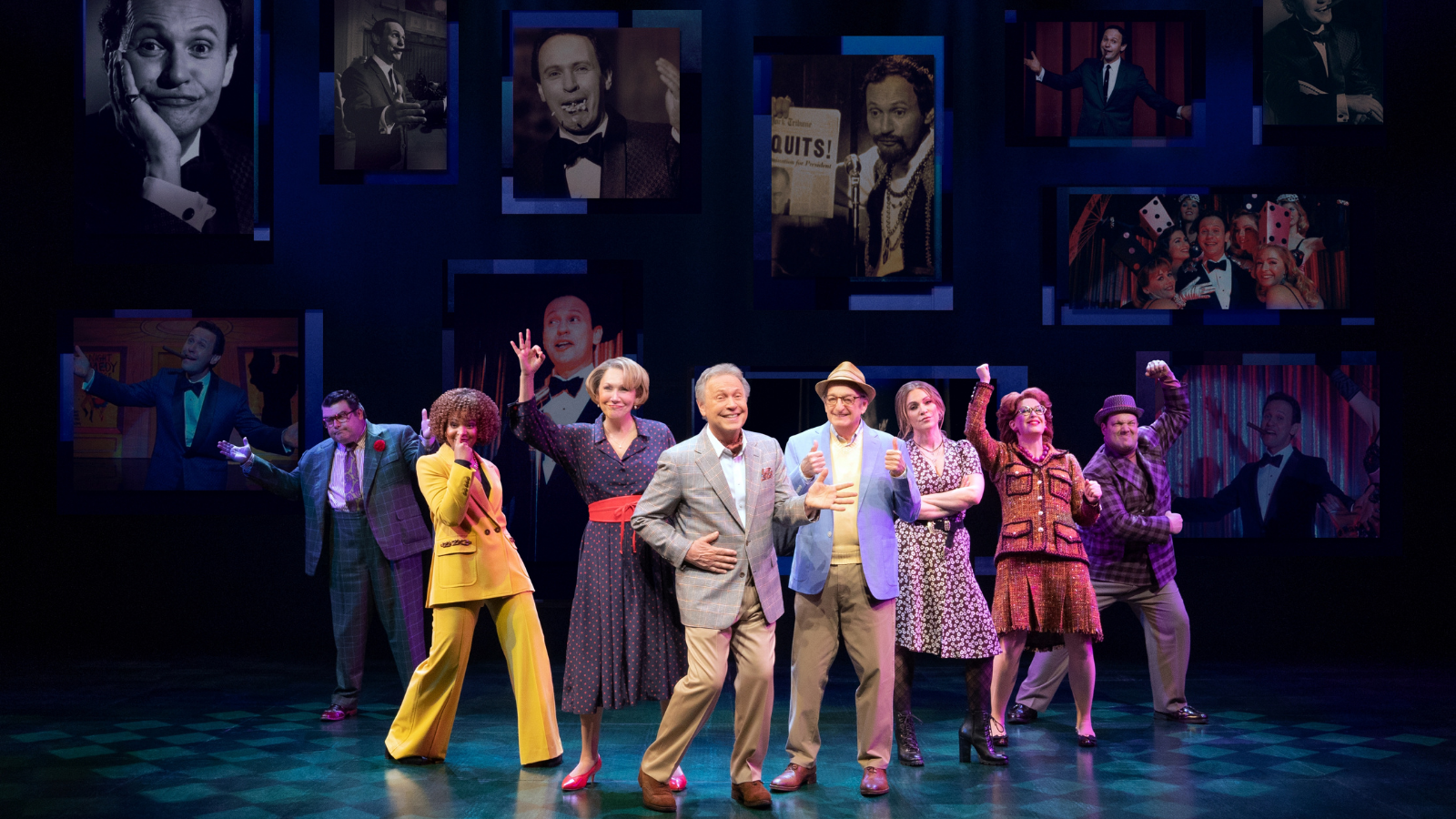 It’s great to see you on Broadway. When I heard there was going to be a musical adaptation of the hit 1992 film Mr. Saturday Night, I was like “huh?” and then I was like, “cool!” To be honest, I still haven’t seen that movie (hence my initial confusion) but I think that enhanced my experience at the Nederlander when I saw you on stage.

Of course, I’m not the only one who enjoyed the show—you got 5 Tony Award nominations. To celebrate, here are three things about the show I loved!

Song writers Jason Robert Brown and Amanda Green set the hilarious tone of the musical with this 1-2 punch of opening numbers. The first offers a look at the showbiz of yesteryear, with a trio singing and using a clown horn every time a curse word should be uttered. Soon, it’s revealed that Buddy is their boss, and they’re getting ready to put on a TV show—only to smash-cut (can that be a thing on a stage?) to a nursing home in the present day where Buddy is older and wiser, but still crass. “I’m here to bring a little mirth,” he purrs. “to celebrate our time on earth / of course, it helps to have a pulse.”

Here’s a shocking statistic: this is the stage favorite’s first time originating a role on Broadway. The Wicked and Waitress alum makes the most of her two big numbers, “There’s A Chance” and “Maybe It Starts With Me.” In an interview last month, she told me what an honor it was to play Susan—especially since the role was expanded from the movie. Seeing her on stage after the fact only solidified her as one of Broadway’s brightest talents, in my eyes. Plus, I love that leather jacket!

The laughter I heard in the Nederlander every time star Billy Crystal uttered a line was full of mirth. The lines come swift and fast, relying on the easy back-and-forth in a cast that feels very lived-in (Randy Graff, David Paymer, and Chasten Harmon grandly round out the main characters). Still, there’s the zingers that our leading man effortlessly slips out, like this one: “Hi, sorry, I was on the phone with Marcel Marceau ... He said he just wanted to talk.” It hurt me, and that’s exactly what you wanted.