Shoshana Bean Talks About Originating a Role on Broadway 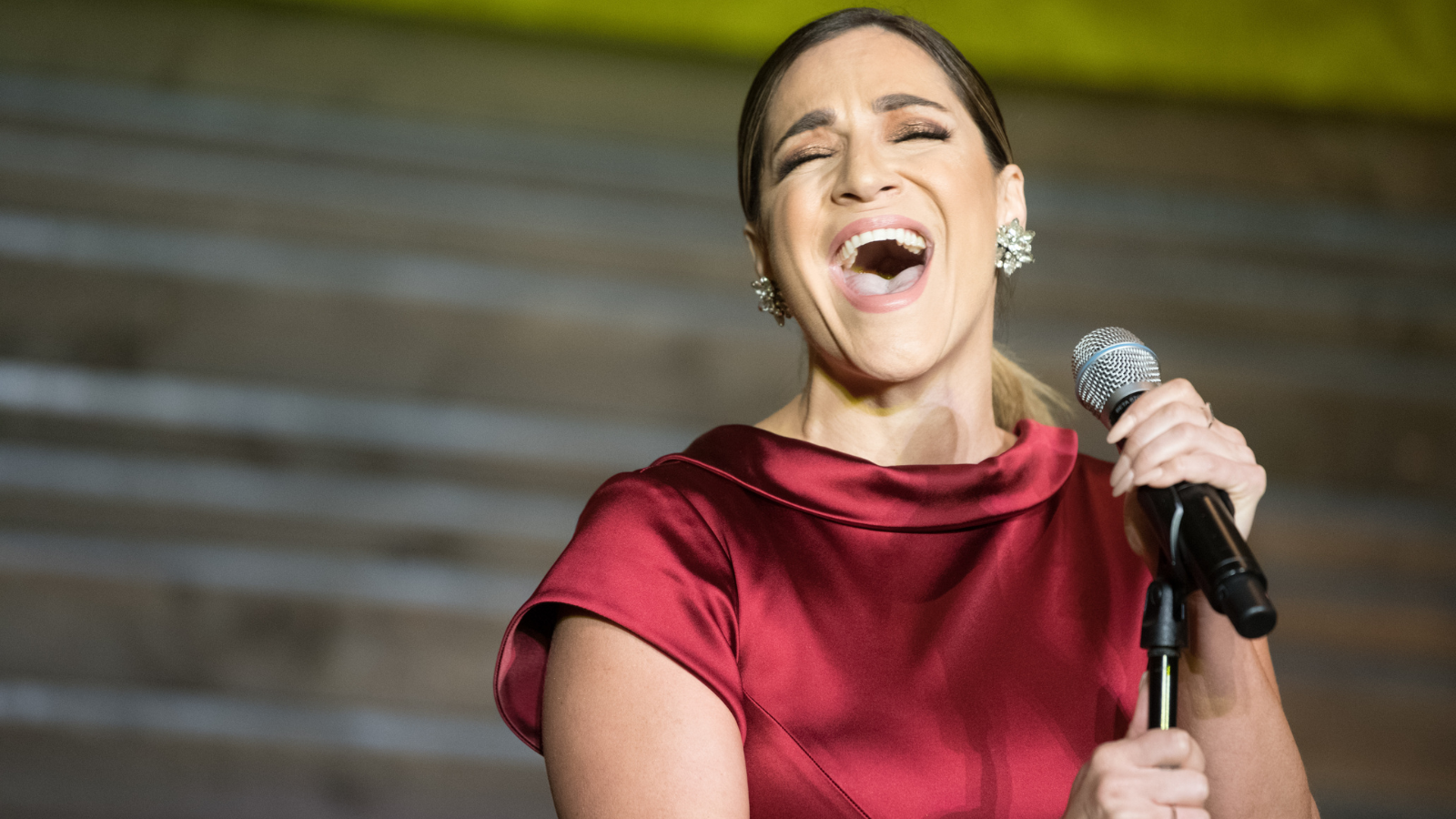 Fans finally got their wish earlier this year when it was announced that Shoshana Bean, who had starred in Waitress, Wicked, and Hairspray, would finally be originating a role on Broadway. Then, in April, it happened: she played Susan Young on opening night in Mr. Saturday Night.

The Billy Crystal vehicle, based on the 1992 movie of the same name, is currently playing at the Nederlander Theatre. The musical features a score by Amanda Green and Jason Robert Brown, with Randy Graff, David Paymen, Chasten Harmon co-starring. John Rando directs the musical, which features a book by Crystal, Lowell Ganz, and Babaloo Mandel, and choreography by Ellenore Scott.

Below, Theatrely chats with Shoshana about what it’s like to originate a role, her character, and the music in Mr. Saturday Night.

‍How are you feeling about the first time originating a role on Broadway for you?
Shoshana Bean: It’s cool, it’s really different. It’s also kind-of originating, kind-of not, because the role existed [from the movie]. It wasn’t crafted around me, the way that sometimes it goes; but it was in a lot of instances, a very collaborative experience. I’m so used to just being given the blocking and it’s just a non-negotiable and you make the best of it or do exactly what you need to do to fit into the machine that’s already in working order. It took me a couple of weeks to realize I could speak up and say, “I feel like I need this here” or "This doesn’t make sense here," so it is cool to be able to do that. That’s something I’ve obviously never been able to do before. I think it’s when you’re in the midst of it, it’s hard to see the forest through the trees, right? It’s hard to zoom out and take a bird’s eye view of what you’re actually making. The coolest part is being able to have conversations. Everyone in the room and on the creative team in this process, and castmates as well, are so easy to talk with.

‍For people who maybe don’t know Mr. Saturday Night, tell me more about your character.
Well, even if you do know the movie, she’s pretty underwritten in the movie, so there’s a little more meat on the bones in the stage production. I play Susan Young, Billy Crystal’s character, Buddy Young, Jr.’s, daughter. He is a sort of aged comedian who never really was a huge success, but working and successful enough when my character was younger that we have had our challenges and a fractured relationship. The history for my character is that she was used in his act, so she was a child performer and then just sort of went [off course]. We meet my character when she’s just freshly sober and they allude to the fact that I’ve had all kinds of legal problems. I’ve been pregnant, arrested for shoplifting, and clearly used and abused drugs. So, we meet the family when he’s ready for a shift in his career and gets an opportunity to maybe have the career that he always dreamed he would have. The audience meets me when I’m really wanting to turn my life around and actually do it right this time and have a fresh start. And they meet [Susan and Buddy] at the peak of our challenges, I think, and at the beginning of our healing relationship. I think for many characters in the show it’s about having second or 50th chances, depending on which character you’re speaking of.

‍What is the musical style that you’re singing in your two big songs?
I’d say my first number’s just like a musical theatre song, I don’t really know how to explain it. It’s not pop. I will say that my songs are not pop if that’s what people are expecting. Maybe my second one could be loosely described as pop; I think the second one really feels like Burt Bacharach to me. The way it’s arranged and orchestrated feels very Bacharach-ian, if I can coin that term? [Laughs] And the first one, I think it’s written in the same meter as... [pauses to think] is it? No, maybe not. I was going to say it’s written in the same meter as "America" from West Side Story, but it’s not. It’s an uptempo musical theatre patter song. How about that?

‍Did you talk to Jason and Amanda while they developed the songs or were they just like “these are the songs you’ll be singing”?
Yeah, it was “here are the songs, go do them.” I think the director was trying to meld them to fit more what my instrument can do, but, Jason and I looked said “the story is what it is.” It didn’t warrant me to sing a higher, longer note, which I’m happy to do, but it wouldn’t really help our story too much, so what’s the point?

Are you having fun every night on stage yet or is the role still too new?
I am starting to! It was not fun at first. [Laughs] It’s not a fun character, per se. I feel like the show is fun and then I come on stage and I’m a downer. I’m going through a lot and working through it with my parents in the scenes. So it was kind of a downer at first, but now I’m realizing where and how to have fun. It’s mostly in the discovery, in the letting go, and in the surrender of not trying to control everything that happens on stage, letting myself just play a little bit. I think at first I was white-knuckling it for a while, just really trying to get it right. It’s a change for me to not be on stage the whole time. And I say that in the sense of any of the roles I’ve played in the past 17 years. With [Wicked or Waitress], you get on the train at the beginning and you drive it to the end. There’s always a way to get back on track because you’re there the whole time. When you’re a supporting character and you pop in and out, it’s hard to jump on a moving train and figure out where you fit and how to maintain your thread that is not a central plot. Then, you still have to stay connected when you’re off stage for large chunks of time. So, it’s been an interesting challenge, for sure. So I think that that’s where a lot of the white knuckling came in, just trying to figure out how to justify and fill in the blanks for what’s not on the page for me. So now, I’m just starting to relax and have fun. The people I’m around make it fun!