A Searing CAROLINE, OR CHANGE Finds Pain in Hope — Review 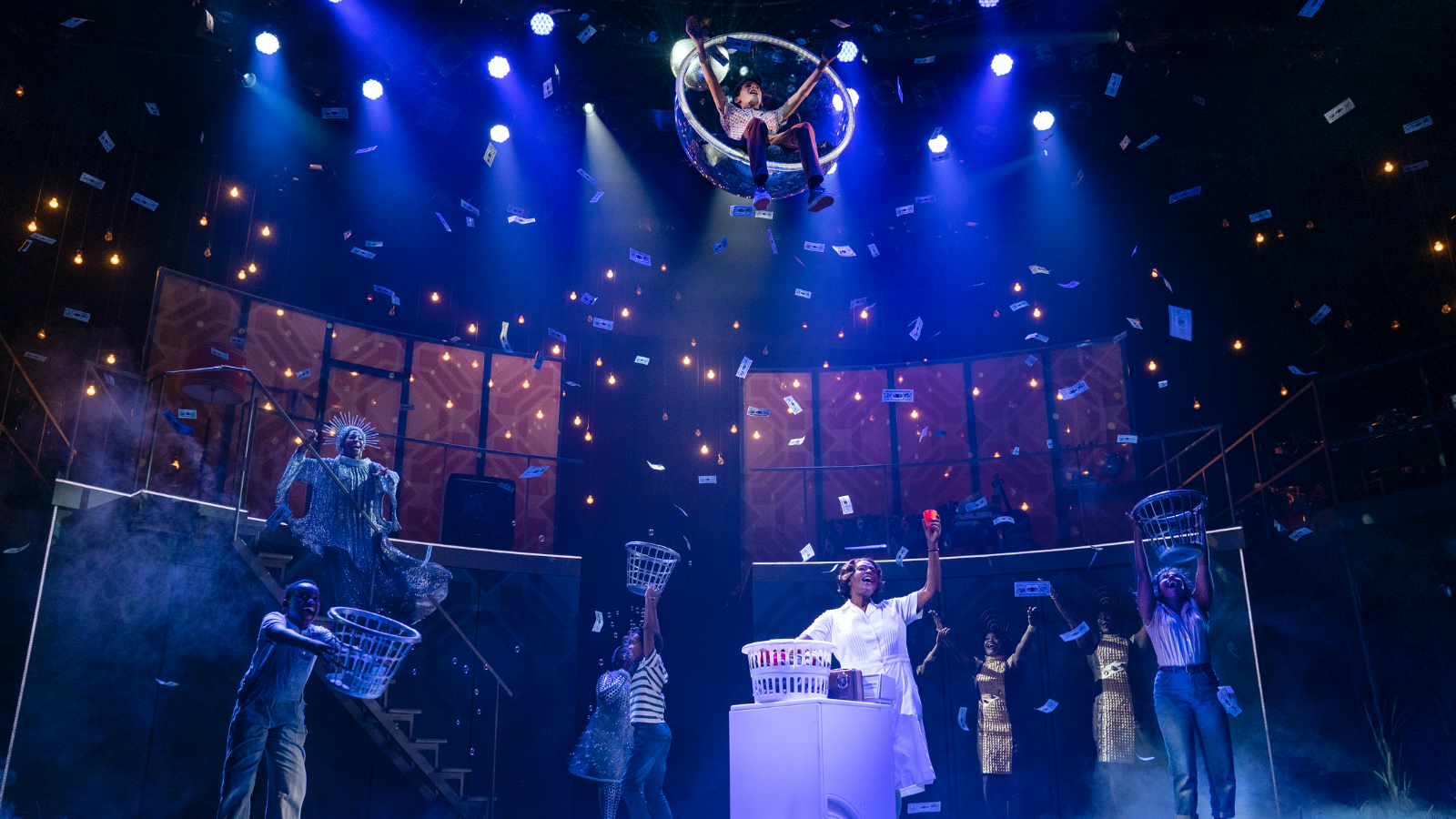 The company of Caroline, or Change on Broadway | Photo: Joan Marcus

Caroline, or Change is the rare musical which, though not long-lasting in its original Broadway showing, survives through a whisper network determined to prove its brilliance. Written by Tony Kushner, with music and lyrics by Jeanine Tesori, this sung-through tale of a single Black mother and maid in 1963 Louisiana is discussed in the same way one hears talk of shooting stars, or spectacular lightning. A new revival, long-awaited on Broadway since its thunderous premiere on the West End in 2018, proves that lightning does strike twice, and is even more of a sight to behold the second time around.

Starring three-time Olivier-winner Sharon D Clarke in her Broadway debut as the title character, this production stakes a claim for the musical as an essential classic, iconic in both its scope and execution. Directed by Michael Longhurst and staged by Fly Davis as the American lovechild of grand Greek tragedy and Shakespearan intimacy, it is a stunning meditation on race, privilege, and the possibility of transformation.

Its core story concerns a parenting scheme into which Caroline is drawn, when her employer, Rose (Caissie Levy, perfect), instructs her to keep the change her stepson, Noah, leaves in his pocket whenever she does their laundry. Noah (played by three alternates, but by Adam Makké at the performance I attended), views Caroline as a godly figure, especially in the wake of his mother’s recent death. Unnoticed by his closed-off father, Stuart (John Cariani), Noah plays into his mother’s plot, knowingly supplementing Caroline’s income. Though initially put off by the idea of taking money from a child, Caroline, weary and dejected after 39 years of struggle, begins to play along.

Through Clarke’s selectively passive performance, one gets the sense that Caroline has not held much of a strong opinion for quite some time; why waste the energy? Almost completely numbed of joy, she is blank as her friend Dotty (Tamika Lawrence) mourns the plans that recently-assassinated John F. Kennedy had for the country’s people of color. When her rebellious daughter Emmie (a powerful Samantha Williams), keen on Malcolm X’s militance, cheers the president’s passing, blaming him as “some old white man, don’t care about the Black man,” Caroline doesn’t defend him so much as chide her for speaking that way.

She is not entirely gone, though, singing a soulful dirge about the laws the tired maid would pass: perhaps the most important one being, as Emmie had clued in during her protesting, that her late husband would come back from Vietnam. Caroline’s longing is deep—not just in the immensity of her pain, but in how profoundly buried it is within her, and Clarke’s performance masterfully builds on the woman’s long-held grief.

What does one do with grief, especially when the thing being grieved was never guaranteed in the first place? For Caroline, it’s love and freedom. Young Noah grieves his motherly connection; Rose grieving her inability to reach him. Emmie, meanwhile, grieves Caroline’s apathy at the prospect of societal change. For Caroline, though, change bigger than a few spare nickels has been hard to come by, and even harder to envision.

When her longing does come to a head, it is for the possibility of change, not the promise of it. “Lot’s Wife,” a devastating aria about the desire to not allow fear to curdle into hate, is a shocking admission of personal lack, performed by Clarke with a monumental intensity that sears with its clarity.

Kushner’s mostly genius book outsources Caroline’s emotions to the few steady things around her, with a Washing Machine (Arica Jackson) often leading a trio of Radio singers (Nasia Thomas, Nya, Harper Miles) in a Greek chorus of sung commentary. Along with the Dryer (Kevin S. McCallister) and, most beautifully, the Moon (N’Kenge), these lyrical flourishes from Tesori toe the line between tongue-in-cheek and acutely depressing—a masterful touch that does not entirely gel together as they begin to get in the way of the increasingly compelling narrative.

It is rare for a musical to have a stronger second act than first, with most outings’ ambitions meeting their limits by the time the stakes are set. Kushner’s story, which might fare better as a tight one-acter, has somewhat of a bumbling start as it muddles through its introduction of characters, plot, and artistic flights of fancy. Longhurst’s direction valiantly makes its way through these flaws, and ends with a masterstroke of lighting (by Jack Knowles) and staging that banishes all misgivings one might find throughout the show.

This production’s final moment—a stark tableau of generational significance—is breathtaking in its simplicity, but earth-shattering in its artistry. If masterful theatre is measured by its ability to leave an audience reeling in catharsis, it is here that this production of Caroline, or Change emerges as an honor to experience, and a joy to have borne witness.‍

Caroline, or Change is in performance at Studio 54 on West 54th Street in New York City through January 9, 2022. For tickets and more information, visit here.