A Shorter Day’s Journey Into Night, but With No Less Despair — Review 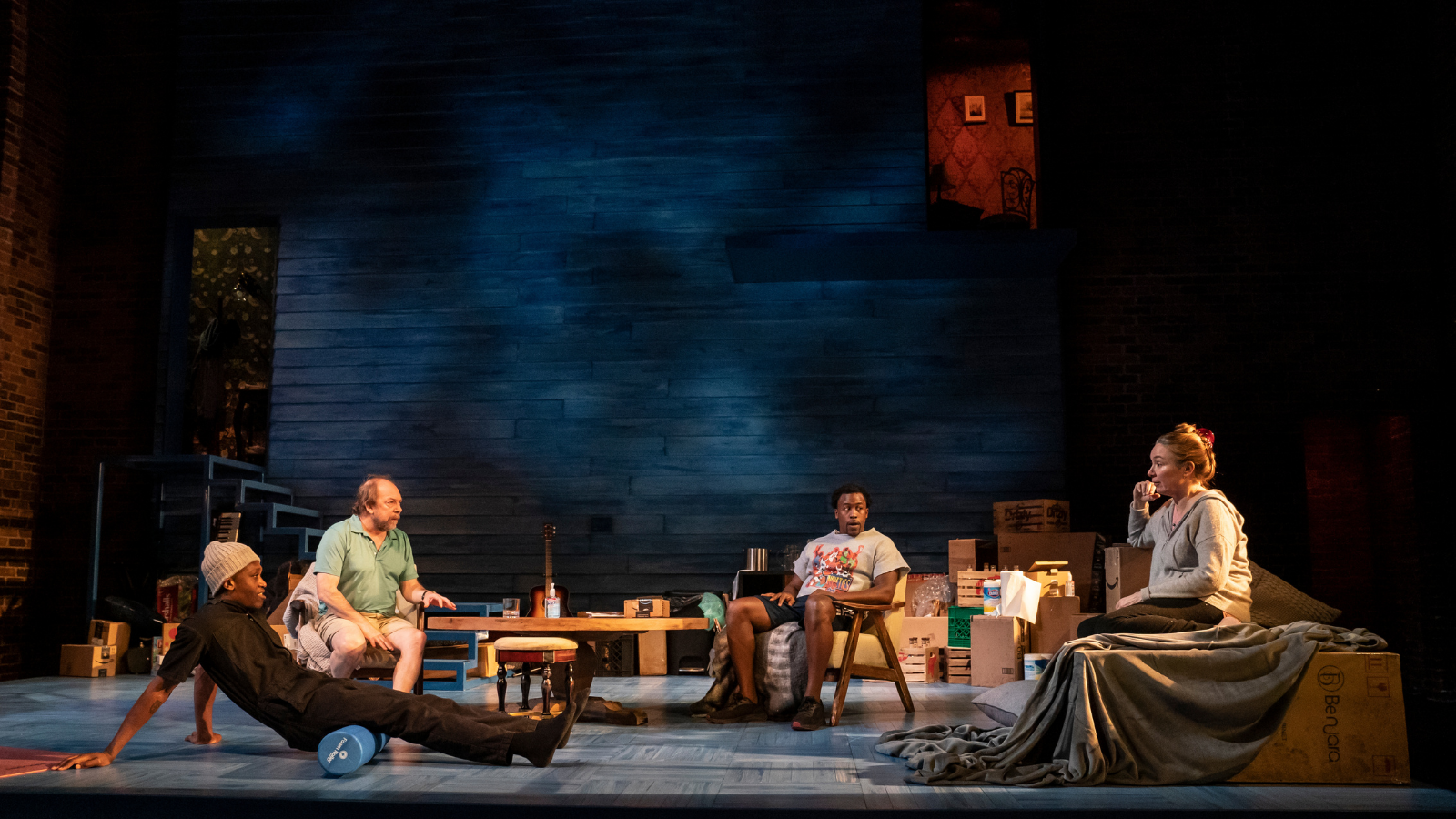 Playwright/director Robert O’Hara’s interpretation of O’Neill’s masterwork reframes the play in many ways, but among the most radical changes is Clint Ramos’ set. The elegant but suffocating living room of O’Neill’s text, based with exactitude upon his family’s Connecticut country home, here becomes a sleek, expansive space that’s never any particular room and sometimes shifts into a more expressionistic space.

The point isn’t actually that O’Neill’s directions must be followed to the letter—the last thing we needed right now was a traditional revival of Long Day’s Journey, especially since Roundabout delivered a sturdy one just six years ago. But an airy, undefined set for a play so specifically about a family trapped together in a stifling, tomb-like space feels indicative of how much the play’s intentions have ultimately gotten lost here.

O’Hara places the Tyrones’ long evening at a deliberately vague point within the Covid-19 lockdown of 2020. Clorox wipes, Amazon boxes and copious booze litter the space. Mary Tyrone (Elizabeth Marvel) has just returned from treatment for substance addiction—originally morphine, but now implied to be opioids or heroin. Her husband James (Bill Camp) is relieved to see her healthy, though elder son James Jr. (Jason Bowen) is skeptical of her recovery. Both are now mostly concerned about younger son Edmund (Ato Blankson-Wood), who has a worrying cough—tuberculosis in O’Neill’s play and here, presumably, Covid-19.

Taken literally, few of the changes would make any sense. No one attempts to quarantine Edmund; his eventual diagnosis is treated as a death sentence, which Covid is not; and so on. (Mary’s addiction tracks over to the opioid crisis a bit more naturally, but it’s still an awkward fit.) O’Hara tries to lure us away from literal-mindedness. Though the play takes place over a single day, CNN segments from different points in the pandemic play during transitions, suggesting a deliberate fungibility of exact time and place.

The idea is instead for O’Neill’s language to conjure the feeling of right now: the dreamy unreality of endless isolation, the numbing cavalcade of miserable news, the temptation to give into doom. The language is engrossing as always, though O’Hara’s plentiful cuts mean the play jumps from one misery to the next while rarely allowing room for the audience to breathe. That makes the two-hour total runtime (down from a typical 3:30 with intermission) scarcely much of a relief.

The direction does draw out a theme of generational divide, one that resonates strongly today. James Tyrone reads easily as a self-concerned baby boomer, loving but often unempathetic, concerned for the next generation but only up to the point where it does not inconvenience his own comfort. That would make his sons screwed-over millennials, roiling in a worsening storm of addiction, depression and disease that they will ultimately be left to battle alone.

This reading would help explain why Camp/Marvel and Bowen/Blankson-Wood feel like they are performing in two different plays. Camp and Marvel’s work is larger, with occasional flashes of ham (though still restrained by this play’s typical standards). Bowen and Blankson-Wood are determinedly, insistently natural, to the point where the siblings’ despair can read closer to boredom. No one gives a weak performance, but sparks never fly in the way that the play’s confrontations require.

All of this tonal confusion is, in fairness, reflective of the play’s central clan. The Tyrones are nothing if not a confused bunch, loving one moment and cruel the next, telling brutal truths when they see fit but disappearing into flights of fancy when it suits them. This production is equally inconstant, which is an idea worthy of the experiment. But intentional vagueness is still vagueness, and the evening ultimately just sort of floats away, untethered by its own uncertainty. ‍

Long Day’s Journey Into Night is now in performance at the Minetta Lane Theatre. For tickets and more information, visit here.