A SKELETON CREW of Flesh and Blood — Review 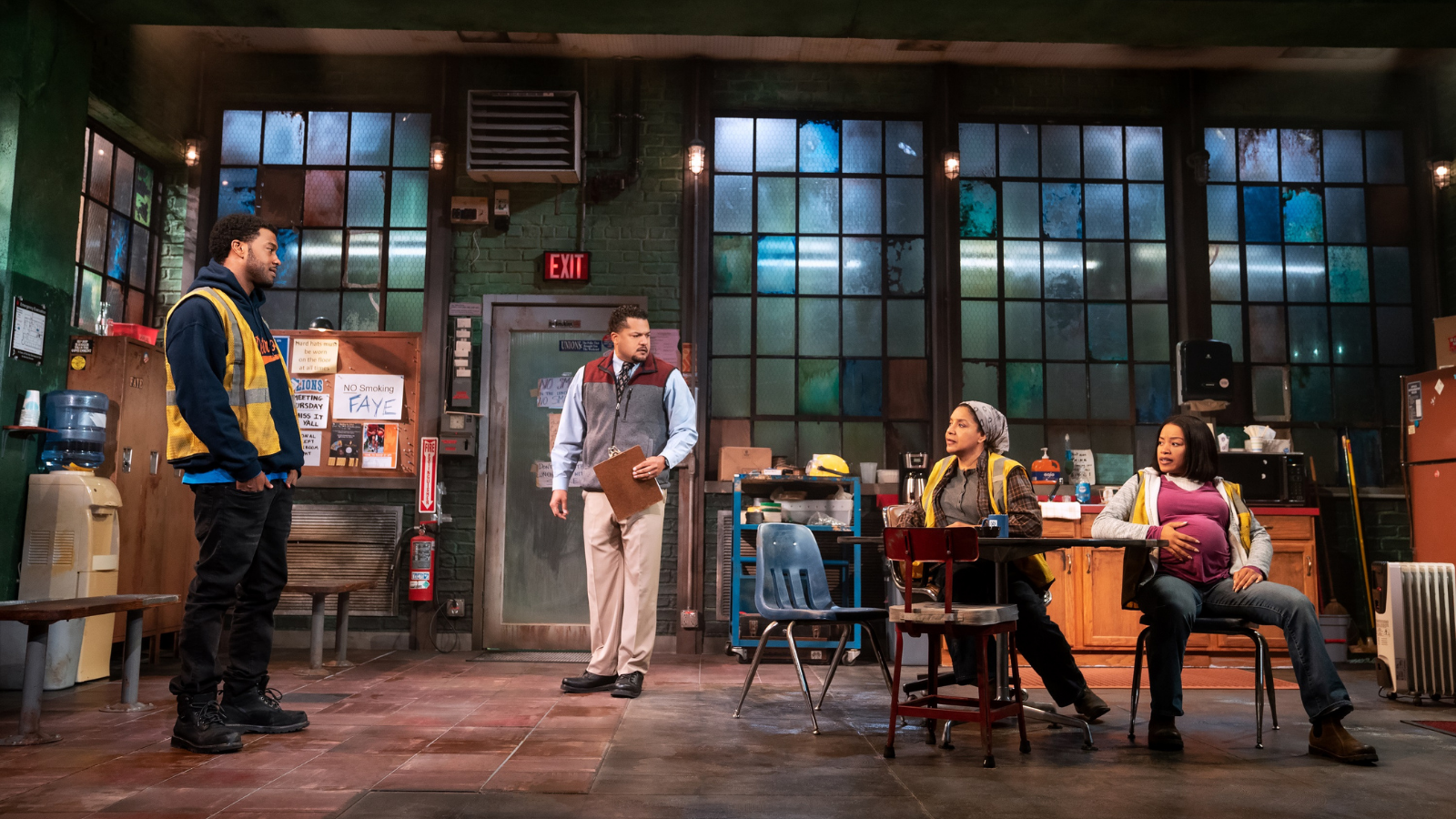 Faye has been at the plant for a while now; she says the walls talk to her. In many ways, Faye is the plant. So now, with rumors of downsizing and other plants shutting down completely, what is to become of Faye? In Skeleton Crew, Dominique Morriseau’s excellent drama which just premiered on Broadway, it’s a question that approaches with the unhurried, but inevitable, air of tragedy. Set in the break room of a Detroit automobile stamping factory during the Great Recession, it superbly portrays the pitfalls of accomplishing that most American ideal: caring about your job.

Because she is played by Phylicia Rashad, Faye has wells and wells of strength. A veteran actor, her casting is a stealthy bit of affection and respect instantly, and accordingly, commanded. Though technically under the increasingly uneasy eye of foreman Reggie (a first-rate Brandon J. Dirden), she rules the break room and everyone in it, disregarding “No smoking” signs and making herself at home. Her kingdom rules over Shanita (Chanté Adams), a level-headed pregnant woman with a genuine passion for her trade, and Dez (Joshua Boone), a fiery worker fed up with being bothered by his union fees as much as the uncaring plant owners.

“How you figure you irreplaceable?” Faye asks one of them and, as their longtime union rep, she’s earned the right to hand out tough love. It’d be glib to say she should learn how to ask herself that, but Morriseau’s ingenious play goes through the motions of a workplace dramedy while rigorously questioning the ethics and logic of caring for one another while on the clock. They say your boss is never your friend, and that, when it comes to business, the buck stops somewhere. Morriseau cleverly juggles these dictums by crafting characters who struggle to properly care for each other in ways that save their personal and professional lives—when you’re designed to be replaceable, these two can collide in an inhuman catastrophe.

Ruben Santiago-Hudson, who apparently couldn’t get enough of the Friedman Theater following his excellent turn in Lackawanna Blues, directs the cast with a sharp understanding how these breezy workspaces can take us into an HR storm if we let our guards down. His directorial hand is slight and realistic, allowing the characters to organically carve out spaces for themselves in an industrial wasteland meant to exploit, not nurture, their abilities.

Less successful is the interstitial dancing by Adesola Osakalumi, who performs a series of mechanical routines — sometimes tutting, sometimes “the robot,” sometimes more evocative — during scene transitions. The on-the-nose (though well-executed) choreography becomes heavy-handed rather quickly, enclosed in Michael Carnahan’s set, itself framed with screens depicting various automated arms and machines constantly at work. The human-as-engine comparison only goes so far, and the play creates far more engaging comparisons anyway, between person and place, dedication and servitude, time and place.

Morriseau has created a brilliant, modern workplace tragedy, masterfully attuned to the ways the American Dream has made sleepwalkers of us all. If there is a tiny bit of motherly compassion missing from Rashad’s portrayal of the plant matriarch, it is more than atoned for by the nuances and moments of joy felt throughout the play:  a stunning assembly line of workers trying their best to not fall off the belt.‍

Skeleton Crew is in performance at the Samuel J. Friedman Theater on West 47th Street in New York City through February 20, 2022. For tickets and more information, visit here.