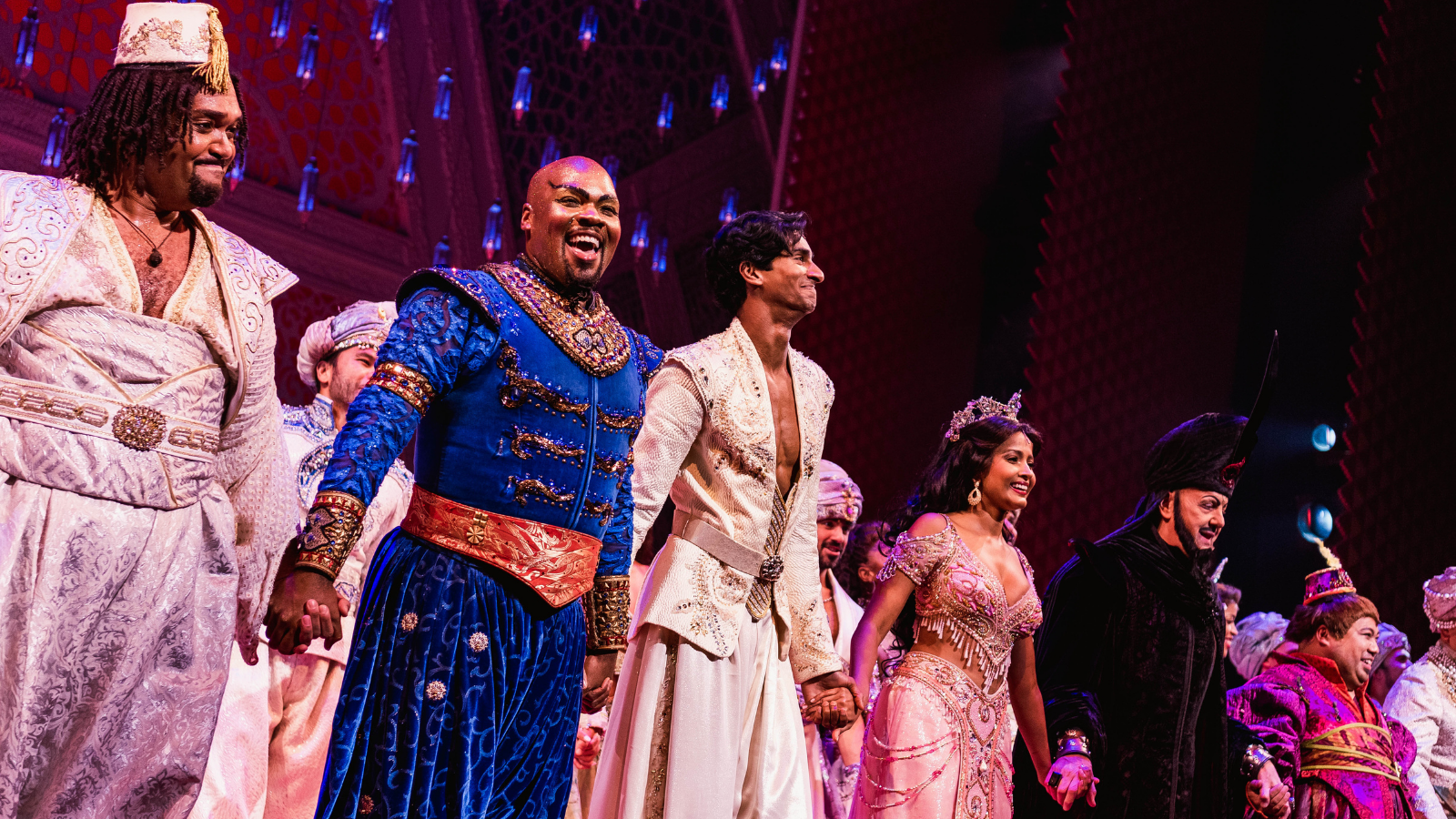 Last night, Disney celebrated its return of the acclaimed hit musical Aladdin as it reopened at the New Amsterdam Theatre for the first time following the pandemic shutdown.

Directed by Tony winner Casey Nicholaw, Aladdin first opened on the Great White Way in March of 2014 and has been seen around the world by more than 10 million people. The show features music by Alan Menken, lyrics by Howard Ashman, Tim Rice and Chad Beguelin, and a book by Beguelin as well.

See photos of the cast take their first bows back on Broadway: