AMOUR: A Broadway Revival for the Digital Age — Review 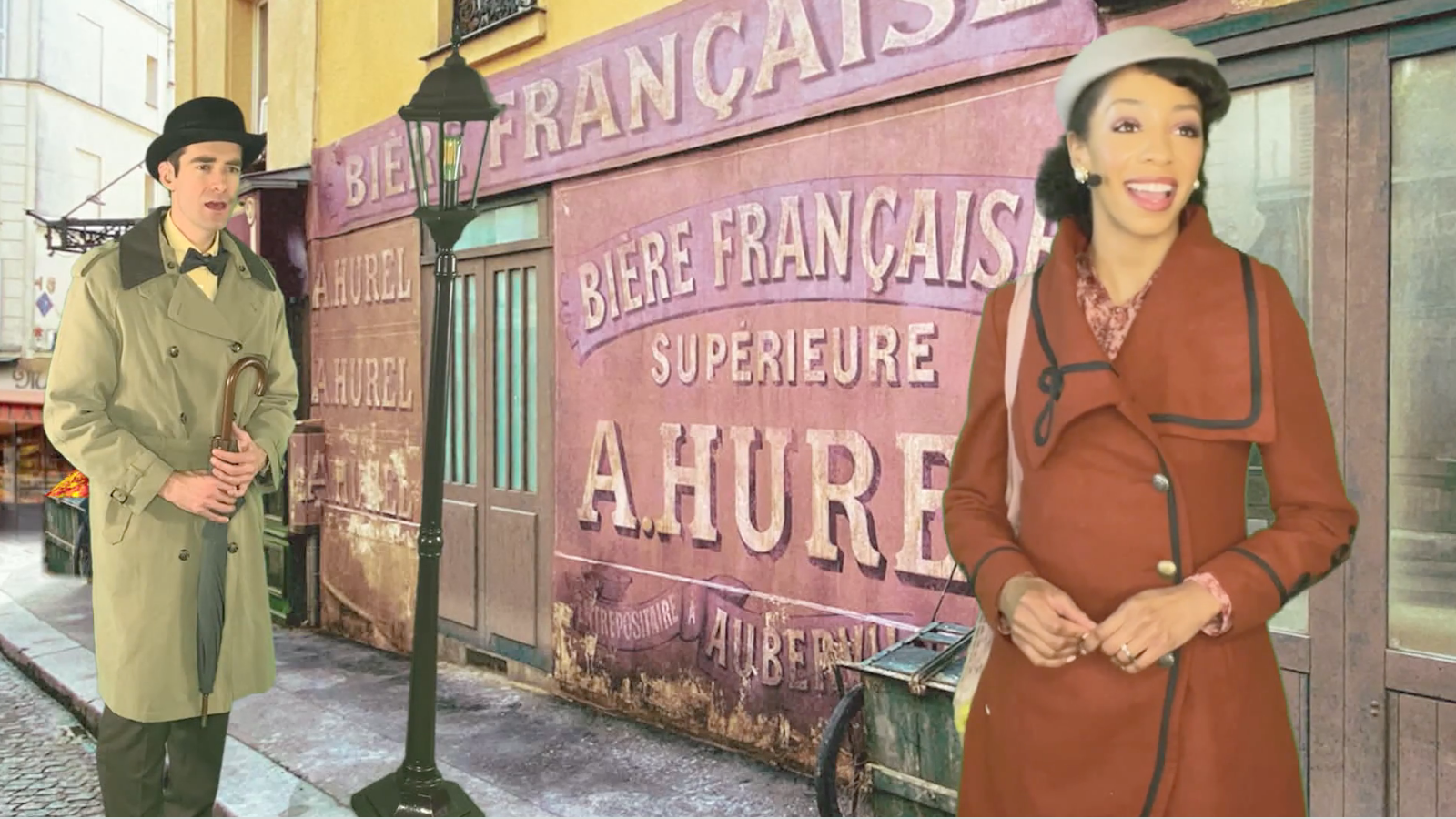 Just when I thought I had seen all that virtual theatre has to offer, I tuned into “Amour, The Virtual Broadway Revival”.  For those asking themselves (as I did), “Wait, this is a revival?! When was this on Broadway?”, Amour originally ran for a short 18 performances at the Music Box Theatre in 2002 directed by the great James Lapine. This virtual pre-recorded version of the show–directed now by Meg Fofonoff and presented by ArtLab and Showtown–follows an extremely ordinary man named Dusoleil. He is a very unremarkable Parisian man who suddenly is able to walk through walls. Set in the beautiful French city Montmartre, audiences follow how Dusoleil chooses to use his newfound gift. From stealing on behalf of the Parisian people, to attracting the attention of his love interest Isabelle, Dusoleil comes to terms with the benefits and costs of being extraordinary.

The cast features some pretty prominent Broadway figures, including Derrick Baskin, Kara Lindsay, Christiani Pitts, Kevin Massey, and Drew Gehling as Dusoleil. I was particularly impressed by Pitts’ portrayal of Isabelle, having last seen her in King Kong. While it would be easy to portray Isabelle as a helpless woman stuck in a loveless marriage, Pitts added a sort of strength and feminist flare to the role. Another standout was Lindsay’s portrayal of Madeleine, who presented her character as a hilarious and wide-eyed civil servant who had me laughing from the comfort of my couch.

By far the most magnetic part of the show is the music from Michel Legrand and lyrics from Didier Van Cauwelaert. Legrand’s music combines a cacophony of syncopations with melodic ballads that get stuck in your head, while Cauwelaert’s lyrics match the music perfectly, even in some songs perfectly inserting double entendres that make the audience feel proud of themselves for discovering. Each song flows into the next seamlessly, yet each is distinct from one another, once again reminding me how I love the different directions one can take a Broadway score. Where Amour sometimes lost my fascination was the storyline. Adapted from Marcel Aymé’s story “Le Passe-Muraille” and adapted to the stage by Jeremy Sams, the intentions of some of the lead characters such as Dusoleil seem inconsistent at times. For example, the audience can never really tell whether Dusoleil wants these newfound powers or not, except as a means to get the attention of Isabelle. The characters sometimes lack depth, making it difficult at times to fully immerse myself in the story. Some of the writing is also quite brute and while some jokes may have been comical at time it premiered, the script overall could use a revamp in the modern theatre landscape.

I would be remiss if I did not mention the editing in this virtual revival. I appreciated the editing’s attempt to portray somewhat of a depth perception by resizing characters to fit the scale of the background. That said, this choice is just the tip of the editing iceberg—the Randy Rainbow style editing in this production truly had me laughing out loud in the best way possible to myself in my empty apartment. From editing in about a dozen smaller Dusoleil characters on the screen during one scene, to portraying his ability to walk through walls using a fading effect, I gobbled up every second of it. The editing only added to the whimsical nature that the show demands, leaving me excited for what director Fofonoff would think of next. It raises the standards for what can be done in the virtual theatre scene, and for that I say mercí.

Overall, Amour’s virtual revival is the kooky and fun show we all need to get through what we hope is the last wave of this pandemic. I found myself thoroughly entertained and impressed by the onscreen and offscreen talent, showing me that magic can be made in the world of virtual theatre.

“Amour” is streaming via Stellar through April 4, 2021. For tickets and more information, visit here.