An Exploration of BLINDNESS During its Final Week of Performances 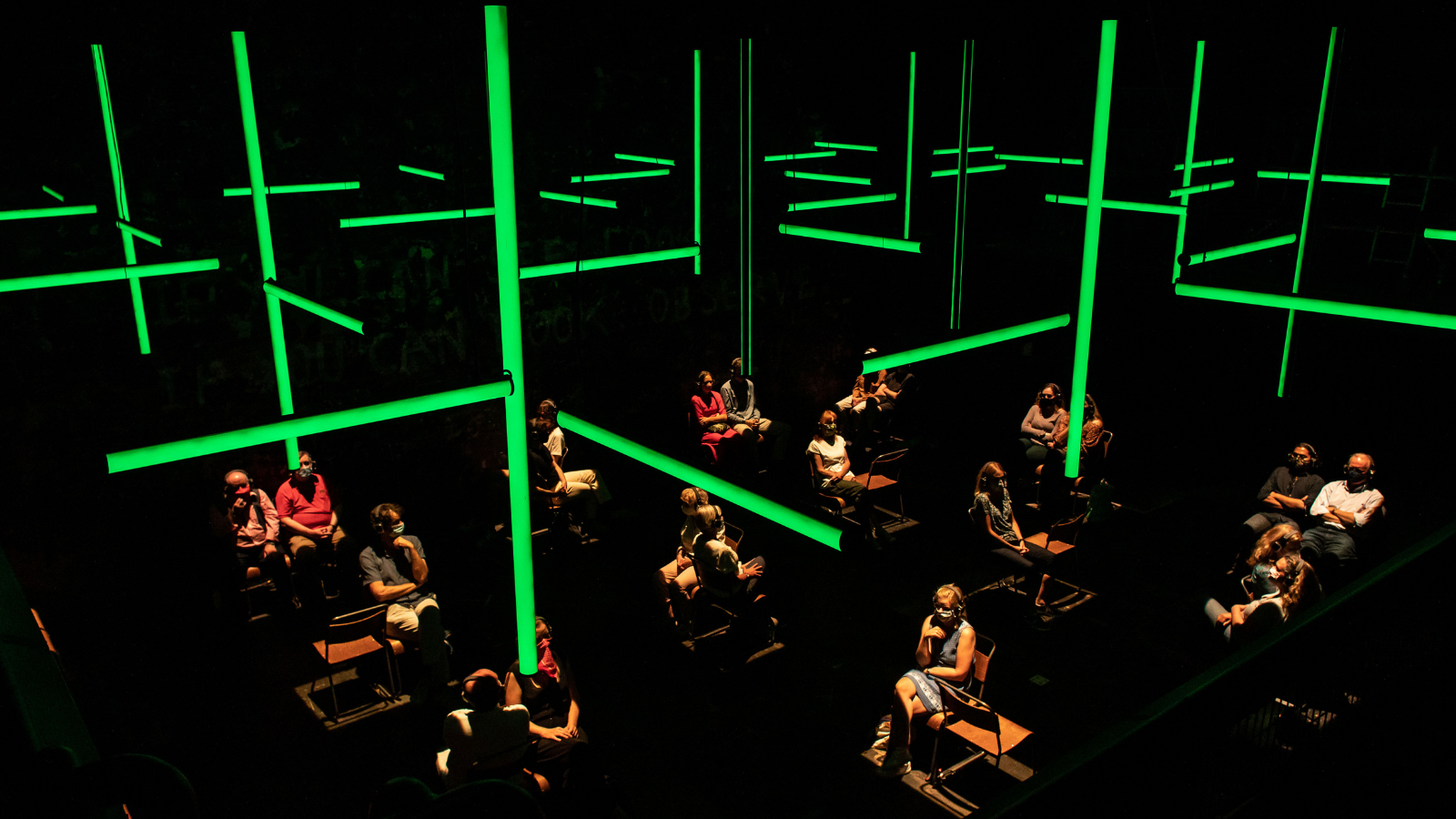 After 16 months of tension and hopelessness brought forth by a pandemic and widespread societal reckoning, how do we see the light at the end of the tunnel? Blindness paves the way forward, as the first show with an in-person, indoor audience to open since the shutdown of theatre in NYC.

Based on the acclaimed novel by José Saramago, which was also adapted into a film in 2008 starring Mark Ruffalo and Julianne Moore, Blindness follows a doctor and his wife through an epidemic causing sudden and complete loss of vision in its victims. By some miracle, the wife somehow never contracts the illness, and appoints herself as the leader of a group of the afflicted, which consists of her husband, and his patients. Together, they must navigate their way through a world of darkness - for the ill, a world without sight, and for the doctor’s wife, the sight of a world ravaged by sickness and societal downfall that no one would ever wish to see.‍

Blindness not only tackles the experience of an epidemic, but the corruption and loss of humanity that can accompany such a merciless, unpredictable, and rapidly-developing crisis. Many of those with power in Blindness took advantage of those without sight by attacking their shelters and stealing their resources. The doctor’s wife used her privilege to see to protect and guide those that could not.

As Blindness explores illness, disadvantage, greed, and humanity, the plot alone gives our modern-day audience much to think about in the wake of the COVID-19 pandemic, and the longstanding issues within our society that it demanded attention to. The physical manifestation of this story within the Daryl Roth theatre, however, is even more thought-provoking, by immersing the audience within this epidemic, all while our current pandemic continues outside the theatre’s doors. “When I heard the Daryl Roth Theatre was a former bank, I thought it was genius, because the novel is of course about an epidemic, and we immediately think it’s [like] COVID-19, but I think it’s actually an epidemic of the system we all live in, and capitalism,” says director Walter Meierjohann.

The current production of Blindness features no actors, but audience members themselves can feel as though they play a role, as groups of two seats are distantly placed within the bare theatre. Electric lights are hung throughout the space, but do not expect them to be on for long - Blindness plunges its audience into complete and total darkness for the majority of the show, taking you right along with the characters who now, just like you, cannot see, but can only hear the voice of the doctor’s wife (Juliet Stevenson). “It’s completely the opposite to what I initially imagined it would be, which was a huge, 120-member cast onstage. But it became a monologue, where even the actress isn’t there, and the audience becomes the protagonist,” says Meierjohann. “In a way, the concept was completely dictated by COVID-19...I actually now think that we maybe have come closer to what the original novel was about, which is basically imagining a world like this, and that’s what the audience is doing. They imagine their own dystopian reality.”

The timing of Blindness could not have been more perfect, as it is likely not so difficult for a current audience to imagine such a scenario. Sharing this scenario as human beings inside a theatre once again is an equally artistic experience to simply experiencing the production itself. “I think that’s the key definition of theatre, that we all share an experience. We were the first production to open, and that was very powerful. I think that’s what the production is about, I know this piece is very dark, but the year has been dark, and sometimes you have to digest what’s happened before you move on,” says Meierjohann.

With darkness comes light, and at the conclusion of Blindness, the audience, who may now just realize the role that they have played in this story is just as real as the role we are all currently playing in the world of COVID-19, is shrouded in daylight, as the colossal side doors of the Daryl Roth Theatre swing open for the final moments of the concluding monologue. When the audio ends, the theatre is silent. Socially-distanced pod by pod, everyone shuffles out, mystified by the sight of the street they had just entered from, with a newfound appreciation for the groups of people peacefully passing by on it.‍

The final performance of Blindness is on July 25th, 2021. To purchase tickets, click here.