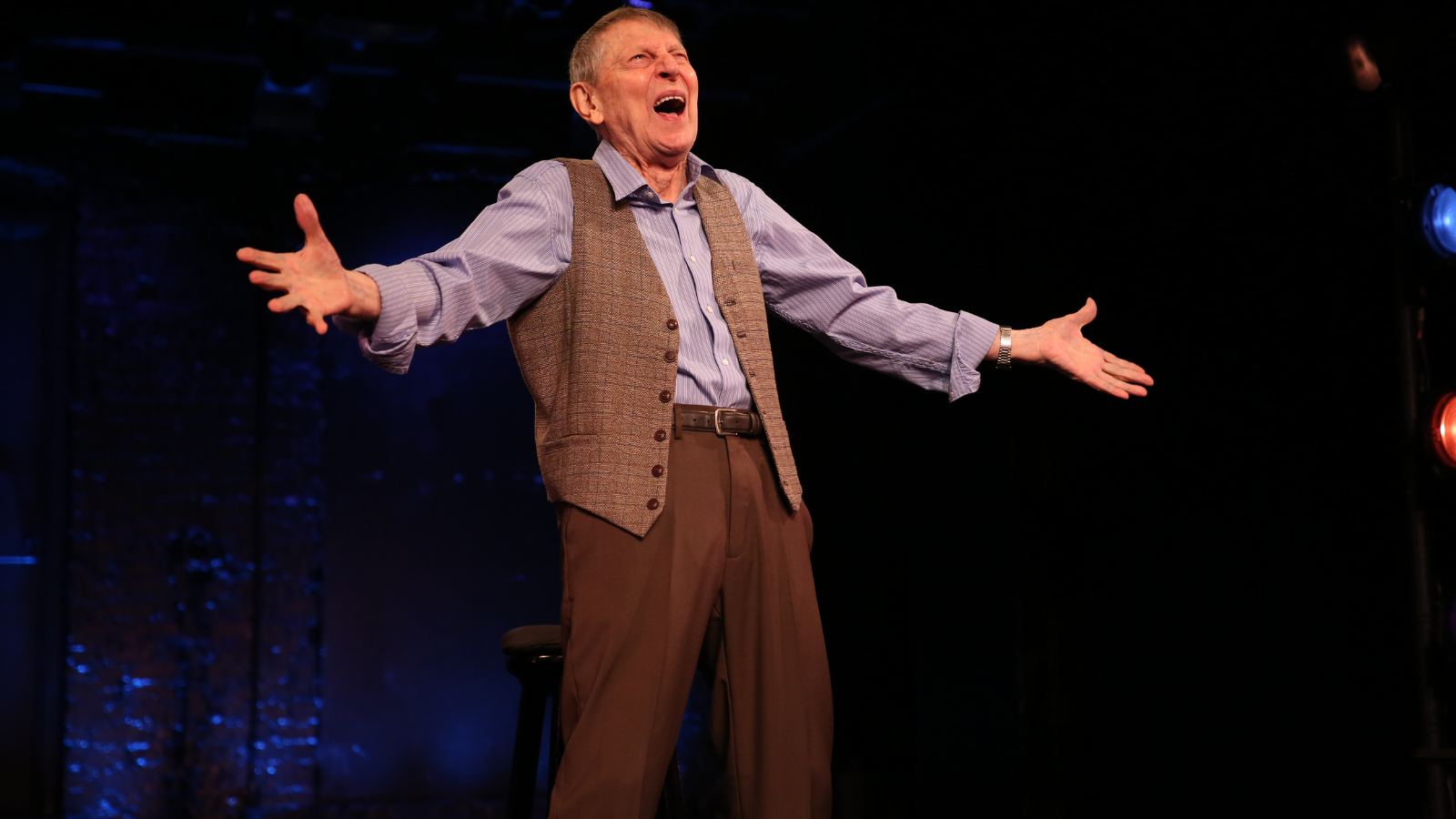 John Cullum in "An Accidental Star" | Photo: Carol Rosegg
By
Juan A. Ramirez
&
on
Category:
Features

Now, this space (the column; my mind, generally) is usually a site of diva worship, especially for ladies of the stage. But “John Cullum: An Accidental Star”, a new filmed performance of what was to be a live one-man show, got me thinking about Broadway’s leading men and the curiously small place they occupy in our cultural awareness.

The show, it must be said, is mostly delightful. Cullum is a jovial presence––avuncular in a way we don’t see much anymore. His sweet Tennessee lilt and heavy Americana vibes are the kind that, for many, were annihilated by the politics of recent years. At 91, he has an infectious––and even for this 24-year-old, enviable––vitality and “golly gee!” energy that have not crashed in the eight decades he’s been in New York.

The “accidental” nature of his stardom is of the type we usually lose our minds over when associated with women. Think of Sutton Foster’s picked-from-the-chorus-line narrative with Thoroughly Modern Millie, or of Cullum’s own castmate in the original Broadway production of On the Twentieth Century, Judy Kaye. When a height-of-her-powers Madeline Kahn left that production shortly after its opening, Kaye ran away with both the spotlight and the audience’s imagination. Cullum won his second Tony Award for the performance, anyhow, and has been working on Broadway right up through a 2016 stint on Waitress.

But here’s an American Theatre Hall of Fame inductee with two Tony wins and two more nominations who we don’t often think about. What other leading men do we have? Those of the versatile Norbert Leo Butz and Danny Burstein variety tend to inspire more respect than adoration. Comedians like Andy Karl and Christian Borle get laughs, but little glitz. I’ve enjoyed and relied upon these men’s performances throughout the years, but it’s usually the women on the Playbill to whom my eyes wander.

Far be it from me to turn this into a Men’s Rights column, but does Broadway not regale its men with the same glory it does its women? Should we? Should we care? Or is the nature of stagedoor stanning predicated on the razzle dazzle of the roles we give our divas? Would I start posting overly earnest Instagram birthday posts for Norm Lewis if he donned a fabulous bob and sequined gown onstage the way I do whenever Patti LuPone so much as blinks? Would area gays have blacked out at intermission in preparation to see Peter Gallagher descend a staircase in a red-feathered headdress in Hello, Dolly!?

In any case, lowkey-Broadway-historian Tina Fey gave John Cullum a quick 30 Rock cameo as Leap Dave Williams, and on Unbreakable Kimmy Schmidt as… well, watch for yourself. And that is how showbiz legends never die.