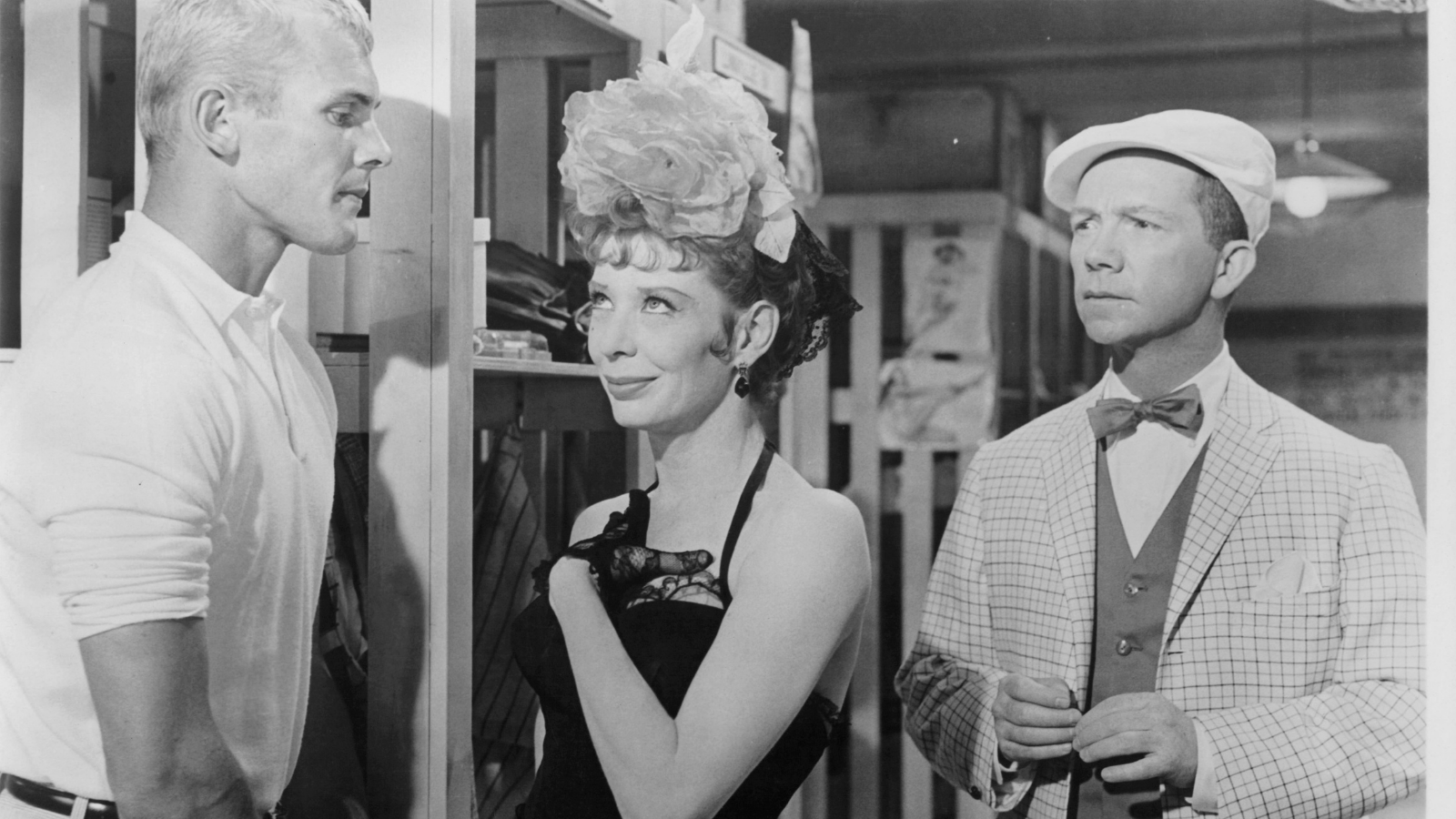 Despite claiming the honorable title of Apple Music’s #1 Gwen Verdon listener in 2020 for my endless looping of the Sweet Charity original cast recording––quarantine had taketh socializing, but giveth time to perfect her pose on the cover––that musical’s hold on me didn’t let me explore her other work. As you can imagine, by this point I’ve committed all casts, orchestrations, and choreographies of Chicago to memory, but there remains an embarrassing gap in Verdon knowledge.

On a recent re-watch of The Rocky Horror Picture Show, something about Tim Curry’s constantly placing his hands on his hips pointed to my obvious solution: Damn Yankees. My next Gwen Verdon point of obsession would be the 1955 baseball musical, Damn Yankees. Talk about another striking poster pose––mouth a-yellin’ and both hands on lingeried hips like a centerfold Ethel Merman. Certainly this would match the thrill of seeing Charity Hope Valentine scamper and shimmy her way through a romantically troubled Manhattan.

So imagine my distaste at finding out the musical is actually about baseball. A Broadway classic actually asking me to care about whether a midlifer who magically turns into young Tab Hunter (promising) can ignore Gwen Verdon’s advances (impossible) and beat the Yankees (lost interest)! And, despite the poster, Verdon is hardly the star, though her screen entrance as Lola, the “best homewrecker on the Devil’s staff”––draped in satin sheets on a bed in Hell––is quite fabulous.

Poor, sexy, gay Tab Hunter fighting to keep his cool as Verdon goes Tom & Jerry on him in the locker room. His effortful restraint in the scene is more or less how I felt waiting for Fosse’s choreography while the story dragged me through the technicalities of baseball scoring and whatever else. Surely, the kid was disappointed at finding out the Stanley Donen/Bob Fosse/Gwen Verdon musical retelling of Faust he signed up for would be this dull. Hard to blame him, but hard to care.

But then a bone was thrown (out of nowhere) in the form of––God bless––an absolutely unrelated musical number I’d seen before but for which I’d never thanked the heavens. An uncredited Bob Fosse grabs his hat, cane, and future-wife Verdon and moves like no straight man has dared to move since. Some true Tom & Jerry mania, and it saved me (that night)!

As far as playlists go, I’ll be sticking to Sweet Charity, with some Lola sprinkled in for athletic measure. Had I paid more attention to the plot, I might have learned a thing or two about deals with the devil––ask for a sexy Gwen Verdon pose, become the stiff Tab Hunter performance watching it.