AND… SCENE! Who is Flying Me Out To See ANYTHING GOES? 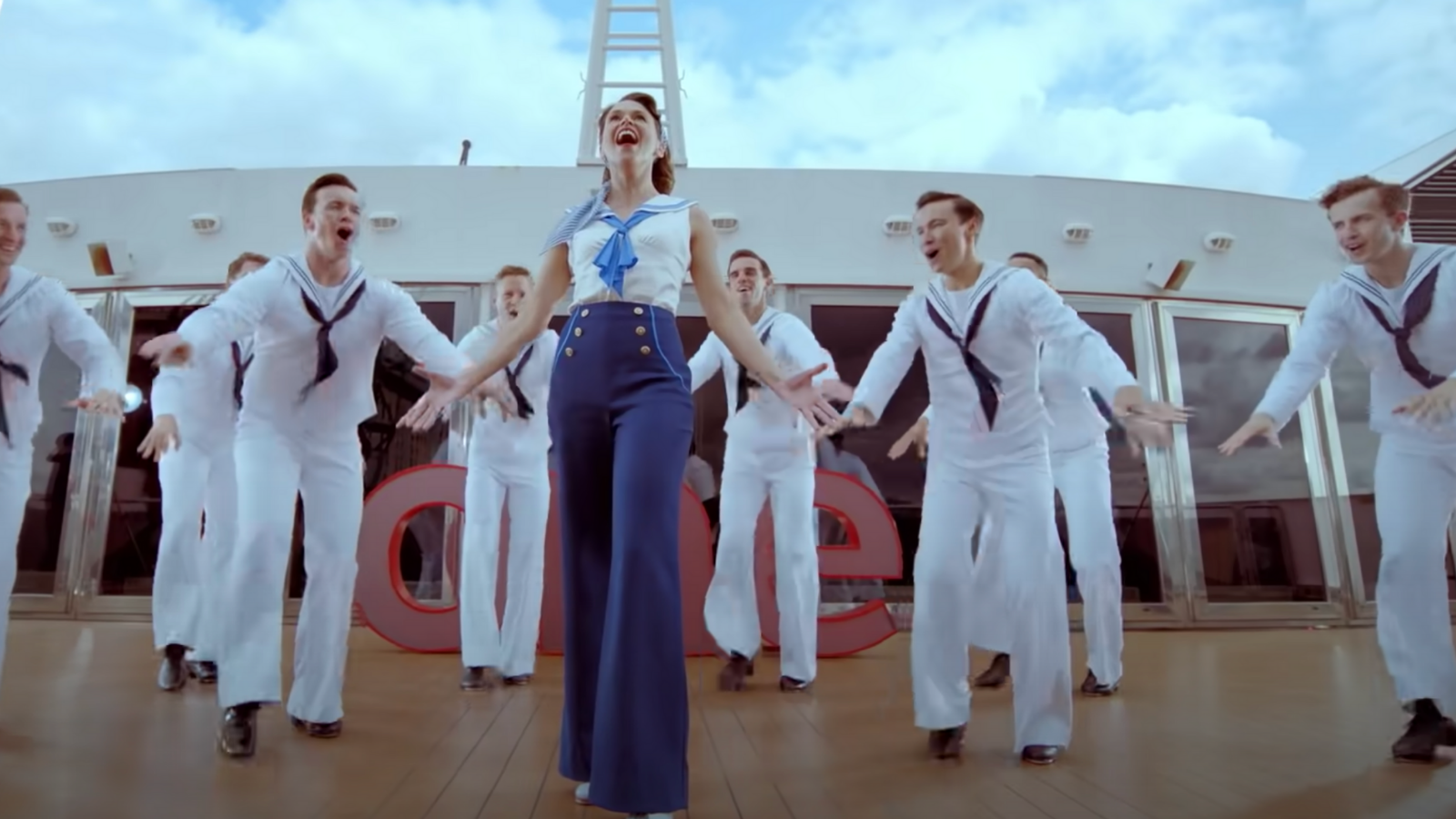 Photo: The One Show, BBC
By
Juan A. Ramirez
No items found.
on
Category:
Features

Wait, the Anything Goes revival is at the BARBICAN? With the 54-foot-wide stage? And I’m just learning it’s a restaging of the 2011 Roundabout production I so desperately wanted to see? Through this promo video? In which Sutton Foster absolutely eats a full ten years after winning her second Tony for playing Reno Sweeney?

I suppose part of me should be upset that this isn’t a new production. I laughed myself silly during the touring production, but I’ve always thought Anything Goes (God love musical comedy) is such, such a stupid show that it could withstand a rewrite every 10 years.

And I say “stupid” with my whole entire heart –– the way I do when I describe Hello, Dolly! as the dumbest, most perfect musical. Dolly is perfectly constructed and possibly the flawless American masterwork, and I could go on and on about its protofeminism, but anyone who suggests its not profoundly silly is kidding themselves.

(Also, why has Imelda Staunton’s Dolly been pushed to 2023? They really thought they could plant the idea of a gritty revival where she shoots Horace then leave me hanging?)

In any case, who cares about the specifics of the Anything Goes plot anyway? It was crafted back when two men in top hats could jump in front of the curtain and do a comedy routine between songs and the audience would be like, “Yes, of course: Plot.”

Change the whole thing up! Update it to include Instagram, or something. Have passengers be influencers who won a contest by drone-capturing their cruise experience. The downside is that the logical updating of Reno, an evangelist turned nightclub singer, would probably be turning her into Megyn Kelly, or something. Maybe there’s something there, though.

Then again, as a fatally diagnosed 1930s transatlantic **** myself, I’d miss the quaintness of people quoting newspapers and reading local trades on a lido deck. Are cruises even around post-COVID? Will Anything Goes even be understood by Gen Z?

These are the questions I’ll be thinking over on the flight to see Ms. Foster tap dance into her Carol Channing era. In London. Editors::::: My summer is wide open!