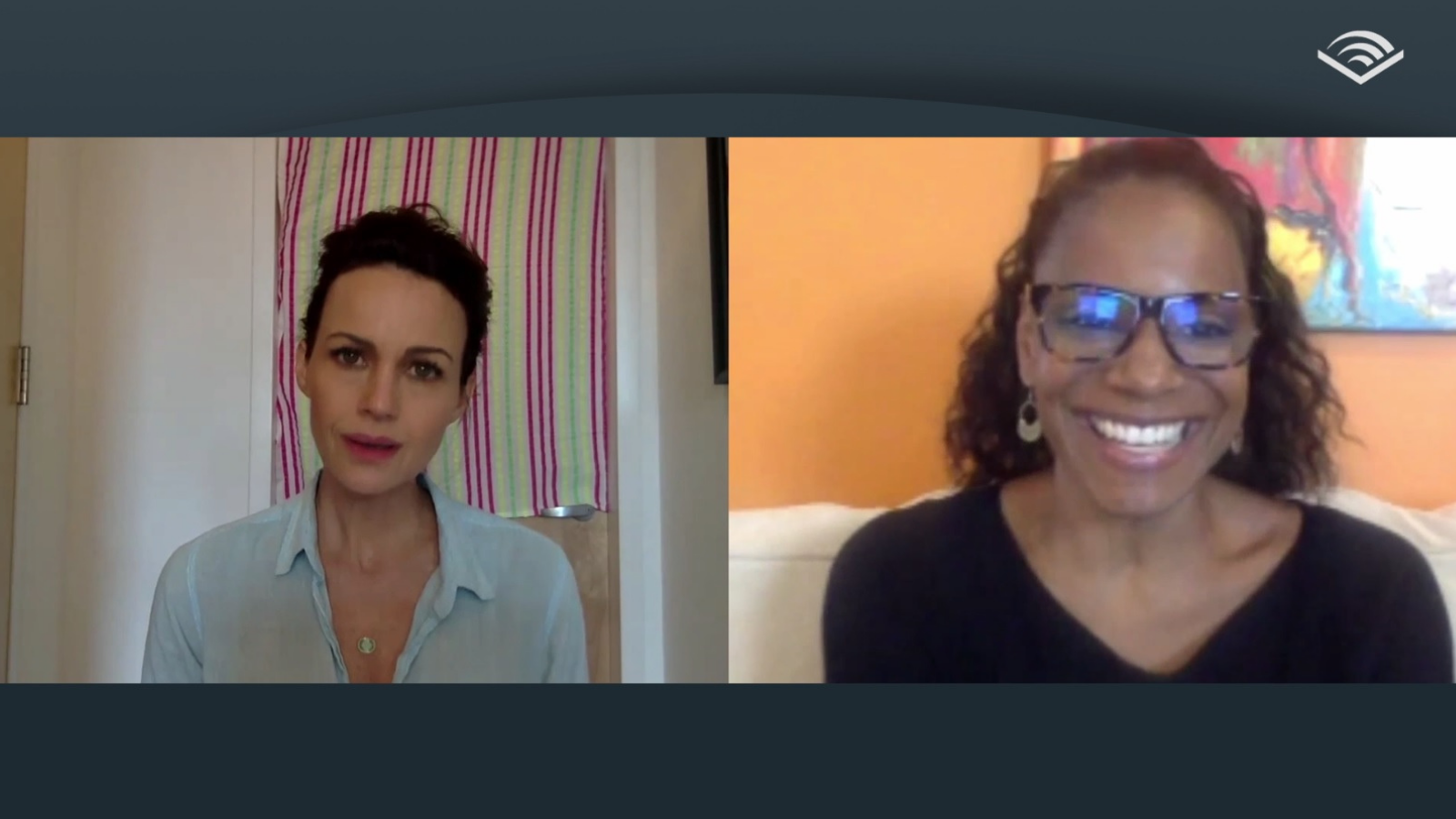 Carla Gugino and Audra McDonald
By
Juan A. Ramirez
on
December 5, 2020
Category:
Reviews

When I think of Tennessee Williams’s A Streetcar Named Desire––possibly the finest American play of the 20th century––I think of heaving bodies. I think of bodies sweating, panting, and drowning in bourbon. I see Blanche draped in exhausted repose; Stella lustily descending a rickety stairwell; Stanley lurching around their cramped New Orleans apartment.

In socially-distanced lieu of a staged production, the Williamstown Theatre Festival has released what was to be the crown jewel of their season as what is, essentially, a radio play, produced in tandem with Audible. And, while missing the visual carnality that turns Williams’s words into exquisite theatre, what jewels! Six-time Tony Award-winner Audra McDonald as the faded belle, Blanche DuBois, and Carla Gugino, who has been lighting fires everywhere these past few years, as her sister, Stella.

It is safe to assume anyone willing to listen to this audio production has already ridden the streetcar to Elysian Fields, where the story takes place. They’ve already taken in the steamy sights of New Orleans and been introduced to Stanley and Stella Kowalski, the sexy young couple who find themselves hosting Blanche for a few months, while she sorts herself out. They know nothing good will come from mixing too much bourbon and Coke, or an in-law with a penchant for gilded lies and a brutish veteran with one or two things in his mind.

Lacking the raw, visible sexuality that drives most productions, what we get here feels closer to a wickedly fun tea with some exasperated Southern ladies and the men with whom they surround themselves. Every scene seems to take place in close-up, giving the play a soap opera feel that’s not entirely unwelcome. Leaning into the camp cattiness and glamor that have always been at the core of Williams’s work, never has this dialogue played out in such a deliciously lively way.

The two leading ladies are terrific, and make a three-act meal out of their accents. (I highly suggest pairing this audio with McDonald’s Tony-winning work in The Gershwins’ Porgy and Bess, where she plays another Southern charmer at the end of her rope.)

As Stanley, Ariel Shafir does his best in a part that’s too beastly for his posturing––even without bringing the performance of one famous B-r-a-n-d-o into consideration. When Blanche remarks that, “thousands and thousands of years have passed him right by and there he is––Stanley Kowalski––survivor of the Stone Age,” it seems like another one of her fantasies than a primeval reality. Mitch, Blanche’s love interest, is given a warm, genial decency by Sullivan Jones.

This being an audio play, it’s hard to know where exactly it is that director Robert O’Hara stepped in, and how much of the finished result is his vision, as opposed to just the sum of its parts. However, someone must be blamed for the disastrous soundscapes that accompany the final two scenes and, O’Hara ostensibly having had final say, the buck stops with him.

Lindsay Jones’s original music and sound design is mostly alright throughout the presentation, if a little over the top. The fight that ends the boys’ poker game early in the play might have you think the October Revolution was happening in New Orleans, but his designs are largely unobtrusive. That is until Stanley and Blanche’s climactic confrontation––an unnervingly crafted pas de deux that builds to a brutal assault––is here backed by jungle noises and tiger growls. Some primal grunting might have been evocative, if a bit on the nose, but literal monkeys howling tend to drown out emotional nuance or accurate sense of action.

A similar effect happens in the final scene, when Blanche gives her immortal last word on the kindness of strangers. Finally submerged in the delusions which always threatened to drown her, it should play as a gripping eulogy for a shattered psyche. Instead, Jones’s soundscape takes the Area 51 route, distorting everyone’s voice with an alien sound effect that is embarrassing, at best.

Those late missteps hardly affect the overall fun to be had with this production and, in 2020, there might even be some contemporary nuance to be picked out of this 1947 play. There might be something about a morally bankrupt, yet idealistic, woman who tries to win people over despite a questionable past, and a belligerent outsider who, through a complete lack of tact, disrupts reality in unthinkable ways.

“I don’t want realism. I want magic!” cries Blanche. “I try to give that to people. I misrepresent things to them. I don’t tell the truth, I tell what ought to be the truth. And if that is sinful, then let me damned for it!”

For more information and to listen now, visit Audible here.

Juan A. Ramirez is currently pursuing his Masters in Film and Media Studies at Columbia University. He has written arts and culture reviews, features, and interviews for publications in New York and Boston, and will continue to do so until every last person is annoyed.