BACK TO THE FUTURE The Musical Sets New West End Dates 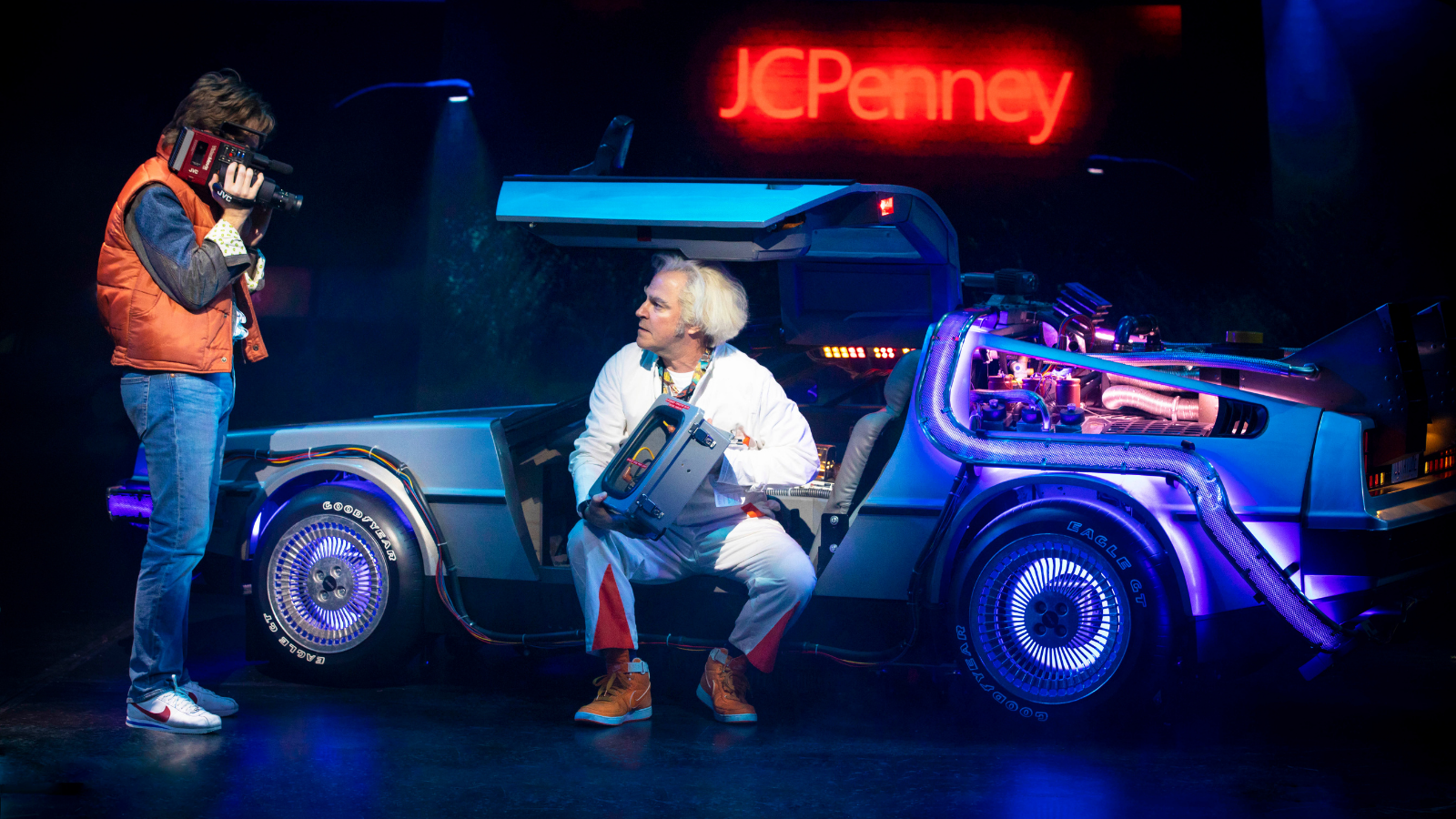 Olly Dobson as Marty McFly and Roger Bart as Doc in BACK TO THE FUTURE The Musical
By
Kobi Kassal
No items found.
on
Category:
News

BACK TO THE FUTURE The Musical will now begin performances at the Adelphi Theatre in London’s West End on August 20, 2021.  The musical’s out-of-town opening at the Manchester Opera House last March received an incredible reaction from critics and the public alike, but was unfortunately cut short when theatres were closed due to the COVID-19 pandemic exactly a year ago.

Based on the Universal Pictures/Amblin Entertainment film, BACK TO THE FUTURE The Musical has a book by Bob Gale and new music and lyrics by Emmy and Grammy Award-winning Alan Silvestri and six-time Grammy Award-winning Glen Ballard, with additional songs from the film including The Power of Love and Johnny B. Goode. Back to the Future the movie was released in 1985, starring Michael J. Fox as Marty McFly and Christopher Lloyd as Dr Emmett Brown.‍

BACK TO THE FUTURE The Musical is directed by Tony Award-winning director John Rando (Urinetown, On The Town), alongside the multi Tony and Olivier Award-winning design team of Tim Hatley (set and costume design), lighting design by Tim Lutkin, lighting consultant Hugh Vanstone, Gareth Owen (sound) and Finn Ross (video), with choreography by Chris Bailey, musical supervision and arrangements by Nick Finlow and Illusions by Chris Fisher. Orchestrations are by Ethan Popp and Bryan Crook, with dance arrangements by David Chase. Casting is by David Grindrod Associates.