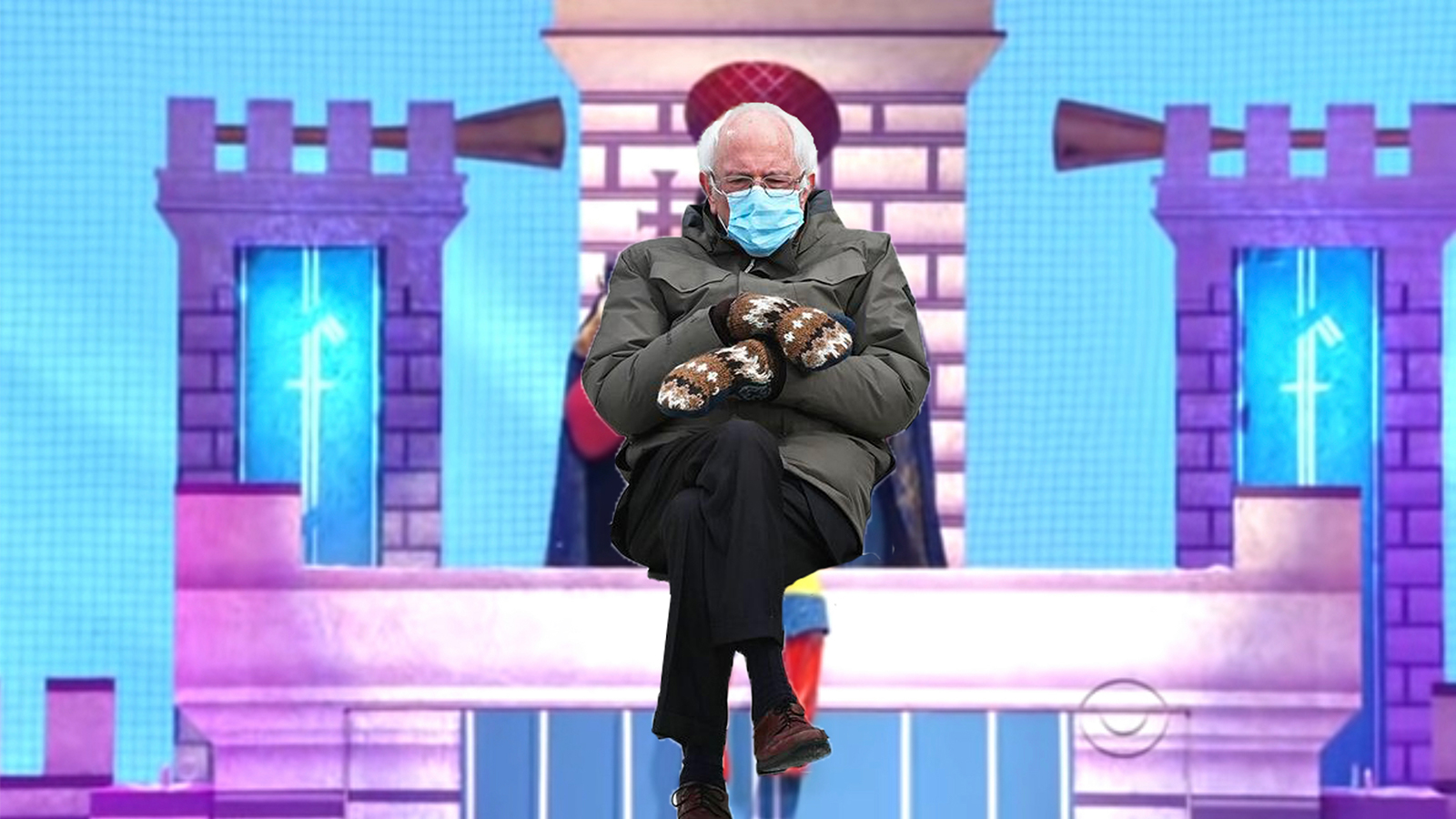 Senator Bernie Sanders as Lord Farquaad in "Shrek the Musical" | @ZackReiser on Twitter
By
Juan A. Ramirez
&
on
Category:
Features

Senator Bernie Sanders, whose side gig as a Twitter icon almost overshadows his anti-establishment political career, showed up to President Biden’s inauguration and set meme-inclined imaginations ablaze. With his cozy mittens and, “Whenever you’re ready…” crossed legs, the Vermont politician must have reminded theatre lovers of the agonies and ecstasies of waiting for a Broadway performance to start. In a matter of minutes, memes featuring Sanders as being part of everyone’s favorite musicals were racking up retweets. So here, at last, is Bernie: On Broadway.

Bernie trying to get “Another Hundred People” student loan relief:

“Well I guess you could leave me the House…”

No joke here. I would pay to see this.

Bernie, knowing it’s time to "Move On" from the last presidency

it's hot up here pic.twitter.com/KjGy5CjCh8

Ok, imagine what Bernie’s part during “La Vie Boheme” could be...

I know I don't tweet at all, but sometimes you have to the the "What's Up D.C." meme you wanna see pic.twitter.com/7kv0YQ3rkp

The three branches of government: Jeremy, Bernie, and Michael

Sanders in the rush-line for Once (talent on a budget, checks out):

Other Senators, thank you. Bernie is our singular sensation:

i am once again asking for a singular sensation pic.twitter.com/dDO5TNkaxs

Marla Maples, Tiffany Trump’s mother, was a replacement in the Will Rogers Follies, so this technically counts as radical reclamation:

It was a fine affair but now it’s over pic.twitter.com/K3OF5ydDJE

Bernie, reminding us he is HERE:

“Oh God, what a bitch.” pic.twitter.com/awlvVGs8M7

The Senator discussing the complexities of Middle Eastern peace:

Again, no joke. This would be perfect casting.

revive falsettos with the exact same cast but also include bernie sanders pic.twitter.com/NnvmjNWRWC

Senator Sanders trying to see if he remembers the [title of show]:

Bernie feeling overdressed for a summer show at the Delacorte:

Me at @PublicTheaterNY Shakespeare in the Park during a rain hold pic.twitter.com/gWCx8BQgiz

Bernie does NOT want a show-off no more:

"...but one of my favorite shows, Gable and Stein's The Drowsy Chaperone. Remember? Music by Julie Gable, lyrics by Sidney Stein. It's a two record set, re-mastered from the original recording made in 1928." pic.twitter.com/ahnRnLwv8K