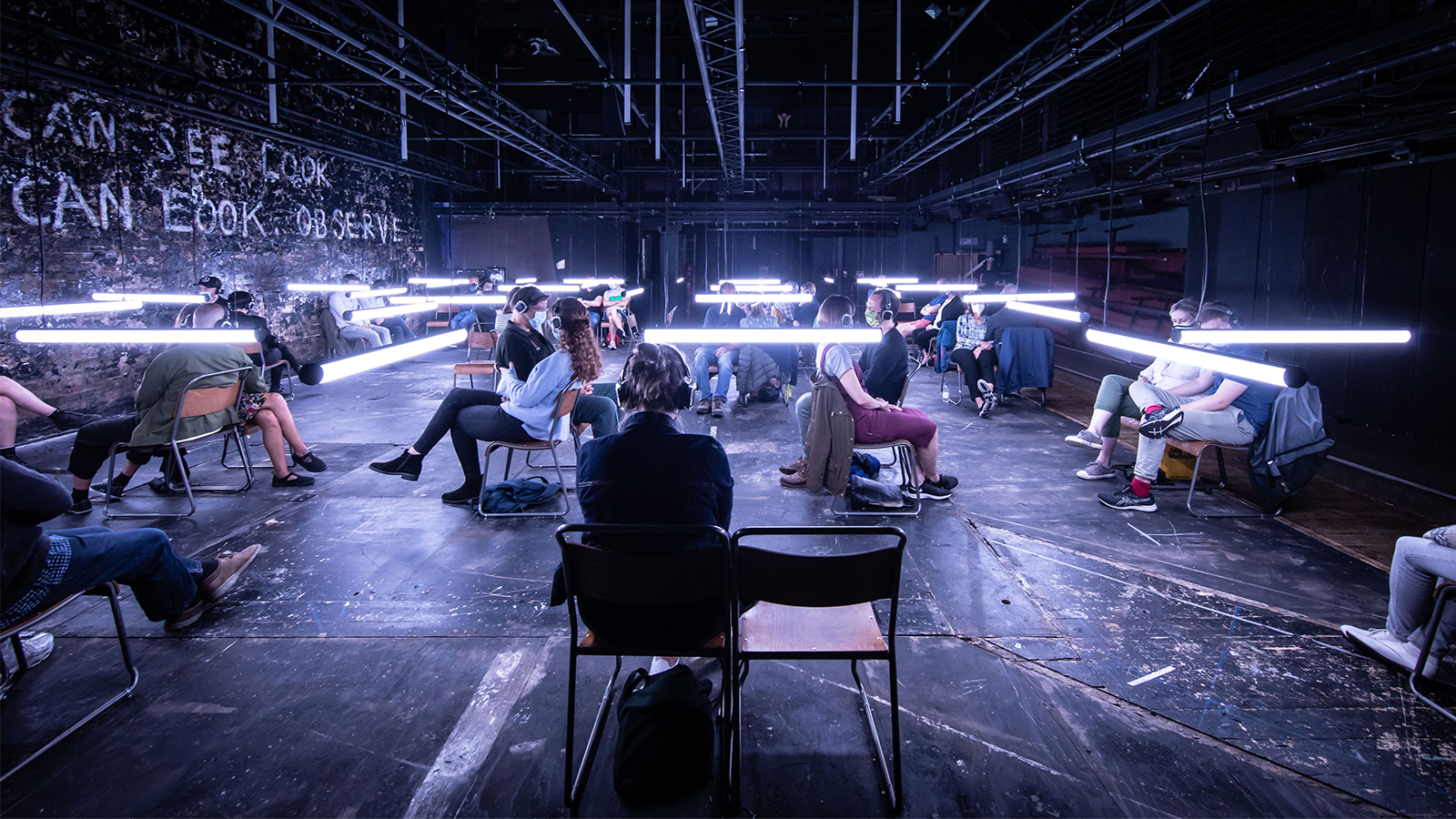 Producer Daryl Roth is thrilled to announce that Blindness, the acclaimed Donmar Warehouse production of Nobel Prize-winner José Saramago’s dystopian novel written by Tony Award winner Simon Stephens (The Curious Incident of the Dog in the Night-Time) and directed by Walter Meierjohann, will begin performances on Friday, April 2 at the Daryl Roth Theatre (101 East 15th Street at Union Square East) as one of the first performing arts events to open in New York City. Blindness’s press opening night will be Tuesday, April 6.

‍
Blindness is a socially distanced sound and light experience. Through spellbinding storytelling narrated by Olivier Award winner Juliet Stevenson, it unveils the gripping story of a world changed forever in the blink of an eye, reminding us that from the darkness, we will all emerge stronger.

‍
Blindness’s sold-out premiere at the Donmar garnered glowing reviews and brought appreciative patrons together to witness its urgent and timely message. Just as it was presented in London, attendees in New York will hear the narrative unfolding around them through binaural headphone technology while surrounded by immersive lighting and atmospheric design, and experience together – safely – the importance of community in our present moment.

In accordance with New York State’s recently released guidelines for arts and entertainment venues, the Daryl Roth Theatre has been transformed to accommodate socially distanced seating at a maximum of 50 people per performance. All tickets will be sold in two-seat pods, enabling two people in a social pod to be seated together, 6 feet away from other pods. In pre-COVID times, the venue has hosted up to 400 people for non-traditional events such as De La Guarda, Fuerza Bruta, and In & Of Itself.

‍Blindness runs approximately 75 minutes with no intermission, and is recommended for ages 15+.