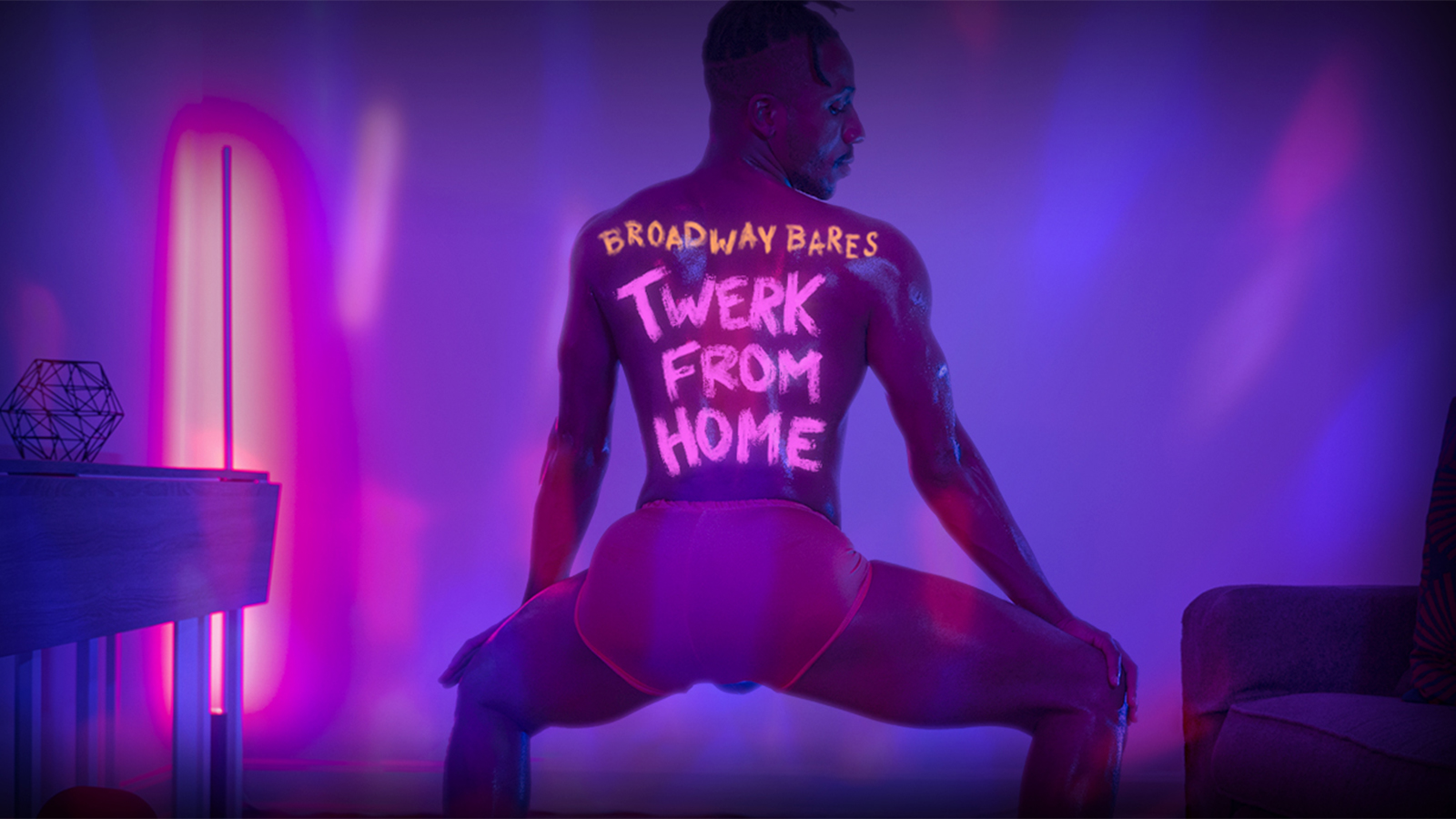 After more than a year of being homebound and Zoomed out, the cast of Broadway Bares will turn on their cameras and turn up the heat when Broadway Bares: Twerk from Home premieres online Sunday, June 20, 2021.

The free and frisky stream, which for the second year replaces the in-person event because of the pandemic, begins at 9 pm Eastern. It can be watched at broadwaycares.org/bares2021, on Broadway Cares' YouTube channel, and broadwaybares.com.

During the stream, NYC’s hottest dancers will perform sizzling numbers created across the city under strict COVID safety protocols. In the show, the vaxxed and waxed performers grant intimate access to life behind closed doors, where it's rarely business on the top but always a party on the bottom.

The celebratory finale, filmed outside in the heart of Times Square, is co-produced by HunterPark Productions.

“Being back with the Broadway Bares family to create Twerk from Home has been an incredible reminder of how beautiful our theater community is, both inside and out,” Mitchell said. “Creating one more virtual edition of our beloved celebration in safe environments reinforces our belief that the best way to take care of ourselves is to take care of each other. We’ll be back in-person in 2022 to celebrate Bares’ 30th birthday. Until then, let’s Twerk from Home!”

Though the stream is free, donations are welcome. Every dollar donated will help those across the country affected by HIV/AIDS, COVID-19 and other critical illnesses receive healthy meals, lifesaving medication, emergency financial assistance, housing, counseling and more.

“As the theater industry looks optimistically toward opening its doors again this fall, I’m thrilled we are able to use what should be the end of this extended intermission to help ensure vital support for those in need,” Broadway Cares Executive Director Tom Viola said. “The money raised through Broadway Bares: Twerk from Home will be a necessary lifeline for individuals across the country still reeling from the effects of this pandemic, challenges that will not quickly or easily fade away.”

Sponsorship opportunities, which include pre- and post-show virtual cocktail parties with performers and recognition during the show, are available at broadwaycares.org/sponsorbares.

Broadway Bares’ 30th anniversary celebration, originally set for June 21, 2020, was postponed because of the COVID-19 pandemic. The in-person event is set to return in 2022 and will mark the 30th anniversary milestone then.

Broadway Bares was created in 1992 by Mitchell, then a Broadway dancer, as a way to raise awareness and money for those living with HIV/AIDS. In Broadway Bares’ first year, Mitchell and six of his friends danced on a New York City bar and raised $8,000. Since then, Broadway Bares has raised more than $21 million for Broadway Cares.

Last year, tens of thousands of fans around the world “Zoomed In” to watch the first-ever digital edition of Broadway Bares, which raised $596,504 for Broadway Cares. The show included original numbers, unforgettable moments from past in-person editions, insider stories and special guest stars from the event’s 29 spectacular years.