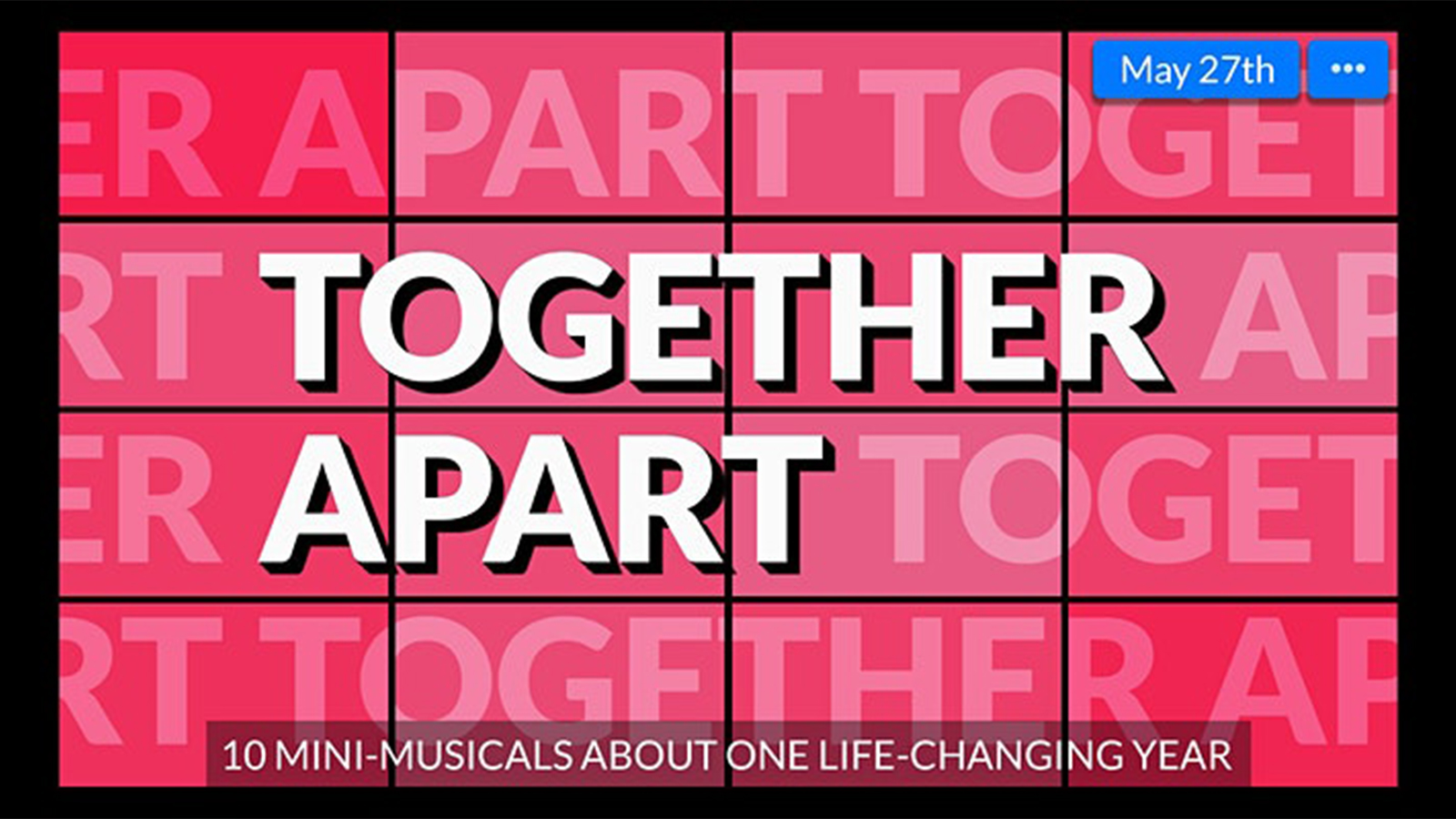 TOGETHER APART, a collection of new short musicals written, composed, directed-by and starring Brown University alumni, will premiere on May 27th at 5:30 PT/8:30 ET to raise money for The Actors Fund, an organization that provides emergency financial assistance to members of the entertainment community.

The musical evolved out of a true Zoom moment:  A Brown musical theatre reunion attended by graduates from the early 80’s through the late 90’s.  Lisa Loeb, ’90 Graduate and Grammy Award Winner, was energized by the digital reconnection, and inspired to write a musical about the experience.  She asked the group if they wanted to collaborate, and the creative process began.

Loeb said, “As I sat in the Zoom reunion, listening to everyone talk about their current lives, connecting with friends, and reflecting on all of our vivid musical theatre memories from Brown, I realized that we shouldn’t just talk about what happened in the past, but we should write a Zoom musical about what’s going on, and it should happen all in the world of Zoom.  And by sharing our storytelling and our passion and love for theatre, we can work together to provide an outlet for our shared creativity while giving back to this incredible cause.”

The production is a compilation of ten, seven-minute musicals, all about connecting on Zoom at the beginning of the pandemic.  Producer Beth Wishnie, ’89 Graduate and Tony Award Winner said, “This entire project has been a labor of love. Once we decided to raise money for our friends in the entertainment industry, we worked around the clock to make something meaningful to anyone who was able to see it."

Emmy and SAG award winner, Julie Bowen ’90, who was in the midst of filming in Canada, was especially enthusiastic to join, knowing the show would be raising money for The Actors Fund.   David Lai’ ‘86, who was deep in production on the music for the movie of Come From Away, came aboard as well.  As did so many other talented Brown including Broadway veteran Ann Harada, Emmy Award winner, Josh Hamilton ’92, and film icon, JoBeth Williams ’70.

TOGETHER APART will premiere on May 27th at 5:30 PT/8:30 ET and will stream through May 30th.  General admission tickets start at $25 with a VIP pre-show event available for donations of $100 or more. Tickets can be purchased through Eventbrite with proceeds benefiting The Actors Fund. Visit https://together-apart-musical.eventbrite.com/ to purchase tickets and learn more.