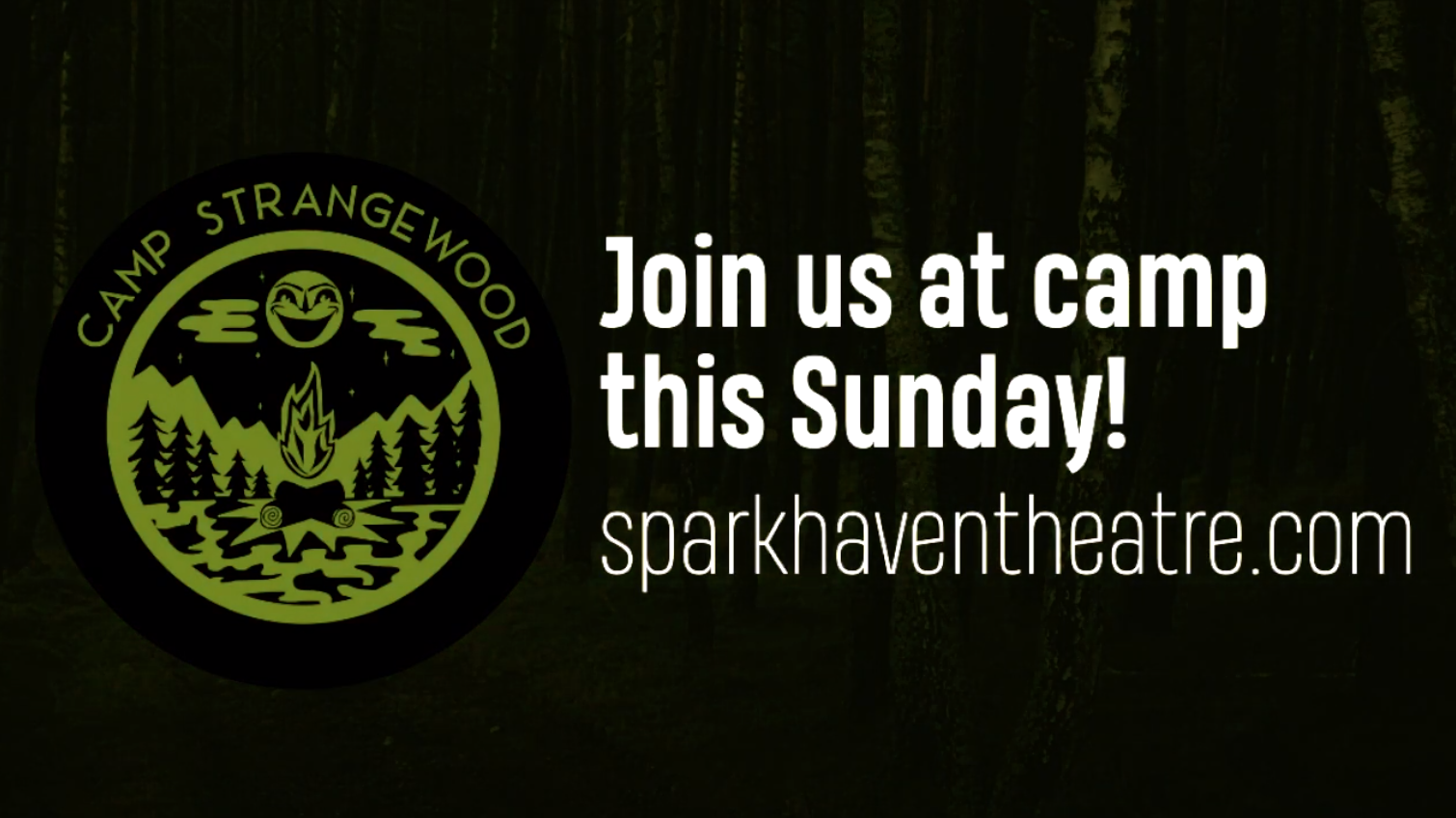 via Sparkhaven's YouTube page
By
Jamey Miller
No items found.
on
Category:
Features

Fairly new to the Boston theatre scene, Sparkhaven Theatre describe themselves as a “safe space for creating bold new work at the intersection of theatre and music. We create space for artists to take risks and try things they haven't had the opportunity to do before.”

Their current artistic venture, Tales From Camp Strangewood, is a six-part anthology series premiering via virtual livestream. According to Sparkhaven Theatre, the series follows “the eclectic inhabitants of Camp Strangewood, as they encounter circumstances on the very edge of reality on the same particularly strange night. Over the course of six weeks, every Sunday, audiences will follow the campers and counselors alike coping with fear and isolation, while the rules of the world they once knew fall apart around them. Strangewood harkens back to the radio serials of the 1930s and the advent of horror tv in the 1960’s, updated for the world of 2020.”

Each episode has its own playwright, director, and cast. In total, over 40 artists who currently or recently worked in the Boston area are involved with the project.

The series is the recipient of a 2020 Transformative Public Art Grant from the City of Boston Mayor’s Office of Art and Culture, in part due to the breadth of Boston artists involved with the project. “We wanted to bring together individuals who may not have met before, so they could expand their artist circles,” stated artistic director Hannah Pryfogle. “Camp is all about making new friends! We don’t know when theatre can exist in a physical space again, but we can still connect with each other and create something new.”

The first episode of Tales from Camp Strangewood premieres this Sunday, July 19th at 8pm and can be viewed on the Sparkhaven Theatre website. Tickets are free and open to the public, but “pay-what-you-can” donations are being accepted and go directly to compensating the artists involved.

Below are the episode descriptions:

It’s July, there’s a full moon, and it's almost lights out at Camp Strangewood. A coven of young witches must perform their arcane ritual tonight, no matter the cost.

A triptych of campers sneaks out after dark to watch a banned horror movie and becomes haunted by faulty wiring, national tragedy, and a very fussy clown.

A cabin of musical campers goes in search of Ghost Girl and her legendary song. Will they make it out of the woods alive? And more importantly, will they have the chops to win the camp talent show?

Follow us @CampStrangewood on Instagram Live to catch an emergency broadcast from camper Frankie, as they realize their Parent Trap fantasy isn't quite what they expected.

Cabin Four has a bit of a turbulent reputation. Is it just a flair for the dramatics, or is something more sinister swimming just below the surface?

A van is stolen. A killer is punished. And a trio of older campers says farewell to their summer home.

As summer draws to a close, Head Counselor Durden must deal with four tweens on the verge of a frightful discovery. Puberty brings along all kinds of horrors...