Cassie Beck On Touring WHAT THE CONSTITUTION MEANS TO ME 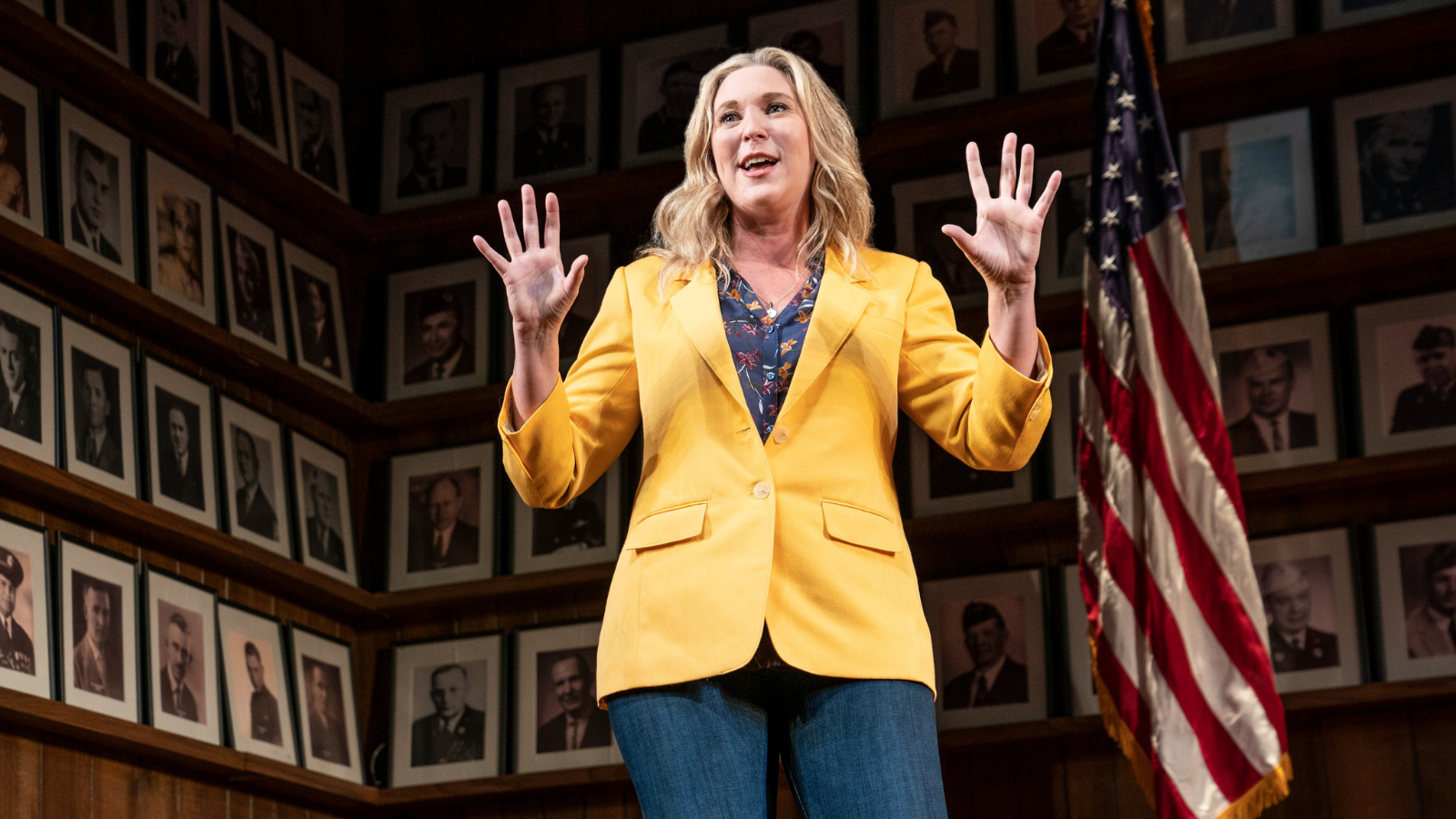 Cassie Beck in What The Constitution Means To Me | Photo: Joan Marcus

I always get excited when I see Cassie Beck’s name appear in a program or pop up at the bottom of my screen when I’m watching some television. Beck has made a name for herself both here in New York and at regional theatres across the country as an actor’s actor. Last seen on Broadway in 2019’s The Rose Tattoo, many will remember her as creating the character of Aimee Blake in Stephen Karam’s The Humans. Now Beck is packing her bags once again as she heads out on the national tour of Heidi Schreck’s What The Constitution Means To Me.

I caught up with Beck via Zoom from the Guthrie Theatre in Minneapolis to chat all about the national tour, looking up to her friend Heidi, and all the food joints she plans to stop by across America. Our conversation has been edited for length and clarity.

So talk to me about booking the tour and then the world shutting down. What was going through your mind?

I feel like the tour was actually the least of my initial worries. I was in New York City, in Manhattan, and it was the epicenter there. I think just the fear and the devastation and the kind of the loss was really what was on my mind. As the tour continued to get pushed off, what was actually really scary was I really felt like our industry was being left behind. We were the first to shut down and I was fearing we were going to be the last to come back. But the fact that the show actually does get to come back and get to keep going and travel the country and that we're in a safe enough position to do that is wonderful. The flip side is I had 18 months to learn the material!

How are the audiences responding to the piece?

You can tell everyone is super excited to be there. My first line is "It is so good to see you," and we kind of adapted it a little bit for this time. I think, really, this play is so unique because I break the fourth wall and there is so much direct address. I just think as an audience member, that must be thrilling. I hope that they feel an intimate connection to me and the character and the piece. But also, what Heidi is asking us to do, which is to have an intimate relationship with the Constitution, with our civic duty, with government and to have some empathy and step in other people's shoes. I'm hoping and feeling right now that audiences are feeling seen, acknowledged, energized and galvanized. It's a great night at the theater — I'm just — I'm so thrilled that we get to do it.

I know you've talked about being able to see the play before. What did you take away when you first caught the performance at New York Theater Workshop?

Well, first of all, I just thought it was such a feat. You know, I am friends with Heidi, so on the personal side, I just thought my friend is kicking ass up there. And then, secondarily, I learned a lot. There's always something to reexamine. I was also incredibly moved. It's a raw and deeply personal story and so by the end I started crying. So I felt hopeful, enraged, all the feelings. She really crafted a journey in this piece. And, you know, I walked out feeling like I got a lot of work to do, but I want to do it.

Tell me about working with Heidi and creating a part in the play where you get to address the audience as yourself.

Yeah, so, you know, I got to sit down with Heidi, and she just asked me a bunch of questions about when I was 15 and what was going on for me in my life at that time. It just so happens that I had been raised in California and at 15, my parents moved to a very small town in Mississippi. We had chatted about a lot of stories but she really was interested in this idea of being put in a different community — she wrote me a monologue about talking about that time in my life of being in a culture shock situation and completely isolated and alone and using theater as a way to have a voice. And I think that's what she feels like her character is doing with debate, it helped her have a voice.

What are you most looking forward to with being out on tour? Any cities you are particularly excited to visit?

I came out of regional theater. I didn't move to New York till I was 30, so I've done a lot of regional theater. And then even when I was in New York, I continued to go out and do regionals as much as I could. So while I've never toured like this, I do feel like it's coming home in a lot of ways. I also think it ties right into Heidi's story because she traveled the country, giving debates and winning prize money. And now we're going back to those cities and bringing this show to them. I am super stoked to go back to the Huntington and then every other regional theater I have not played — I've never played the Guthrie and I've never played the McCarter, and so I'm super stoked to do that. I'm excited about Nashville because I did go to high school in Mississippi and college in Tennessee — all my college buddies are going to show up. Well, maybe my high school drama teacher too, so I'm excited!

When you first got the itinerary, did you just Yelp all the good restaurants in the area, because I know I would have?

Oh trust me, ya know, it's always all about the food.

What was it like when you found out Senator Klobuchar was going to be coming to opening night in Minneapolis?

They didn't tell us! We didn't know until she was there. At the end of the show we have to pick a judge and because of COVID instead of the judge just coming up to the edge of the stage and speaking, they now have to go to a separate place and mic. So at the end of the play, they announced that she was here. She came down the aisle. And the audience went nuts. I mean, they love her here, and they stood and they were crazy. She gave such a beautiful speech and Heidi wrote her a lovely thank you note not only for coming but for all of her work with the Save Our Stages bill, so really it was just a moment to celebrate not only being back to the theater, but all her help in making that bill happen.

And lastly, I have to ask, do you have a favorite amendment now?

I didn't have a favorite amendment before I started this and I definitely will say the 14th Amendment is my favorite amendment now. I feel like the 14th Amendment is never going to go out of style. Unfortunately, we're always going to have to revolve around this issue and keep fighting for this amendment, go into it and keep talking about it. When we say we know our rights, we need to know our rights!

For tickets and more information on What The Constitution Means To Me, visit here.