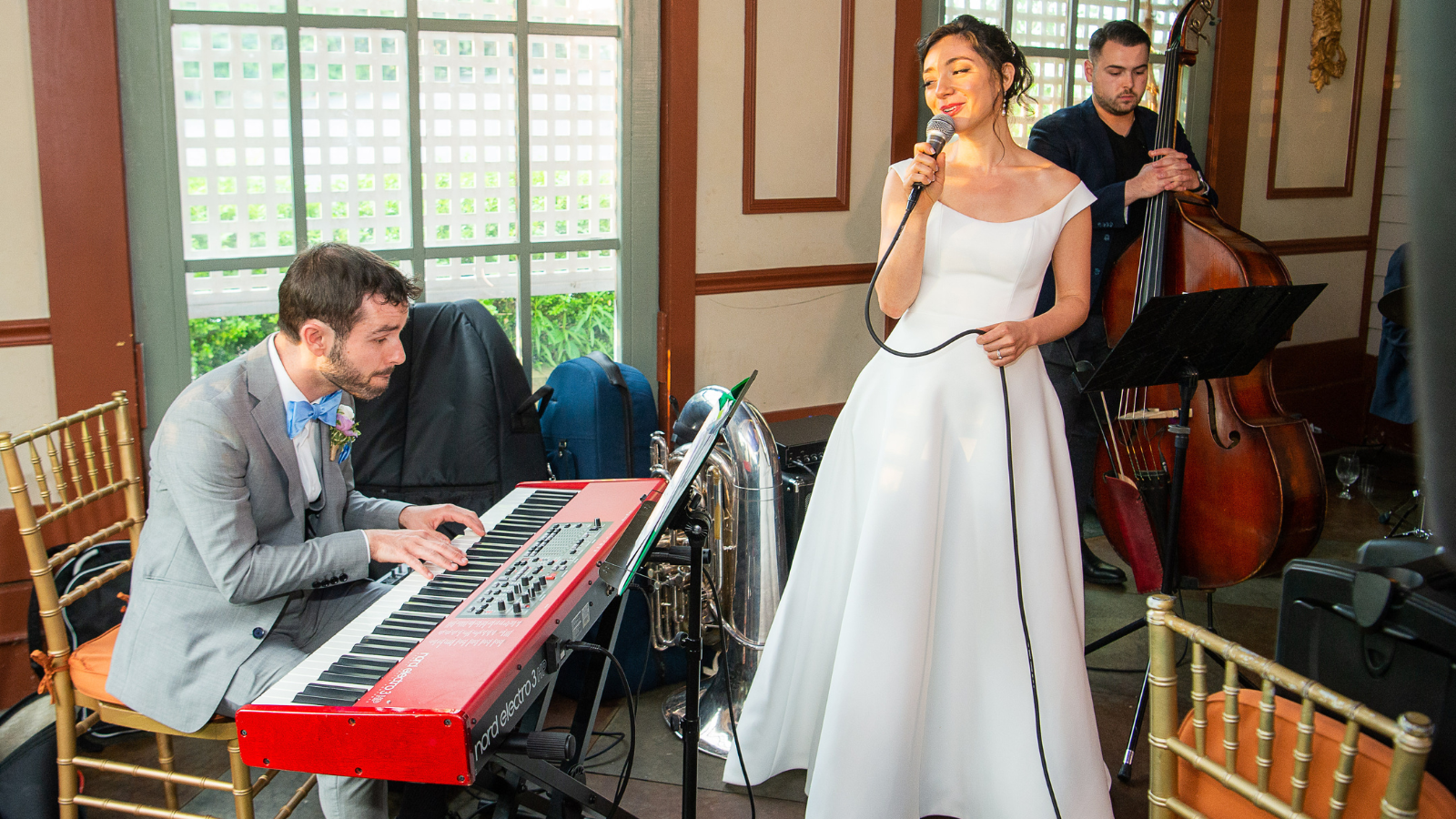 Julie Benko and Jason Yeager are keeping it in the family with their latest endeavor. The musical couple are releasing their new album August 26 and Theatrely has an exclusive sneak peek ahead of the drop.

Benko is currently starring as Fanny Brice in Funny Girl on Broadway through September 4 and will continue to play the role every Thursday beginning September 8. Yeager is best known as an internationally acclaimed jazz pianist and composer.

The pair will also celebrate the release of Hand in Hand with an August 29 concert at Birdland Jazz Club.

‍Hand in Hand features a number of musical theatre standards, including “If I Were a Bell” from Guys and Dolls and “Another Life” from The Bridges of Madison County. There are also jazz standards and pop hits in addition to several original songs by Yeager. Benko is featured on vocals, clarinet, flute, and percussion, with Yeager playing piano, Wurlitzer, Rhodes, celeste, organ, and percussion. The album is produced and arranged by the couple on Club44 Records.

“Making this record was so rewarding because it feels like an extension of the beautiful intimacy of our life together,” says Benko. “Every single sound on the record was created by one of us. Making music together is one of the unique ways in which we can celebrate, support, and communicate with each other.”

“Every song that we chose has such a special meaning to us and has grown with us in our relationship,” Yeager adds. “And then to be able to come home from the studio and set up microphones in our office and play around with adding extra musical layers, whether that was adding new instruments to the mix or backing vocals, was simply fun.”

The album’s first single, a take on the 1935 jazz classic popularized by Fats Waller, “Louisiana Fairy Tale,” was released August 12. For more information about the album, click here.