Checked Out Of PLAZA SUITE — Review 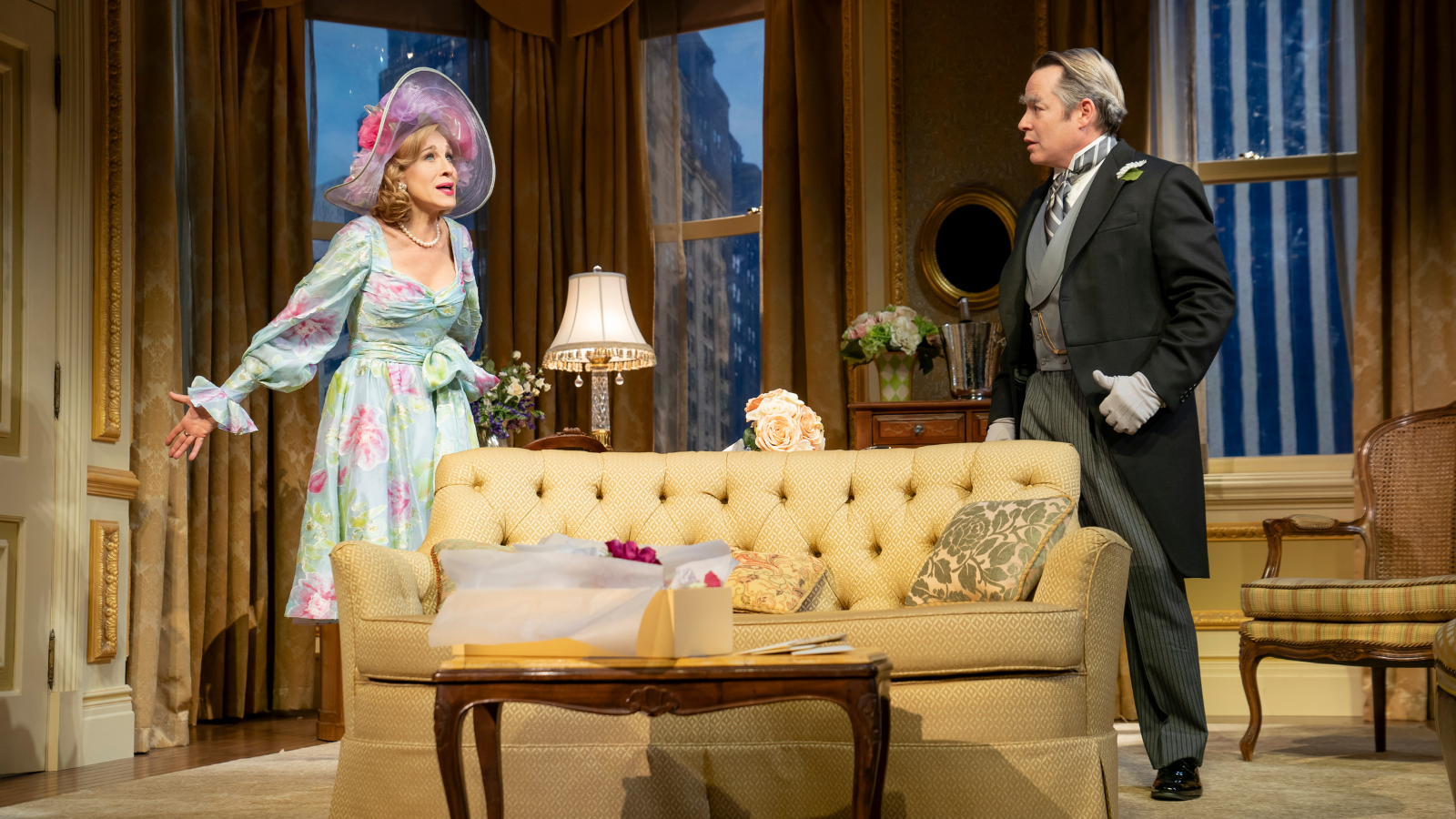 Neil Simon has never been my drink of choice. To me, the man’s light comedy has always represented the death rattle of conventional heterosexuality: low-hanging jokes about in-laws and brownstones delivered with the anxiously raised eyebrow of a decaying upper bourgeoise.

If anyone was going to make his 1968 Plaza Suite a hit in 2022, it’s Sarah Jessica Parker and Matthew Broderick. Two longtime Broadway darlings, they are as ‘classic New York’ a couple as they come. To say their name is to invoke visions of champagne-washed elegance, of well-heeled strolls through the city’s tony avenues, of effortless bliss. And yet not even SJP’s incandescent star power can brush off the dust settled on this three-act look at marriage in the late ‘60s. Unadorned by John Benjamin Hickey’s straightforward direction, the highly anticipated, pandemic-delayed production does only improve as it goes on, so long as you make it past its dreadful first act.

The premise: three couples, each played by Parker and Broderick, pay separate visits to suite 719 of New York’s Plaza Hotel, giving the actors an opportunity to sketch sharp little caricatures while Simon expounds upon his vision of coupledom. The first act, by far the longest (and I mean the longest), is the most serious: a married suburban duo revisits their honeymoon suite, with the wife taking issue with the husband’s emotional absence. It eventually builds to somewhat of a story, but for the most part, you’re just watching Broderick be a horrible prick to his wife, neither in the name of comedy nor sociological observation.

This actually gives Parker a chance to shine. With her scene partner’s face buried in paperwork, it’s up to her to craft something, anything out of the material. Her character becomes a ball of eager-to-please restlessness, with Parker throwing everything at the wall in an effort to catch his — and retain our — attention. Through this chaos, she creates a strange sense of unknowability that the text cannot match. Why is she so invested in this man? What has led her lively spark to this point? The play doesn’t answer, but Parker’s endless watchability creates a fascinatingly opaqueness. Then the curtain falls.

The remaining two acts, much shorter in length and divided by a brief pause, are pure farces: long-separated high school sweethearts (he a big Hollywood producer, she a tipsy housewife) reunite for a drunken afternoon; and an exasperated married couple tries to get their jittery daughter out of the bathroom and into her wedding ceremony. The two scenes allow Parker and Broderick chances for some great physical comedy, which they play up for all they’re worth. They are vast improvements over the first act, and do manage to wash down some of its unsavory aftertaste, but don’t ultimately make a case for this as a work that needs to be revived as-is.

It’s widely accepted that George Furth’s book of Company, playing just a block over from Plaza Suite, is worlds inferior than the music and lyrics Stephen Sondheim created for it. It’s serviceable, and sometimes quite funny, but mostly just a placeholder for some of the most clever, lovely tunes you’ve ever heard. Both works put “modern” marriage under the microscope at a time when modernity was already on its way to post, the difference being that Sondheim had something to say, kinks to work out. Simon offers no such remedy. His lens is neither loving, neutral, nor critical. We’re not meant to celebrate love in all its complexities, or put it through the wringer. Nor does it offer a neo-realist slice of life. It’s mediocrity, baldly served on a silver platter for golf claps. Watching a perennial favorite like Sarah Jessica Parker’s talent go to waste for close to three hours, I couldn’t help but wonder, surely we can keep her in better company?

Plaza Suite is in performance through June 26, 2022 at the Hudson Theatre on West 44th Street in New York City. For tickets and more information, visit here.