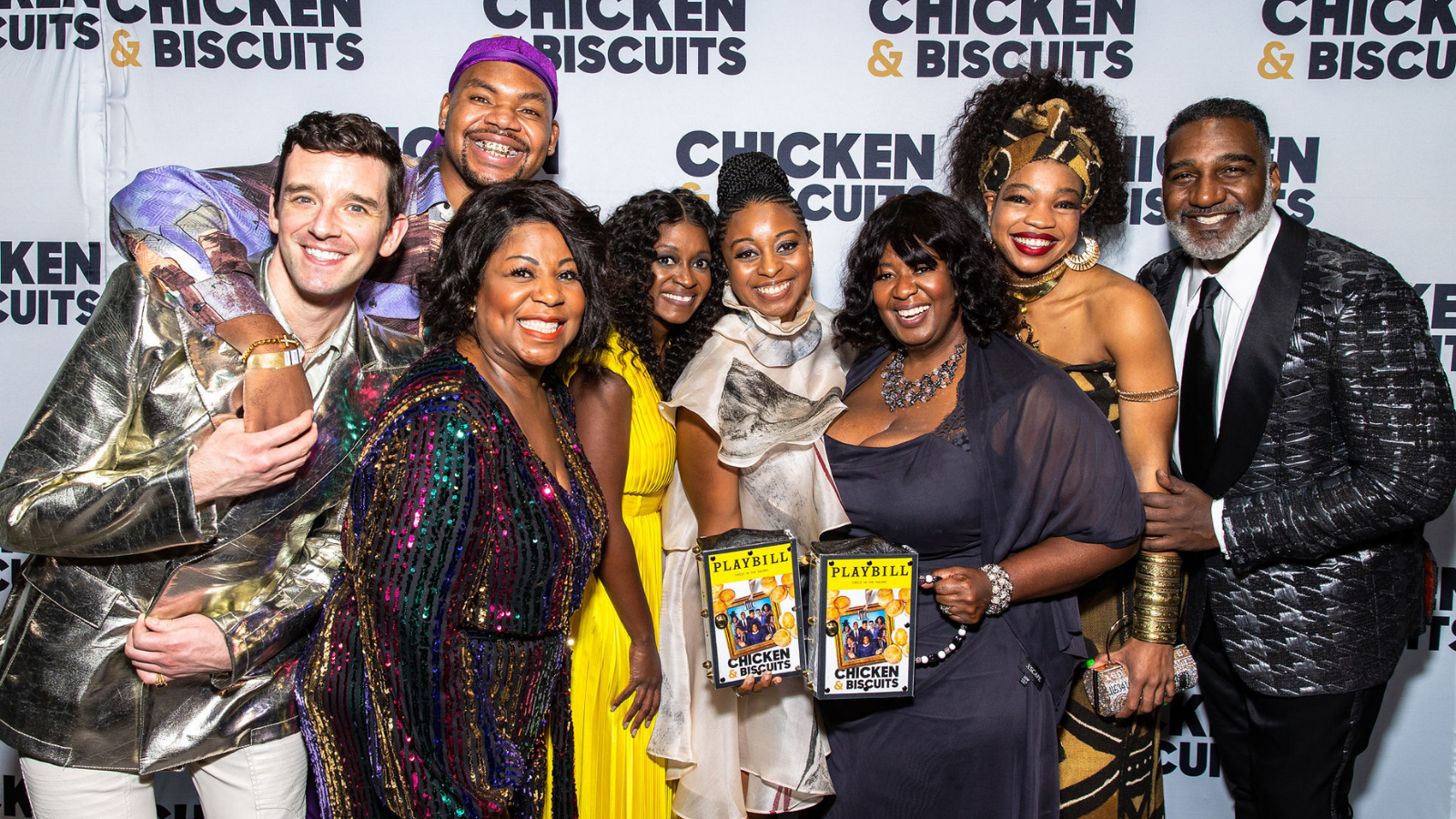 Last night at the Circle in the Square Theatre, the new comedy Chicken & Biscuits officially opened on Broadway. Written by Douglas Lyons, the play is directed by Zhailon Levingston, who made history last night by becoming the youngest Black director in Broadway history.

Click here to read our Chief Critic Juan A. Ramirez’s review of the new play.

Go on the town and see photos from yesterday’s opening night!