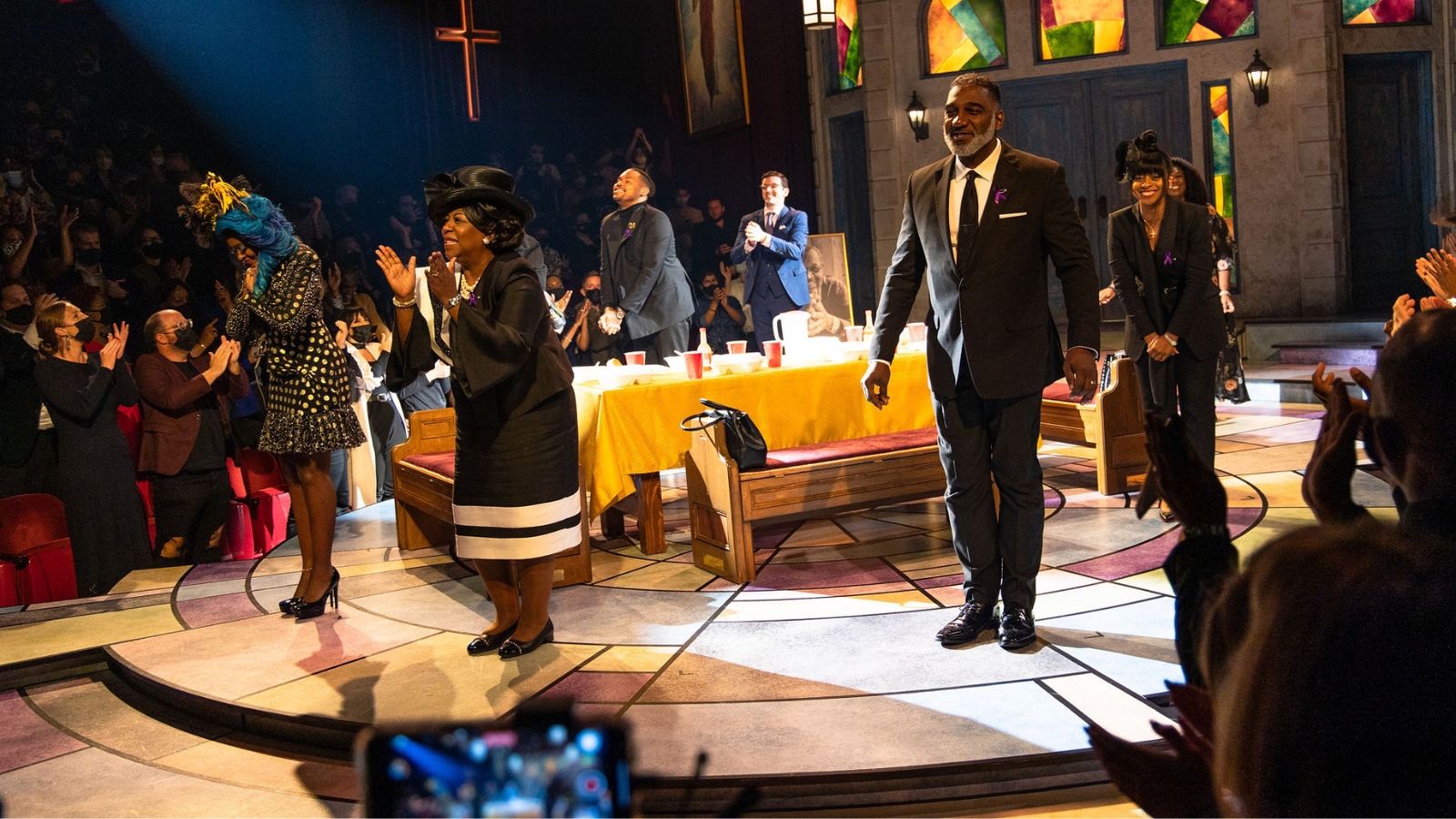 Earlier today, producers of Douglas Lyons’ Chicken & Biscuits announced it will play its final performance at the Circle in the Square Theatre on Sunday, November 28, 2021. The limited engagement was set to run through January 2, 2022.

The production is temporarily suspended due to COVID-19 cases within the company, and will resume performances on Friday, November 19, 2021.

“We witnessed first-hand the delights, surprises, laughter, and representation it bestowed upon a diverse and welcoming audience. We are so proud of, and honored to have worked alongside, the phenomenal talent on and off stage – more than 30 of whom made their Broadway debuts – and of the play’s magnificent and brilliant leaders, playwright Douglas Lyons and director Zhailon Levingston,” read a statement from the producing team.

Click here to read our Chief Critic Juan A. Ramirez’s review of the new play.