"A Christmas Carol" Like You Have Never Seen Before 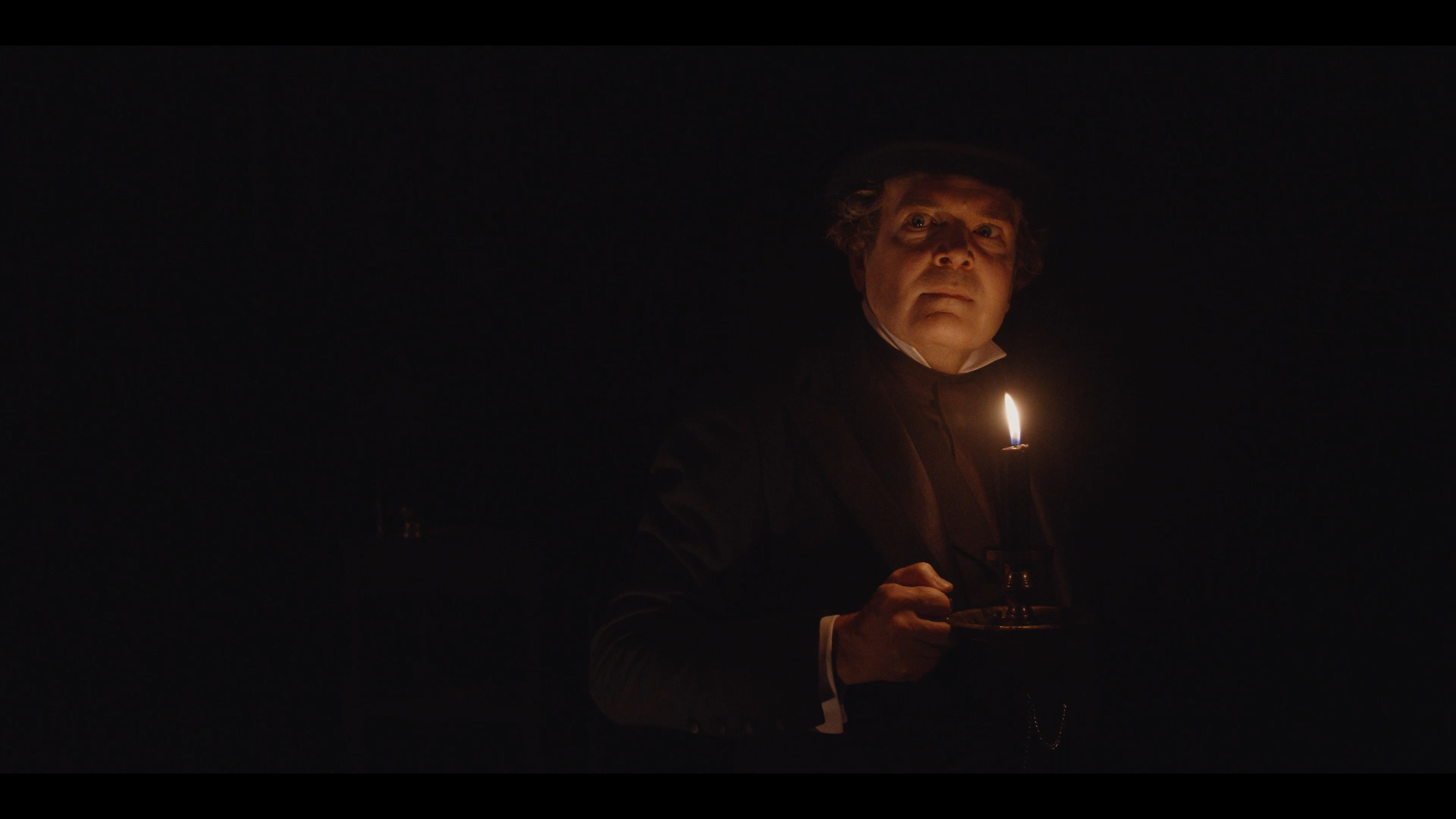 Courtesy of A Christmas Carol Live
By
Juan A. Ramirez
No items found.
on
Category:
Reviews

Gone are the days of being openly rude and dismissive to those around you. Sitting alone with your demons is the humane thing to do these days, given our circumstances, and with the holidays creeping in, it was only a matter of time before Ebenezer Scrooge faced his own once again.

But enough pointing out parallels between a well-known tale and our current situation. Enough “now more than evers.” It’s facile, and it’s hollow, and yet… And yet…

And yet, there are certain things we return to time and again because they are, for lack of a better word, good. Or at least simple enough to remain constantly ripe for adaptation. Charles Dickens’ A Christmas Carol is such a work, and while your memory of it might be relegated to childrens’ theatre and Disneyfied retellings, it is one that can stand through some serious whittling down and emerge fresh.

Director Michael Arden first staged this one-man production two years ago at the Geffen Playhouse, starring Jefferson Mays in a remarkable feat of versatility and storytelling. It’s hard to say whether or not Mays plays over 50 roles, since the work itself is more monologue than play, with the actor blurring the lines between narrator and character, but the results are impressive, and more than a little frightening.

The carol remains the same: the miserly Scrooge experiences a pro-populace change of heart after a visit from his late business partner and the ghosts of Christmas past, present, and future. As adapted by Arden, Mays, and Susan Lyons, and directed for the screen by Arden, this production brilliantly captures the late-capitalist hell the story has always identified. Written on the heels of the Industrial Revolution, it is of “a time when want is keenly felt,” when wealthy business owners hope prisons and workhouses can sort out the peasants, since they surely won’t.

Mays’ performance is neither manic nor jumpy in the way one-man shows tend to be, yet it brings forth a delusion that’s hard to shake off. To see him seamlessly weave in and out of characters on a dark, lonely stage is to see the fraying mind of a toxic way of life. When the Ghost of Christmas Future shows a horrified Scrooge his own neglected tombstone, he’s not just defeated, he is inconsolable. Stripped of purring children and Christmassy whimsy, we are left with clear-eyed catharsis in the eyes of someone lucky enough to be given a second chance.

Credit for this emotional purge must be given to the terrific creative team, all of whom create an atmosphere of genuine, if dark, magic. Dane Laffrey’s set is appropriately adaptive; Lucy Mackinnon’s projections and Joshua D. Reid’s sound design are deliciously evocative; and Ben Stanton’s lighting is nothing short of glorious.

One question lingers like a yuletide specter, however, and it’s the one we are never supposed to ask of art––who is this for? Devoid of either holly or jolly and brimming with existential dread, it is decidedly not a family show. And for all its triumphs and technical successes, I can’t imagine an adult willingly visiting this oft-told tale for comfort or catharsis.

So, who is this for? Well, this one’s for goodwill and charity, as proceeds from the stream will benefit dozens of regional theatres nationwide that have seen their year reduced to near-ashes.

It’s also for Arden’s skill in this new medium, after over a decade of blowing up the confines of live theatre with his innovative stagings of well-trodden material. The first-time film director shows an innate understanding of the limits and possibilities of both media, knowing when to expose the storytelling strings and when to revel in their artifice. He and Mays make a dynamic duet of the material, and that’s enough to warm the coldest heart.

"A Christmas Carol Live" is on demand until January 3, 2021. For more information and to purchase tickets, visit www.achristmascarollive.com‍