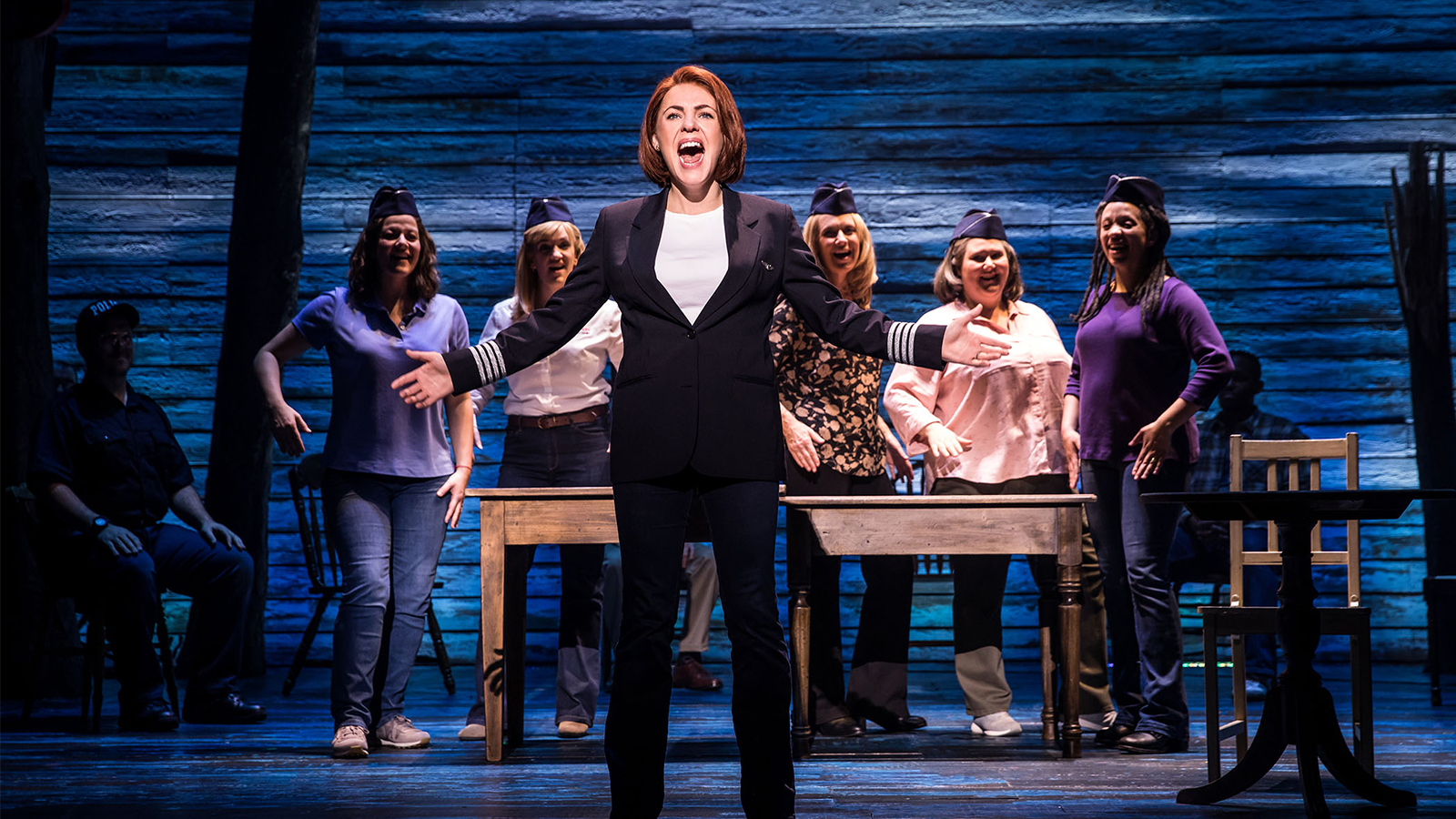 Tickets are now on sale at www.telecharge.com.

COME FROM AWAY began performances on February 18, 2017, and officially opened to critical acclaim on March 12, 2017, at Broadway’s Gerald Schoenfeld Theatre, where the show continued to play to standing-room-only audiences until it was forced to shut down due to the COVID-19 pandemic on March 12, 2020, the evening of its third anniversary on Broadway. On Tuesday, September 21, 2021, COME FROM AWAY will return to Broadway to play its 1,251st performance.

COME FROM AWAY tells the remarkable true story of 7,000 stranded passengers and the small town in Newfoundland that welcomed them. Cultures clashed and nerves ran high, but uneasiness turned into trust, music soared into the night, and gratitude grew into enduring friendships.

Apple Original Films’ filmed version of the Tony & Olivier Award-winning hit musical COME FROM AWAY, produced by eOne, Hasbro’s entertainment studio, will premiere globally on Apple TV+ on Friday, September 10. COME FROM AWAY, which will mark the first Broadway show to be streamed by Apple TV+, is directed by Tony Award-winner Christopher Ashley, who directed the original Broadway production, and stars an ensemble cast led by members of the Broadway show.  The live performance of COME FROM AWAY was filmed in New York at the Gerald Schoenfeld Theatre in May 2021, where the Broadway production is staged, for an audience that included 9/11 survivors and front-line workers; and, employed over 200 people including members of the Broadway crew, staff and creative teams.

Tickets for COME FROM AWAY are on now sale at www.telecharge.com through Sunday, June 26, 2022. They range from $49 - $167 (including $2 facility fee). Group tickets are also available through Sunday, June 26, 2022. A limited number of $38 general rush tickets (including the $2 facility fee) will be available at the Gerald Schoenfeld Theatre box office when it opens for that day’s performance(s). Limited two tickets per person, subject to availability. Cash and major credit cards are accepted.

Buy tickets for COME FROM AWAY now for any performance through January 17, 2022, and you can either refund or exchange your tickets into any other date until two hours before the performance.