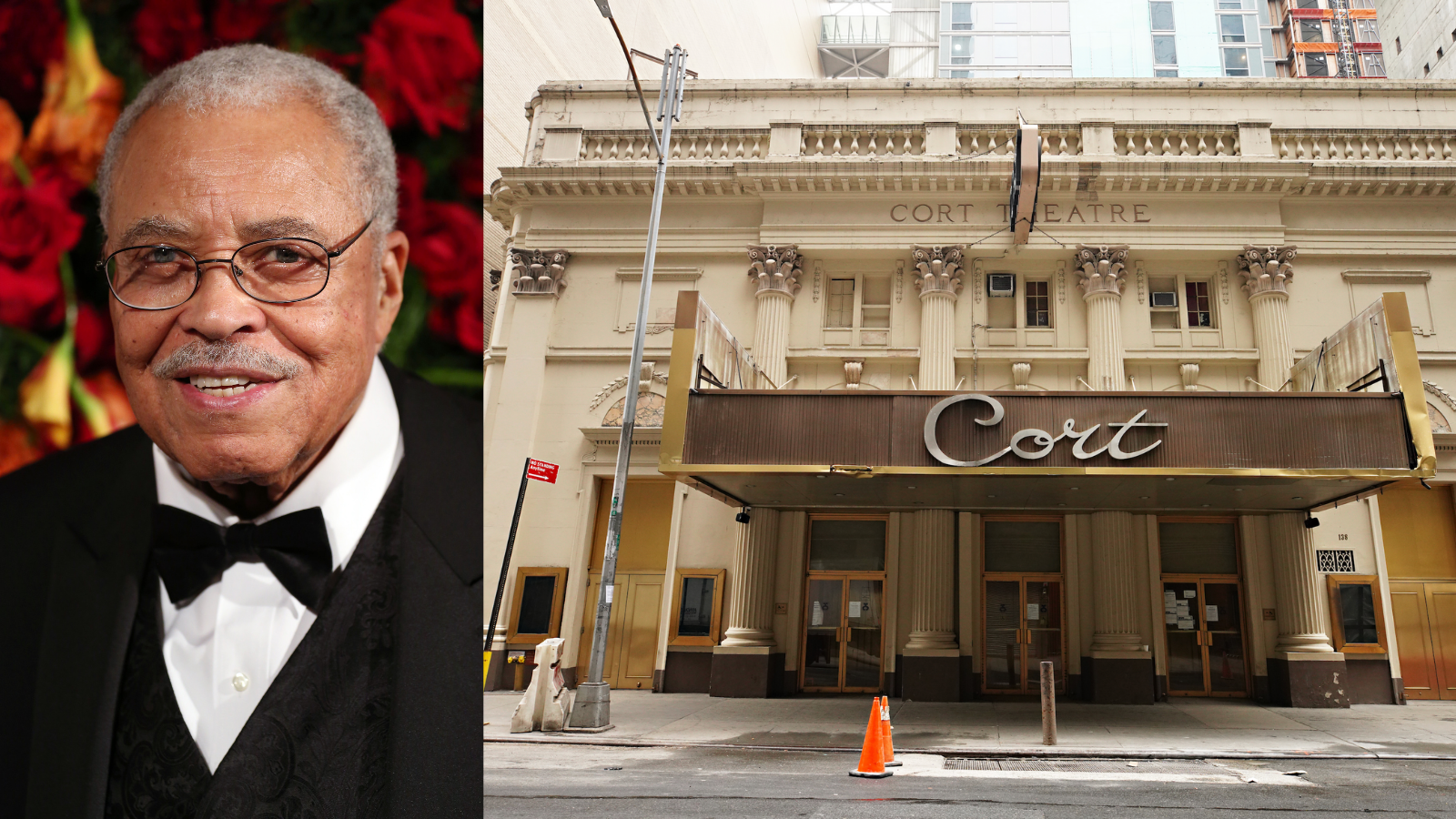 The venue is set to reopen this summer after extensive renovations.

The Shubert Organization has renamed the Cort Theatre on Broadway to the James Earl Jones Theatre, recognizing the EGOT winner for his contributions to the performing arts industry. The theatre is currently undergoing renovations and is set to reopen this summer, with a dedication ceremony to follow.

“For me standing in this very building sixty-four years ago at the start of my Broadway career, it would have been inconceivable that my name would be on the building today,” said Jones. “Let my journey from then to now be an inspiration for all aspiring actors.”

Jones’s career began on Broadway in 1957 as an understudy in The Egghead. The following year, he starred in Sunrise at Campobello at the Cort. The performer appeared in dozens of stage and screen productions throughout the following decades, most recently appearing in the 2015 Broadway revival of The Gin Game at the John Golden Theatre.

He won Tony Awards for Best Actor in a Play for The Great White Hope and Fences, as well as a Lifetime Achievement Award in 2017 in addition to seven Drama Desk Awards, the National Medal of Arts, and the Kennedy Center Honor.

“The Shubert Organization is so incredibly honored to put James—an icon in the theatre community, the Black community, and the American community—forever in Broadway’s lights,” said Robert E. Wankel, Shubert CEO and board chair. “That James deserves to have his name immortalized on Broadway is without question.”

The Broadway venue originally opened in 1912, designed by theatre architect Thomas Lamb to house productions run by John Cort. It was sold to the Shuberts in 1927.