Creating The World of OTHER WORLD 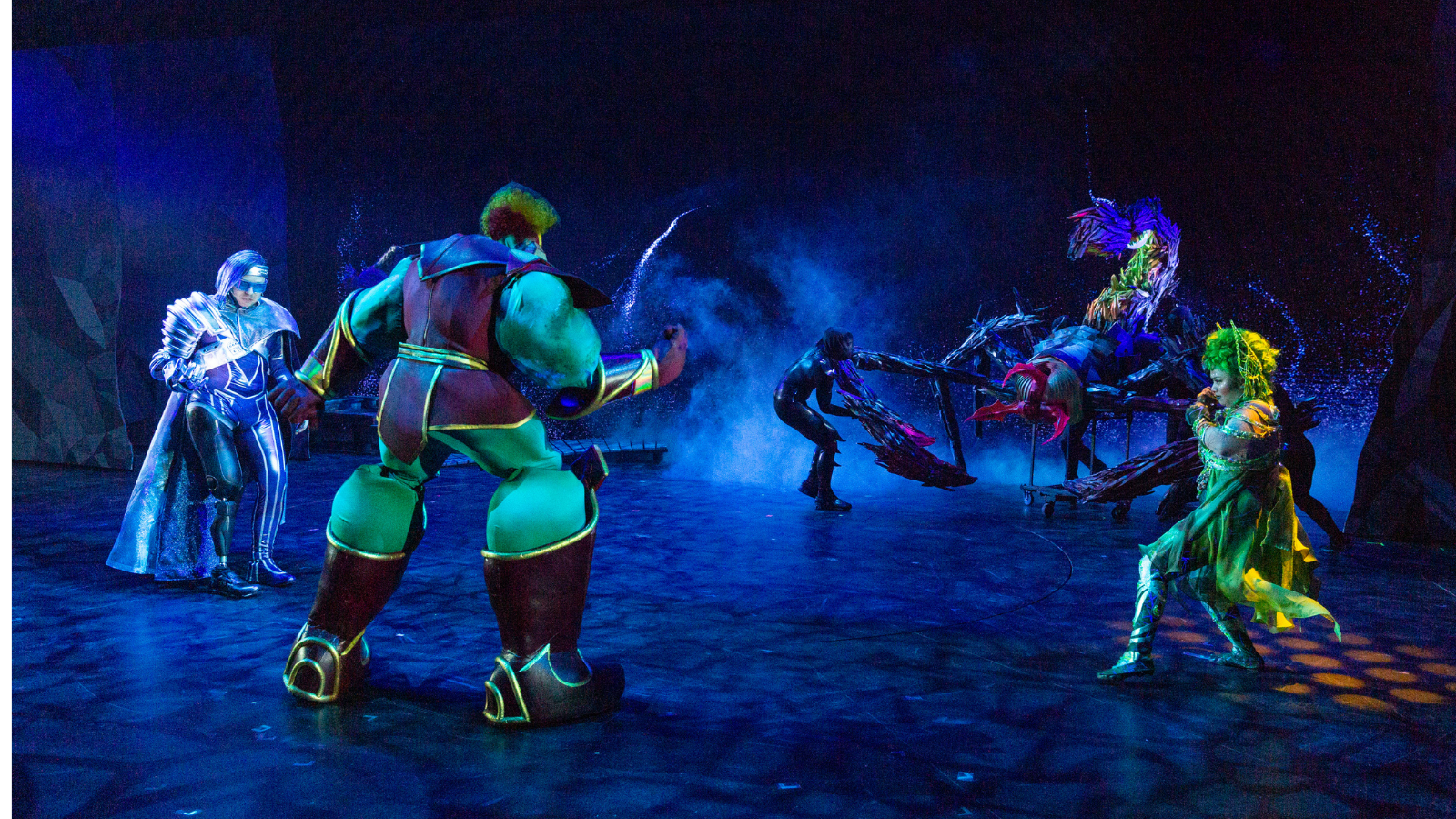 The company of Other World | Photo: Matt Urban

It could be hard to find similarities between musical theatre and massively multiplayer online games (MMOs), like World of Warcraft, but Hunter Bell, Jeff Bowen, and Ann McNamee have. They molded these two worlds together in the form of a new musical making its world premiere at the Delaware Theatre Company.

With a book by Bell and music and lyrics by Bowen and McNamee, Other World follows protagonists Sri and Lorraine and their adventures after they are sucked into the former’s favorite video game. The two have to find a way to escape the game before time runs out.

In addition to being about video games from a plot perspective, Bell said the show explores themes of “connection, family, both biological and chosen” and “how we connect in this modern cyber age.”

The inspiration to create a show centered on the “idea of gaming and how gamers connect” was born out of a shared interest in the world of video games, Bell said. The three have attended gaming conventions, including GaymerX, an LGBTIA+ oriented gaming convention in San Francisco.

The team wanted to try something new, and the world of video games provided the perfect basis for that. “We landed on that gaming world as the backdrop,” Bell said. “We hadn’t really seen that before, especially on a large Broadway musical scale.”

Bowen, who Bell described as an avid gamer, said he enjoyed the experience of bringing together the worlds of musical theatre and video games. “It was such a fun thing to dig deep into video games and video game music, and to learn all the things we wanted to honor and avoid at the same time.”

The creative team wanted to take a fresh approach to creating the show’s music. McNamee said because they were creating something totally new, they had the freedom to subvert expectations. “[Bowen] and I were talking about, ‘I bet everybody’s expecting a lot of electronics,’” McNamee said. “We were 100% on the same wavelength of, ‘No, let’s do the opposite.’”

Some of this freedom came from the fact that Other World centers on a fictional MMO, not an existing one. As a result, there are no audience expectations for what should be on stage. “We get to build it all from scratch,” Bell said. “And the only thing we kind of have to emulate is what our designers and our imaginations get to create.”

At the same time, they were aware that they were creating a piece of theatre and were aware of the limitations and possibilities that come with that artform. “It’s not trying to emulate film or a video game one for one, but it’s the theatrical interpretation,” Bell said.

Other World is making its world premiere at the Delaware Theatre Company from Feb. 23 through March 20. One thing Bell is looking forward to during this run is the opportunity to put the show on for an audience. “There’s one thing to have industry feedback, and one thing to have audience feedback in real time.”

Bowen said he is looking forward to returning to live theatre and having a moment of “remembering why we go into the arts.”

McNamee said she hopes audiences come out of Other World with an appreciation of the different ways people connect.

“At this moment in time, after living through two years of connecting online, one realizes that yes, that is important too,” McNamee said. “That should be valued.”

Other World is now in performance at Delaware Theatre Company through March 20. For tickets and more information, visit here.