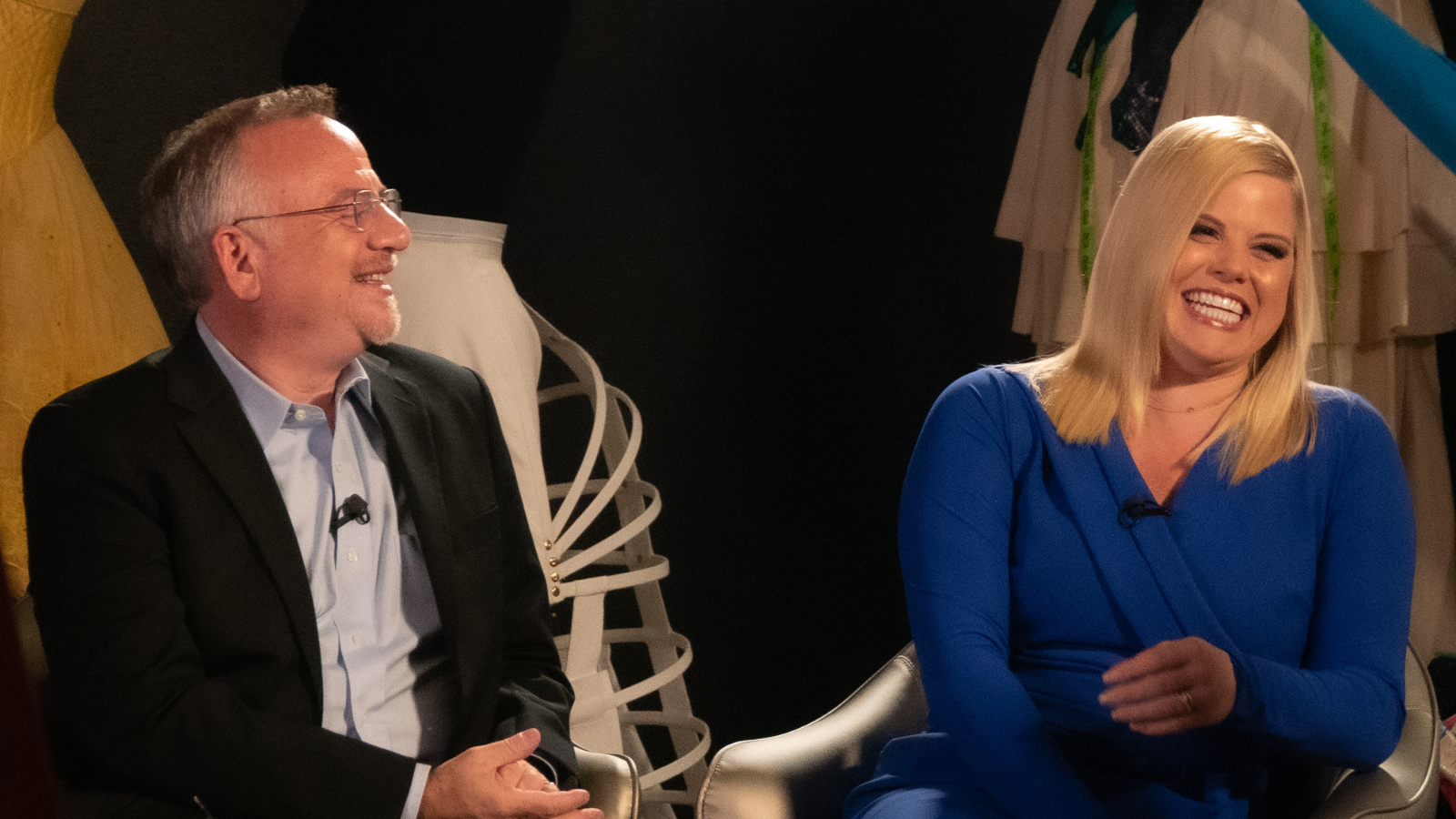 Move over Jimmy Fallon, take a seat Andy Cohen...there’s a new host in town and he just so happens to have a Tony Award. Brian Stokes Mitchell is now in the host’s seat with a bevy of his Broadway friends for some riveting and fun conversations on Crossovers Live! ‍

Streaming on Stellar, Stokes, as he is known in the biz, dives deep with his guests to learn all about them and relive some never heard before stories from Broadway and beyond. Filmed live in the heart of Manhattan’s theatre district at Showstoppers!, audience members have a chance to ask their questions via the chat right from their home.

I caught the latest episode featuring Marc Shaiman with special guest Megan Hilty, and what a lovely night it was. The Grammy, Emmy, and Tony winner regaled us with stories of growing up in Jersey and leaving high school at the age of 16 to pursue his love of music. As a devout Hairspray connoisseur myself, I have loved Shaiman and his music for many years, but it was enthralling to hear his stories from working on Saturday Night Live to befriending and writing for the one and only Bette Midler to his time in Hollywood scoring some of the most well known soundtracks in cinema history.

Mitchell has a way of effortlessly reeling the stories out of his guests and letting them open up in a way we don’t usually get with these stars whom we all adore. When Shaiman has a new musical coming to the stage, we get the typical press bites but rarely hear of his love and passion for activism. Did you know Shaiman partnered with FunnyorDie back in 2008 to write Prop 8—The Musical starring Jack Black?! While at home, the Crossovers team has found the perfect method to create an intimate experience that feels as if you are all catching up with old friends.

Of course, no conversation about Marc Shaiman is complete without talking about Smash. Lucky for all of us, the lovely Megan Hilty joined the conversation to delight us with memories of the short-lived yet much-loved NBC musical drama. Hilty, now living on the West Coast with her son and husband, flew back home to NYC to spend the evening at Crossovers Live! That pretty much goes to show how much Shaiman is adored in the industry.

With a piano in the distance, it was only a matter of time before Shaiman himself got behind the keys and with his accompaniment Ms. Hilty treated the audience to a stirring rendition of “Second Hand White Baby Grand” to close up the evening.

Up next on the docket, Stokes is set to chat with Tony winner Bernadette Peters on September 20, Kristin Chenoweth on October 25, David Hyde Pierce on November 22, and a Holiday Finale with special guests is planned for December 20. You can purchase an event bundle with access to all six episodes both live and on-demand. A portion of all proceeds from Crossovers Live! Will be donated to The Actors Fund.

To learn more and for tickets, visit here.