Curve to Present A CHORUS LINE For Christmas 2021 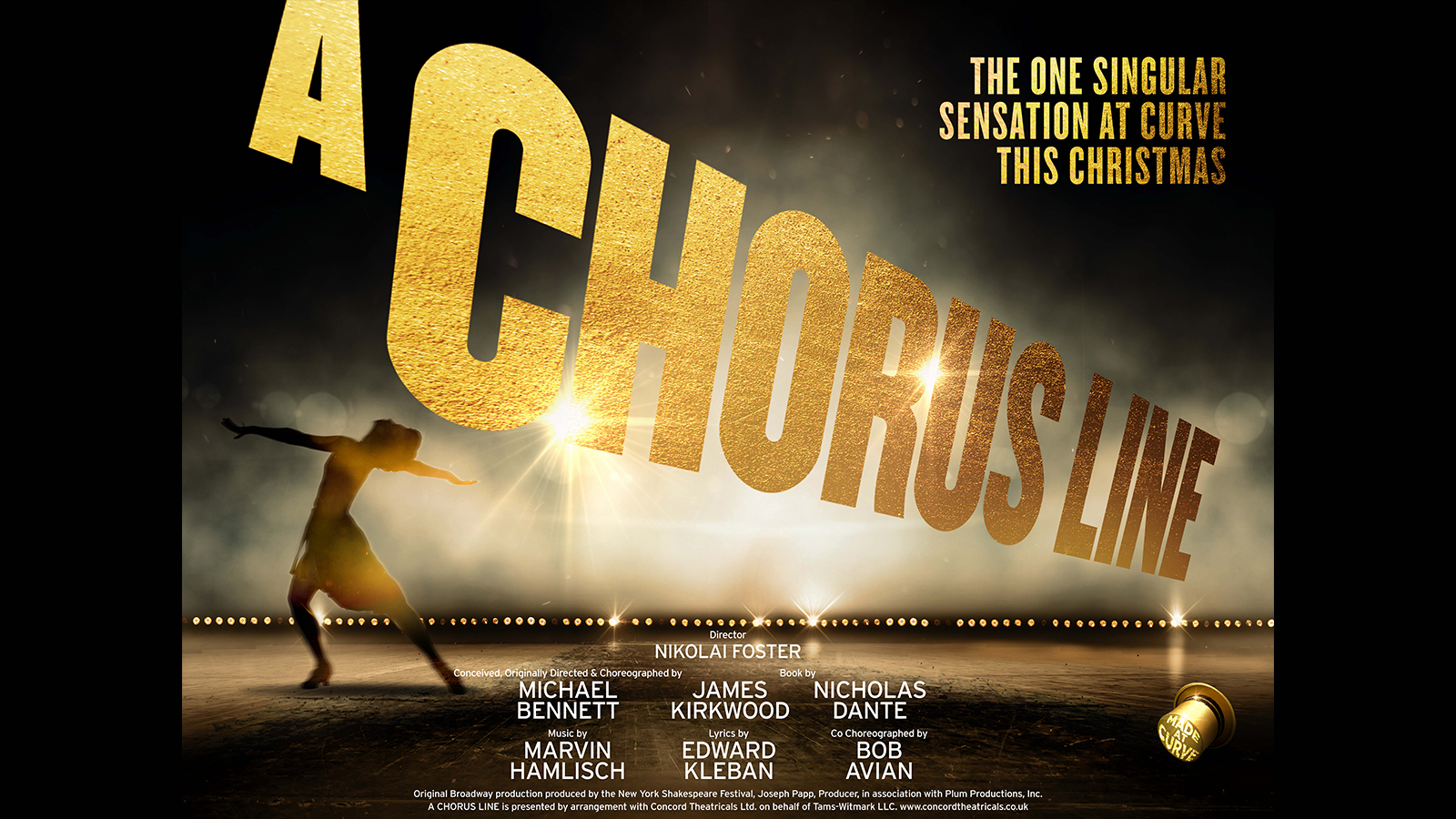 By
Zack Reiser
&
on
Category:
News

Curve is set to bring one singular sensation to Leicester this Christmas with a new Made at Curve production of the legendary Broadway musical A Chorus Line, running Friday December 3 to Friday December 31.

The iconic show will be directed by Curve’s Artistic Director Nikolai Foster, whose recent productions include Sunset Boulevard – at Home (“A game changer”, The Telegraph), West Side Story (“A superb production”, The Sunday Times) and White Christmas (“Dazzling, joyous”, The Stage). Full casting and production team will be revealed in due course.

The news comes as Curve also announces its production of Andrew Lloyd Webber’s The Wizard of Oz has now been postponed until Christmas 2022, due to plans for a national tour of the musical in 2023 following its run at Curve. All ticket-holders for The Wizard of Oz will be contacted by Curve’s Box Office team in the coming weeks and full refunds and exchanges will be available.

With a book by James Kirkwood and Nicholas Dante, music by Marvin Hamlisch and lyrics by Edward Kleban, A Chorus Line features iconic songs including ‘One’, ‘I Hope I Get It’, ‘Nothing’ and the hit ballad ‘What I Did For Love’. A Chorus Line revolutionised the Broadway stage, with creator Michael Bennett using real-life testimonies from late night recording sessions with chorus dancers, to amplify and celebrate the lives of theatre’s unsung heroes.

Curve’s Chief Executive Chris Stafford and Artistic Director Nikolai Foster said, "We have wanted to present A Chorus Line at Curve for many years and emerging from the pandemic, this feels like the perfect moment to produce this mighty Broadway show, the ultimate backstage musical and celebration of theatre itself. A Chorus Line is a love letter to theatre, celebrating the exceptional lives of the performers who make it all possible. It gives a voice to the blazing talents and extraordinary experiences of the people who devote their lives to the performing arts. Through the music of Marvin Hamlisch, A Chorus Line reaches that ecstatic place only musicals can hit and we cannot wait for it to explode onstage in Leicester.

Tickets for A Chorus Line at Curve will be on sale to Curve Friends from Monday March 29, Supporters from Tuesday March 30, to Members and Groups from Thursday April 1 and on general sale from Thursday April 8, all at 12 noon. Tickets can be purchased online at www.curveonline.co.uk.