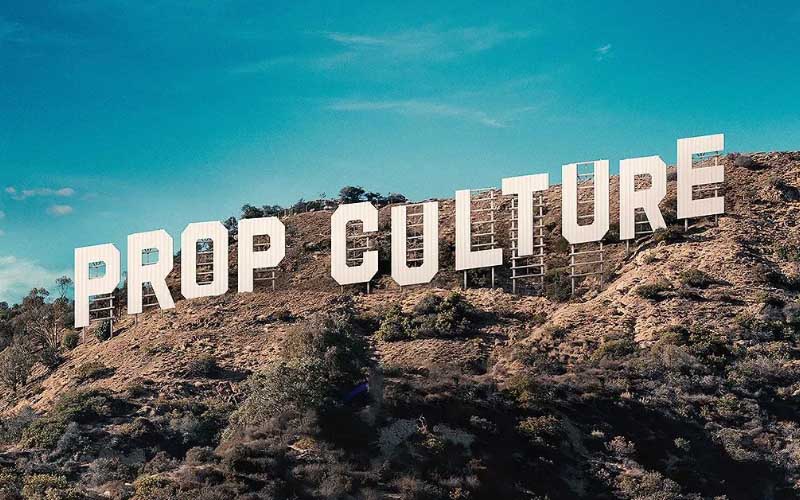 Prop Culture on Disney+
By
Jamey Miller
No items found.
on
Category:
Features

Theatre Talk Boston's television guru Jamey Miller caught up with Dan Lanigan from the new Disney+ series Prop Culture to chat about the epic history of Disney films and how he got started. Get a behind-the-scenes look at season one of the new series which is now streaming.

Jamey Miller: I want to start by talking a little bit about how you got interested in this world. What inspired you to begin collecting props yourself?

Dan Lanigan: Just this passion for film at its core.  Growing up, I was obsessed with Star Wars and Empire Strikes Back and Raiders of the Lost Ark, and Tron, and movies like that. I would watch the behind-the-scenes whenever they were on as a kid, I was collecting action figures and reading comic books and I always kind of had an interest in that stuff.

As I got older, I would spend summers in Orlando and we would visit MGM Studios at Disney World all the time [now known as Hollywood Studios.]  They had this one attraction that I loved known as the Back Lot Tour. One time I was there they had a ton of Nightmare Before Christmas puppets. That just blew me away. I just was astounded because I loved that movie. It had come out fairly recently at the time - I was just stunned at how cool this stuff was in person and how interesting and how much you could learn by looking at them, you know, how they were built and how they were used. You could even see the fingerprints on all of the items.. Next thing you know, I'm finding pieces online and now I'm a collector.

What drew you to the world of movies and inspired you to start a career as a film historian?

You know, I don't think I ever consciously decided that. I think I've always been doing other things. And this is a hobby that has kind of gotten away from me and the combination of right place, right time, combined with my passion. I don't know if I would consider myself a historian. I guess I kind of am. It's through doing the research for finding out how these things are used, that I learned about stuff. And let me tell you, there are a lot of people out there that know a lot more about this stuff. But I track things that I really love. And certain films I would say I know a lot about. I know a lot about Blade Runner and the Raiders of the Lost Ark. And I know a lot about general movie-making. Historian? I don't know… My friends would say I'm crazy for not thinking that I am one.

Your new Disney+ show follows you on the hunt for original pieces from classic Disney films. Disney has these huge archives of production artwork and behind the scenes photographs. What was that experience like - getting an inside look into those archives, which some might consider the Holy Grail of cinema history?

It was spectacular. I had been there a few times before for very specific business when I was helping the Disney archives one way or the other… finding pieces or getting information. But I never had that kind of access that I did on the show. And certainly just the time to be able to walk around and study everything. It was amazing. I could go there every day and find something new for a few years. It’s that amazing and that impressive. They've got material connected to films, but they've also got material connected to all the rides in the parks. The history of the parks are in these warehouses. And then they've got, you know, some stuff that's connected to Walt's personal history that's connected with it, with the family. It's just super cool. It's hard to describe it. Watching the show gives you a taste better than I could ever explain.

In the Mary Poppins-episode, you were able to hunt down the bag that had been won in a sweepstakes and then was hidden in an attic. How does one even begin to hunt down a lost prop?

It depends. It's a case by case basis. That particular piece wasn't something that I was actively looking for. It was found, and I helped bring it to the archives through this series of events. Tracking props… it could take a week. It could take years. It could never happen. Yeah. There's a piece that I've been looking for from Blade Runner… a trench coat. I’ve been looking for that for 20 years. And I can't find it. I mean, I don't know if it exists anymore. So that's the thing. You know, you do your research online. You talk to other collectors. You talk to people who work in the film. It's a lot of detective work. And sometimes you're successful and sometimes you're not. I mean, it is certainly not detective work in the sense that people's lives are at stake or anything like that - certainly not. But it's historical detective work!

In the first episode, you dove into the world of Mary Poppins and came out with some impressive finds. There were even some emotional reunions as choreographer Dee Dee Wood, costume designer Tony Walter, and actress Karen Dotrice reunited with their own pieces. Did you expect those kind of emotional reactions?

I mean, I don't expect anything. I guess the only thing I expect is to have a nice conversation with these people and learn more about them. I think the emotional reactions are just an expression of why these films are important to these people. You know, in the case of Karen Dotrice, you know, she actually owned the hat that she wore in the movie as a kid. So she already had the hat. I knew she was bringing something to our meeting, but I didn't know she had the hat. I was able to get her jacket from the film, which matched the hat,  from a friend of mine. And to bring those two pieces together was pretty special because, I mean, that's a period of her life that was very important.

What is your favorite Disney prop of all time? Have you had a chance to see it in person?

I'll say a Jack Skellington stop-motion puppet. I actually have owned one for many years. So I have to say, I'm very happy in that position. Me coming across this piece was insane. And in the process, I got to meet Henry Selick [the director of Nightmare Before Christmas.] I got to show it to him because I was trying to confirm that it was real. And when he said “Oh yeah. This is one of the original Jacks” I was very excited about it because I love that film. That film is just wonderful. Great.

Obviously the props that you interact with are mainly from live-action Disney film, but if you had the opportunity to interact with ONE item from an animated Disney film, that doesn’t actually exist in the physical world,  which would it be and why?

That is interesting. I never thought of that question. OK, well, I have to say, it's not  an animated prop. But if I could meet Donald Duck in real life, that would blow my mind.

Production design is such an important part of not only the film industry, but the theatre industry as well. What advice do you have for those who want to work in production design or start a collection of their own?

From what I've learned about production design... I'm not a production designer myself, but I have  worked with the production side of some my own productions that I've done, and I've certainly met a number of production designers. I would say, you know, have a passion for the work. You know, let's try and think outside the box. Come up with unique, interesting ways of executing it from a design perspective. And just do your own stuff as well as try and get real jobs, because the more work you can show that you've done, whether it's paid work or your own projects, the more you can show people that you know what you're doing and that you have a passion for it.

Passion is a good way to show people who are looking to hire that you know what you're doing. Look at this amazing stuff that I've done. I'm always come up with new ideas. You know, here's four different variations on a theme that we did for one project. I can work outside the box. I can take direction, but I love this stuff as it’s core.

What do you hope audiences of Prop Culture take away from the show?

I would hope that people who watch the show just gain a greater insight into what it takes to make these movies because I think most people that watch the show are fans of film. But, you know, realizing that there are so many interesting, artistic, talented people literally behind the scenes that don't get profiled. We should celebrate them, celebrate the art that they're creating. Look at these pieces of art that are designed to work in a movie here, that are designed to have purpose in a film.

And also, you know what? Introduce people to all these different skill sets that the movie industry needs because there's so many different skills that are needed to make these amazing films. Maybe inspire some kids to get into the industry by being an engineer or by being a hot rod mechanic or a sculptor or a painter or a producer. It would be awesome.

'Prop Culture' Season One is now streaming on Disney+.