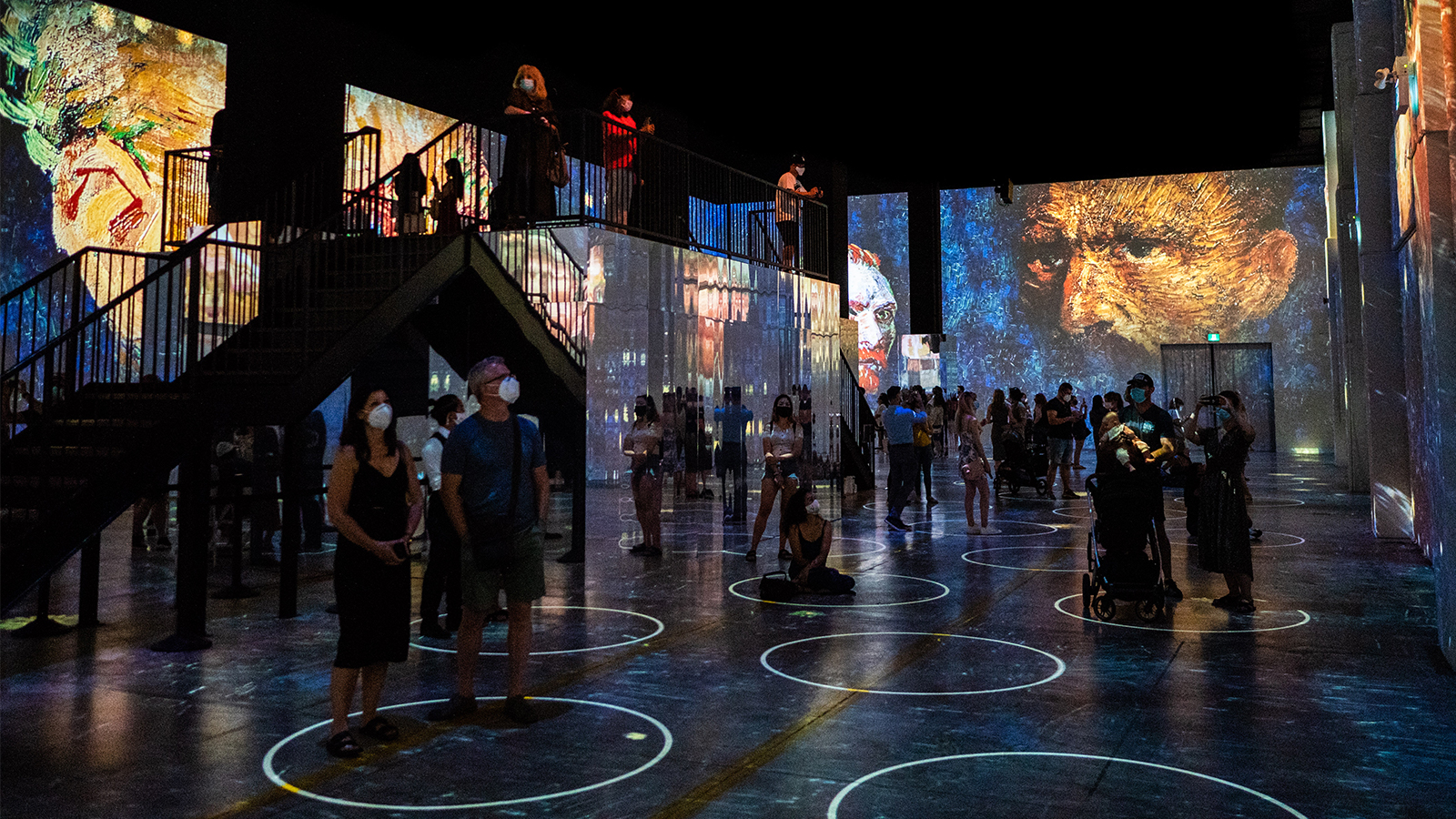 Immersive Van Gogh, the highly-anticipated art installation, today announced via a virtual press conference that it will open June 10 at Pier 36 (299 South St.) a 70,000-square-foot facility located on Manhattan’s Lower East Side with views of the East River, the Brooklyn skyline and the Manhattan and Williamsburg bridges. Recently announced Creative Director New York David Korins, the award-winning designer of numerous Broadway hits including Hamilton and Dear Evan Hansen, also released additional details about his plans for the exhibit. Scheduled to open on June 10, a new block of tickets will go on sale to the public Saturday, April 24 at 10 a.m. ET. The initial block of tickets sold out.

Korins will sculpt the Immersive Van Gogh public spaces, both exterior and interior. This includes the main lobby (which will feature an elaborate, three-dimensional depiction of The Starry Night crafted of 7,500 brushes dipped in paint, as well as an oversized portrait of Van Gogh), and outdoor areas that bring the exhibit outside, taking advantage of the venue’s waterfront location. Korins is also bringing creative technology to make a series of illuminating, interactive and one-of-a-kind elements that offer ways to learn more about Vincent van Gogh, his life, his body of work and to take a deeper more meaningful look at how his work resonates with modern-day audiences. Within the exhibit, Korins will add tiered observation platforms, intricate mirrored sculptures and “secret” spaces for guests to discover as they observe the program.

“I have taken the bones from Massimiliano’s insightful and poetic piece and added new vantage points, intricate mirrored sculptures and secret spaces to create a truly unique experience for our guests. Embarking on this journey has been a thrilling and humbling experience of combining the work of two extraordinary artists and filtering it through my own artistic sensibility to deliver it to the New York audiences,” said Korins.

The team also includes Creator Massimiliano Siccardi; Composer Luca Longobardi and Art Director Vittorio Guidotti, all of whom have created immersive art exhibits in Europe. This winning team will make Immersive Van Gogh the most impressive staging to date and the most expansive in the world, having already opened to tremendous acclaim in Toronto, Chicago and San Francisco, with additional openings scheduled for 16 cities across North America, including Los Angeles, Dallas, Denver, Las Vegas and more.