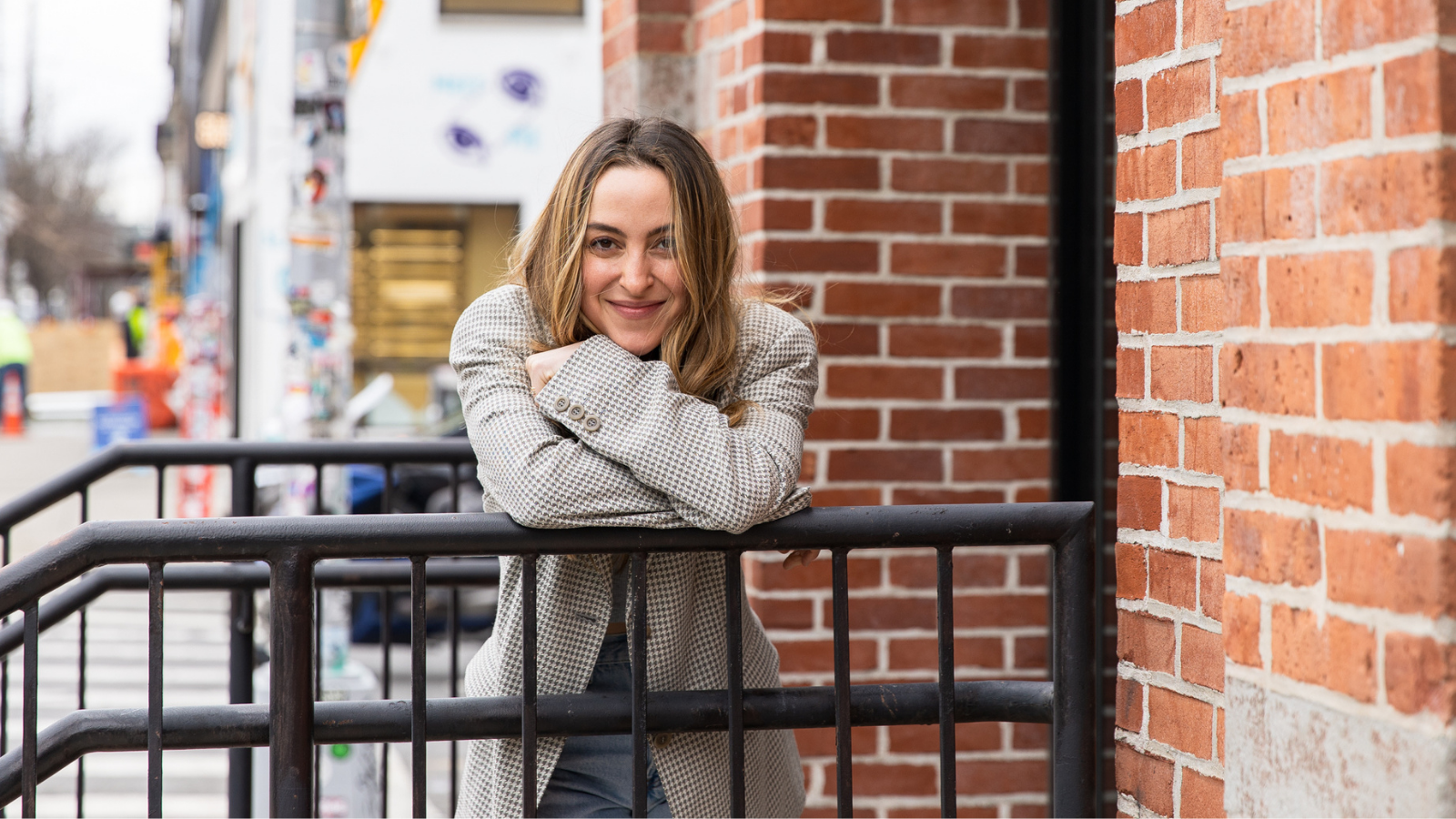 For many performers, after a long 8-show week, their one day off is time to rest and recharge. This week, we caught up with Dana Steingold from Beetlejuice to spend an afternoon with her. Get to know a bit more about Dana in her #DayOffDiary:

Where might we find you on your day off? Taking my dogs on walks through my neighborhood and stopping in to all of my favorite local stores to make sure I didn’t miss anything new that week and catching up on a lot of missed TV.

‍If you weren’t a performer, what would you be doing? Ready for two very different answers? I think I’d either own a small, well-curated concept store or be a detective. I love anything true crime.

‍If you could describe your experience with Beetlejuice in just one word, what would it be? Joyous.‍

Who are you jamming to on Spotify right now? I’m an Apple Music girl myself, but lately it’s been Taylor Swift, A Strange Loop, and Brandi Carlile.‍

What are you binging on TV right now? The Dropout on Hulu and Yellowjackets on Showtime. It’s like Lost meets Now and Then. You will be obsessed.

‍Read any good books lately? How Democracies Die, but I did it as an audiobook during my train commutes. That's embarrassing. Does that count?‍

One Instagram account (besides your own, duh), that we need to be following? @ThatCheesePlate! They create the most aesthetically pleasing cheese plates I’ve ever seen. They are works of art. Plus cheese! Thrilling!‍

Favorite coffee joint in Midtown? What’s your order? I drink one coffee a day, first thing in the morning in my kitchen from my Nespresso machine. Alto Intenso, the biggest cup size they make, with cinnamon and almond milk. I have been known to get a midday matcha when I am crashing at Cha Cha Matcha on 6th and 42nd, though.

‍Pickles on your burgers? Pickles on EVERYTHING. More pickles, please! Especially Zabar's half sours. I have multiple jars in my fridge at any given time. My heart is beating faster just talking about them.

‍Pineapple on your pizza? Sure, why not. I like adventure.

‍Favorite Girl Scout Cookie flavor? I have celiac, so I just have the option of the one gluten free cookie (which the Girl Scouts of America have been very generous in sending to me). If I had to guess, I’d say samoa because I love coconut.

‍What flavor of cream cheese on your bagel? Again, the celiac thing, so not a huge bagel eater, but I do love cream cheese and have been known to put it on many inappropriate dipping items.‍

What is one show you are dying to see on Broadway right now? A Strange Loop! I saw it Off-Broadway and cannot wait to see it again.

‍Favorite memory of working on Beetlejuice? It’s impossible to choose just one having been a small part of it for so long now! I’ll tell you my favorite moment every day, which is hearing the cheers from the audience as the music starts at the top of the show. It is unlike anything I have ever experienced. I still get butterflies and that special, good kind of nervousness, even though I’ve done the show 100’s of times. The other thing I’d say memory-wise is meeting people at the stage door who were brought together through their love of Beetlejuice. It means so much to so many people. We’re a show that centers around a real girl, moving through grief and depression. She’s not a princess, she is not trying to find love in the classic sense. The way it has resonated with people and the fans’ investment in the show is probably the greatest gift/memory Beetlejuice has given any of us. We're back BECAUSE of them! So thank you!

You can catch Dana in Beetlejuice, which is now in performance at the Marquis Theatre on Broadway. For tickets and more information, click here. For more photos, visit Theatrely on Instagram. All photos by Rebecca J Michelson/Theatrely.